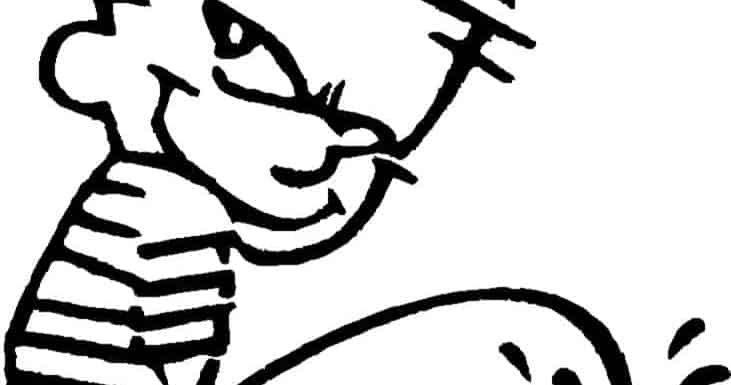 But first I need to confirm that you haven’t been living under a rock these last couple of years, because if you not you’ll have heard of a little book called 50 Shades of Grey.

The book’s success has shown us there’s heaps to learn about the type of man women really want from the fictional characters they fantasize about.

Because characters are the reason why both men and women fall in love with books, movies and TV series. NOT special effects and silly plot twists. No characters = no story.

50 Shades of Grey sold millions of copies because women fell in love with the male protagonist, Christian Grey.

He’s a dark, manipulative and controlling man who goes against everything society tells you women want, yet Anastasia (his lover) falls desperately in love with him.

Now any logical person would think he must be a wild card. An anomaly.

The majority of fictional boyfriends women dream of dating can’t possibly be all like this?

To answer this question once and for all, my friends over at Dating Metricswent on a mission to uncover the truth.

Since women love expressing their infatuation for fictional TV boyfriends in lengthy articles online, they trawled through dozens of “most datable TV character” list and looked for patterns…

If the fact that only 14% of these guys are “nice” isn’t the biggest wake up call you’ve ever had – then I honestly don’t know what is.

**I put quotations around nice because when describing men nice doesn't hold a true definition.  NICE translate to weak or wimp or not being bold.

Bad boys don’t just dominate the results. They clean up.

Keep in mind that Bad boys DOES NOT MEAN A*holes. Very different category of man.

To get the same success with women that these Bad Boys receive, all you need to do is adopt some of these bad boy traits and you’ll be well on your way to becoming perfect boyfriend material.

10 Bad Boy Traits that Get the Girls:

1. Manly Man – Women like manly men who lead, so give them direction. You’re a man who gets what he wants. Quit saying “maybe” and start using more assertive vocabulary like “let’s”, “I want” etc to show women you’re in control.

2. Protector – Stand up for what you believe in, even if that means disagreeing with the woman you like. When you show you’re incorruptible, that you’re not a pushover and will protect what you believe in at all costs women will respect you and be drawn to you.

3. Put Yourself First – When you put yourself first women will never think to put you last.

4. Set Your Own Rules – Stick you your own beliefs, ignore society’s constraints and stop asking for permission or approval.

5. Be Elusive and Indifferent – The less emotion you give off the more emotion women will try to extract from you. Maintain an elusive “I don’t give a sh*t” attitude and you’ll get women wondering about you.

6. Be Unpredictable – Most people lead boring, predictable lives, so they’re attracted to people who are exciting and unpredictable. Mix it up. Become less available, less consistent and more spontaneous to keep women on their toes.

7. A Challenge to Tie Down – The less you need other people, the more other people will need you. So as soon as you give off the vibe that you don’t need women to make your life complete, women will come flocking.

8. Take More Risks – Taking risks is always better than playing it safe because you’ll stand out amongst overly cautious guys. Women aren’t interested in guys who can’t push their emotional buttons, so adopt a “nothing to lose” attitude and start teasing women more when they least expect it.

9. Dress The Part – Your outer style and the way you put yourself together is 1 clear indicator of what kind of man you are.  Dress the part of a well-groomed, put together bad boy and women will see you that way.

10. Unleash Your Sexual Desire – If you’re sexually attracted to a woman do not hint mildly that you’re interested in sexual relations. That’s not sexy. Instead, express yourself, because unapologetically showing sexual desire is extremely arousing for women.

To be honest, I really wish I could change the way that both men and women view the term BAD BOY because to me, bad boy just ='s awesome, confident, leading man who values himself and owns who he is and what he wants.

I guess “bad boy” is just a shorter way of saying that, Ha.

BUT the thing is, that Bad Boy just gives it a negative spin that guys can confuse with being an A**hole.

As you can see above, in the listed 10 Bad Boy Traits That Get Girls, traits desired by woman have nothing to do with being “bad” or “rude” or “mean” or an “a**hole”. In fact, it's quite the opposite.

Do you wish that when a woman saw you she thought “now that's the kind of guy I want to be with.”  The kind of guy that make her toes curl and has her excited to talk to you?? The “bad boy” she craves??

Read this: How To Get Bad Boy Traits That Get Girls

Here the Bad Boys were explained more clearly than ever. Thanks to Marni and datingmetrics.com

Marni, first of all, great list of the 10 BB Traits That Get Girls. If a guy is after quantity,…this will get the job done! You’ve really described a lifestyle that projects the common saying to “Live as it were your last day on Earth” Maybe this comment doesn’t belong on this article, but I thought it was worth mentioning…if said “Bad Boy” finds a girl who he gets really interested in, the above listed traits should be slightly altered but still maintained. 😉 As if you’ve found a woman you want to keep around, other traits become equally important,… Read more »

Hi Marni, My take on Christian Grey is, he is not only every woman’s dream, but every man’s dream as well! Let’s see…he is devastatingly handsome, CEO of his own company, a bazillionaire, an athlete, a pilot, a major stud, an accomplished musician, oh and by the way, he did all this before his 23rd birthday. ARE YOU FREAKIN’ KIDDING? I think there’s more than just the Bad Boy thing going on here. I don’t care how damaged he is, if you can find a straight guy who wouldn’t change places with CG, I’ll buy you dinner…in Paris! TC P.S.… Read more »

My take on Christian Grey is…he’s a fictional character. A woman decided to add all her fantasies – devastatingly handsome, CEO of his own company, bazillionaire, athlete, pilot, major stud, accomplished musician, and young to boot – into one impossible character – because that person has never existed with all that. That would be like me being the MVP running-back for a Super Bowl dynasty team, while owning the largest tech company in the world, all while being the top brain surgeon on the planet, as I have the largest member the world has ever known, and I’m the lead… Read more »

Great, your way is my death way

I completely disagree that these 10 bad boy traits are what truly attract most women. They will only attract women who are dumb enough to take this kind of guy as a challenge they want to conquer. I also believe the “bad boy” depicted here is in reality a rude a*hole and what’s worse a phony! Let`s examine closely these “mysterious and intriguing” traits. 1) Manly man. This trait has been around since prehistoric times when cavemen showed women who’s in control and pretty much always got what they wanted. Today these cavemen still exist: they’re known as chauvinistic pigs… Read more »

Lorrx had some good points but no its proven that a girl is more attracted to guy whose feelings are unclear, hes just saying assert yourself take charge with date plans not wishy washy wimp and he said unappologettically let her know her sexually interested he never said harrass her wow his pshycology of male and how female energey reacts is true and if u agree with a girl on all things she will view you as a male girlfriend not lover you just took what he said to literally a girl is not attracted to a mr agreeable nice… Read more »

Marni, come over and bang me tonight. There I was a bad boy, I was bold.

Christian Grey & “50 shades…” is the result of the very wet dreams of a sexually unsatisfied woman (aka Erika Mitchell). A pity that most women these days are in need of such an extreme ideal of a man to feel anything anymore… Too many movies and books and fiction are blinding them to what reality can offer.