I hope you got a chance to check out the wonderful Adam Lyons who I spoke about in Part 1 of my PUA Summit Wrap Up Report.

If not you can go to the following site below to find about more about Adam and his coaching! 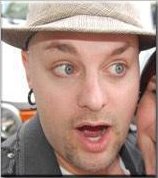 The next speaker I want to talk about was part of the NEW BLOOD panel at the PUA Summit with me! His name is Nick Quick and was formerly known as Adonis. I am sure you have read about him. He is quickly becoming quite popular.

I have known Nick for just under a year. We have done a couple of Podcasts together and aside from his materials I really am a fan of his central belief system of his own persona.

I know why women find HIM attractive and I can see how he could definitely keep up his track record for Same Night Lays.

However, I really believe that his materials explain what works for him and not what will work for all. I may be wrong. He seems to have quite a huge following of men so it must be working.

What I did take away from his brief discussion on the panel was the importance of self belief. If you believe you are going to get a Same Night Lay, I mean really believe, it's going to happen.

Nick is a great guy, very sweet, not an aggressive, abrasive, jerk. He is actually a nice guy but a nice guy who says what he wants and believes he will get it. That is what I believe gets him his Same Night Lays.

That is always a nice energy to be around.

Nick is fun, his energy is up and he is always ready to go.

Again, who would not want to be around a man like that?

He is actually having a special launch of his new site this week so I would definitely check him out if not for his materials and programs but for an example of great positive energy!

You can find him at: https://www.samenightlays.com

Let me know what you think.