Whether they know it or not… Nice guys play by a certain set of rules when interacting with women.

And unknowingly, these hidden rules keep them from actually getting the women they want.  If you’re a nice guy who’s unable to attract women, read this article carefully.

There are 3 rules you follow – without even knowing – that are causing you to push women away. You need to break these 3 rules immediately if you want women to fall for you and want to be with you.

Here are the 3 “nice guy” rules you must break to finally attract the women you want.

Every nice guy on earth has a tendency to hide their interest in women. They want to seduce a girl indirectly.  They want covert methods to make a woman fall in love and think that if they show their interest upfront, they might seem desperate or get rejected.

And look, to be fair, that’s a possibility. Sometimes that will happen. But it’s a risk worth taking. In fact, it’s a must. You have to take that risk.  Like the typical nice guy, if you start to hide your interest in women, you will be put into the friend zone as most nice guys do. 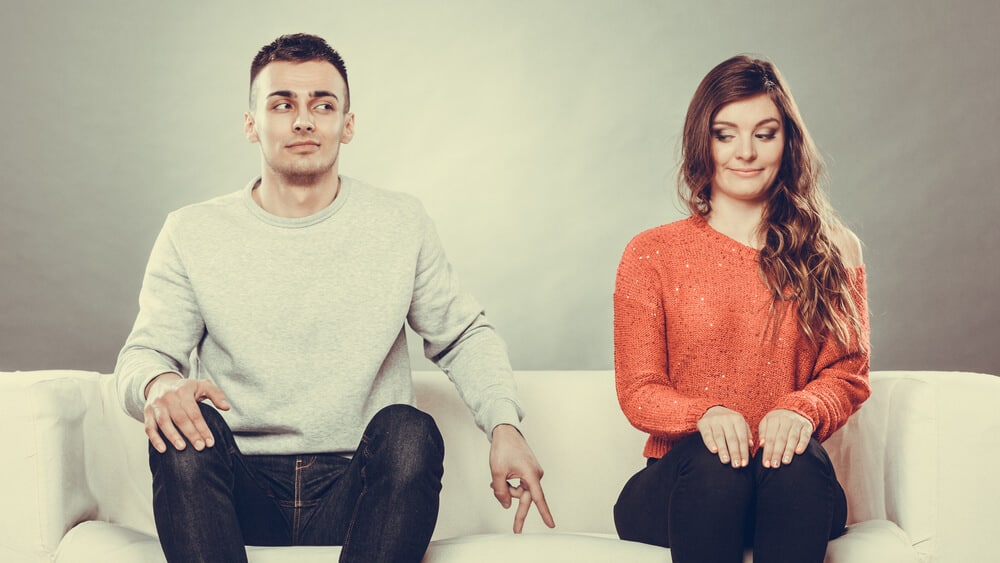 After all if a woman has little or no idea that you like her, but you seem like a good guy…  The only logical thing to do is make yourself a friend.  There’s no advantage in being indirect.  If you’re direct about your interest in a woman…  If you let her know that you’re into her and you’d like to date her…  One of two things will happen. Either she’ll be cool with it and agree to a date with you. Or she’s gonna say no. Both are a win.

I mean, if she says yes, it’s obviously a win. But even if she says no, it saves you so much time and energy. You can simply move on and focus on a different girl.
Nice guys don’t understand this. They choose to be indirect, fall into the friend zone and then hopelessly try to climb out of it and win over the girl.  It’s a losing strategy.  And one you should never use.

Wanting to build rapport with the person you like is a natural desire.  We all want to make a good impression and be liked by the person we like.  But if we obsess over rapport and being liked, it can become a huge problem. And that’s the problem nice guys face.

You see, a nice guy doesn’t just want rapport, he NEEDS it. And not only does he NEED it, but he’s also gonna do whatever it takes to maintain it. That means, he’s gonna play it as safe as possible. He’s not gonna disagree with the girl… ever. He’s never gonna say no to her and going to pretend to like everything she likes and dislike everything she dislikes.

Moreover, He’s not gonna touch her because he’s worried about being creepy. He’ll laugh at every joke she makes, even if it’s not funny.  Basically, he’s only gonna say and do things that are guaranteed to build and maintain rapport. This makes him a people pleaser. And if you’ve watched my channel before, you probably know how much women hate a people pleaser. It’s literally our biggest turn-off. 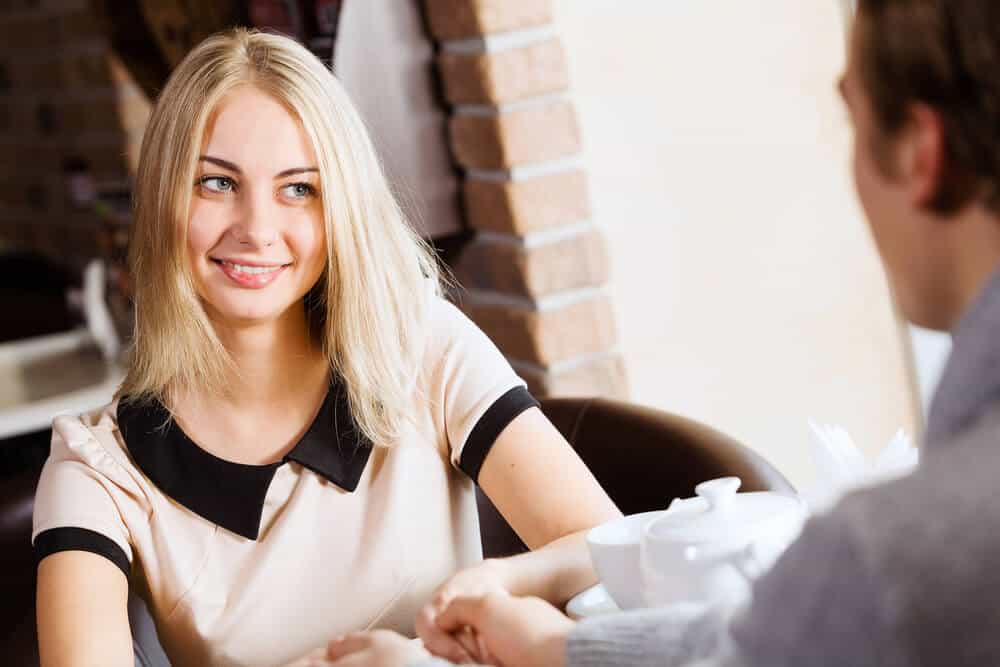 You can be ugly, short, bald, broke, whatever. You’ll still be able to attract women. But if you come off as a people pleaser, you’ve zero chance.  The worse part is, women instinctively pick up on this. It’s like we have a mental software which examines if a guy is a people pleaser.  This means, that if you’re rapport hungry like most nice guys are, women will know.  And it means that it’s time to change your mindset.

Like I said before, it’s okay to want someone to like you. But you must be okay with them disliking you as well.  Because let’s face it, even if you’re the most attractive guy in the world… If you exhibit all the traits of the perfect man… There will be women who don’t like you. And that’s normal.

In fact, if you use the strategies I discuss on the channel or go through one of my programs, you’ll find that many women will like you. Many women will want you. And would be eager to date you. But even with all my tactics and programs, you can’t make everyone like you.  So whenever you talk to women, don’t obsess over rapport. Talk to them freely, express yourself honestly and see what it leads to.

You’ll have so much more success with women if you do that.

Nice guys believe they must get a woman’s validation in order to feel good about themselves. The woman’s approval decides whether they’re good enough or not.
This subconscious rule or belief is where the people-pleasing behaviour stems from. The reason a nice guy does so much to make a woman like him, isn’t just to get laid or get a girlfriend, but it’s to validate to himself that he’s worthy of affection.

The problem with this rule is a massive one. First of all, if your self-perception is based on other people’s perceptions of you, then you’re screwed.  Like I said before, there will always be people who don’t like you.  This means you’ll always have a reason to dislike yourself. What happens when you don’t like yourself?  You seek more validation. You NEED other people to make you believe that you’re worthy of love and affection. 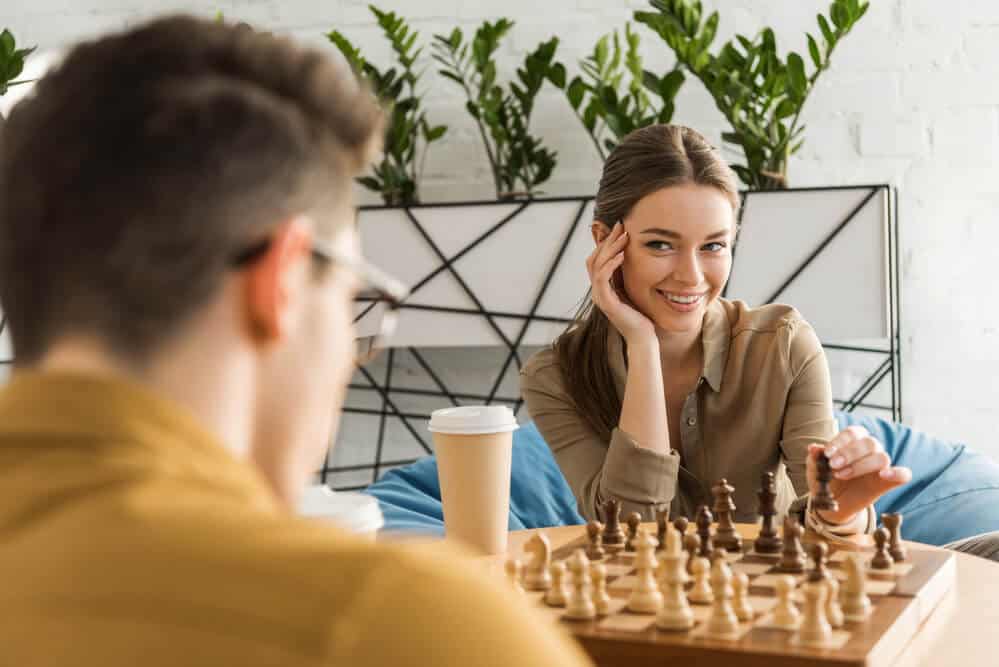 In other words, you become a needy individual. And guess what? No woman likes a needy man. This means, that if you’re super needy, it’ll almost be impossible for you to get any woman to date you. You’ll be forced to remain single. This is unfortunately what happens to most nice guys. And this is kinda like a closed loop.

They seek validation from women… That makes them needy… Being needy makes them unattractive…  Being unattractive makes them feel bad about themselves…
And that feeling now forces them to seek more validation.  They’re basically in a loop. And that’s why they never seem to get any woman they like.

Now, to break this loop, you must stop seeking any external validation. You must learn to believe in your value as a man. You must become self-assured. Of course, this is easier said than done. But there is a shortcut. I’ve been working closely with renowned dating coach and NLP expert Mark Sing. And together we’ve created something extraordinary.

A tool that will help you destroy your insecurities, remove any validation-seeking behaviour and build rock-solid confidence- in just 10 minutes a day. This is a completely new and revolutionary program which we’re calling Visualization Mastery.

I’m certain that you’ve never seen anything like this before. This new program uses the scientific process of visualization to get inside your brain and demolish any negative beliefs you have about yourself. And then replace those beliefs with new ones which give you unshakeable confidence and self-assurance.

All within 10 minutes a day. You simply listen to the program, follow the instructions and watch your insecurities around women and dating get washed away. The best part is… You’ll find a new sense of confidence coursing through your veins after your very first visualization session. That’s how fast it starts to work.

What’s more… When we tested this on 48 guys as a part of a beta test… The results were overwhelmingly positive. That’s why I’m so pumped about this program. Those guys in our test group saw a 300% improvement in their dating lives, within 30 days, with just 10 minutes of visualization. That means 3 times more phone numbers. 3 times more dates. And 3 times more sexual encounters. There’s no reason why it can’t do something similar for you as well.

Feel free to check it out. I’m 100% confident that you’ll love it. There’s never been a tool like this for guys. A tool which allows you to remove insecurities, build confidence and therefore become attractive to women – all in just 10 minutes a day. If you’re interested, have a look at it right now.