Getting dates and building attraction with beautiful women is easier than you think. Most guys overthink and overcomplicate the dating process. But it actually does not take a lot to date amazing gorgeous women.

For goodness' sake, if Pete Davidson can do it, you can do it too. I'm going to show you three simple no-BS ways to build attraction and land dates with attractive single women of your choice. If you follow all of these 3 strategies to build attraction that I'll share with you today, you will immediately double or triple your chance with women and get more phone numbers, dates, and even sexual encounters than ever before.

All right, here are the three simple ways to build attraction and get dates with beautiful women.

A while back, my sister visited me in Los Angeles and one night, we were watching an old movie called The Secret Life of Walter Mitty. The one with Ben Stiller while having a bottle of really yummy wine. One of the scenes in that movie illustrates this point really well of taking opportunities.

I'm not sure if you've seen this movie but the opening scene is Ben Stiller's character sitting by the computer, looking at an online profile of a girl he likes and wants to send a wink. Because that's like old-school online dating talk for approaching.

He stared at that swing for 10 minutes and you could tell that wasn't the first time he was debating this wink because I'm a wing girl and I coach men to get the girls they want. By just going for it, this scene was painful for me to watch. It was like my heart was being ripped out of my chest every second he continued to debate and wait.

And finally, he doesn't. But the computer craps out on him and the wink is unable to send. Missed opportunity. Something that I know happens to every single guy every single day. It's what happens when you wait to do what you want. When you debate. When you let your false beliefs and excuses get in the way of going after what you want. 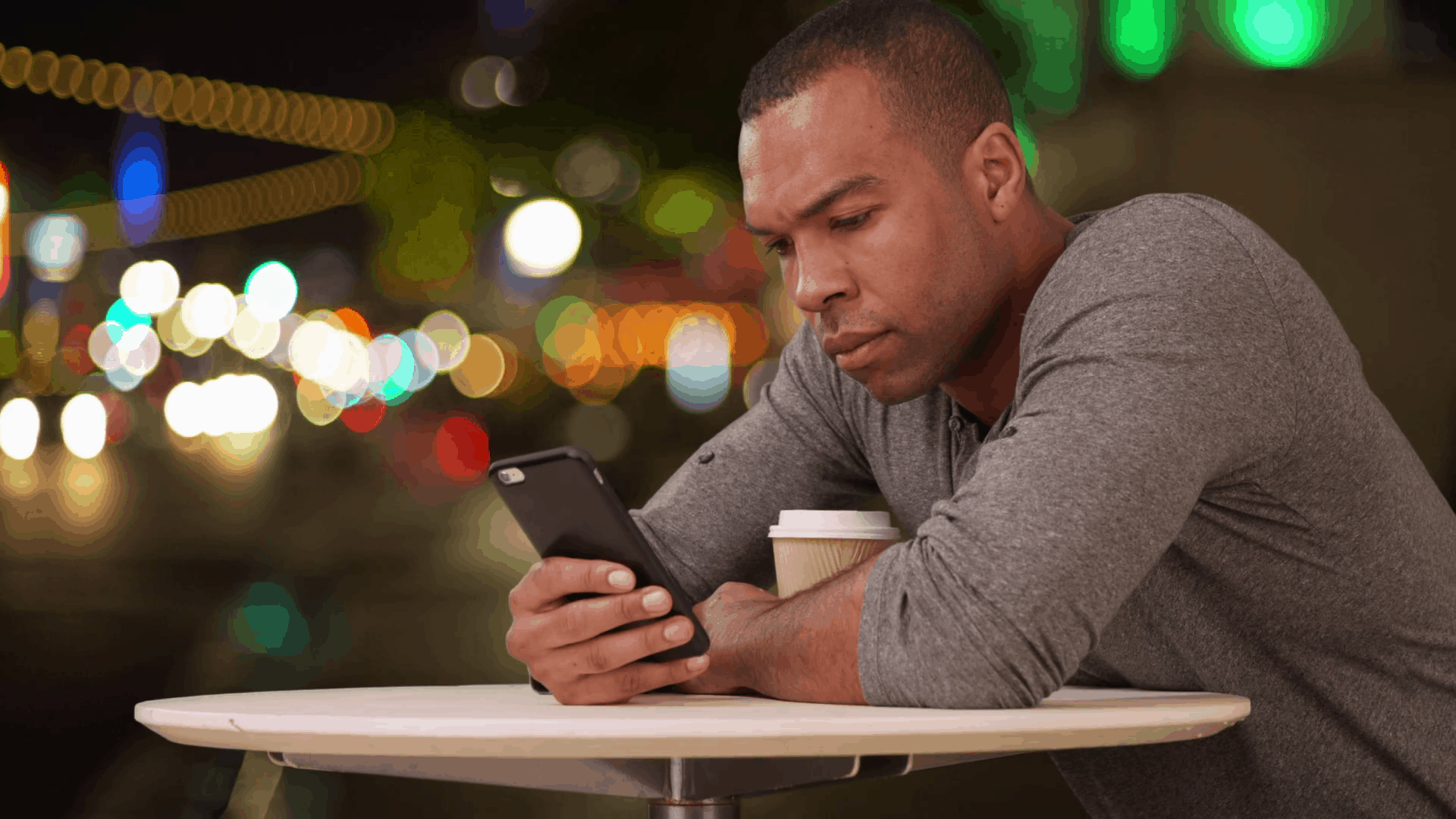 And this is what separates guys who sit at home on a Friday night playing Call of Duty or watching Netflix from guys who are out on a date with lovely women. The guys who get lots of dates don't let opportunities pass by. And that's why they tend to get what they want so often.

So wear a rubber band around your wrist for this week every time you think to yourself, I want to do X. I want to approach that woman. Say three, two, one, go, then snap your rubber band and do it. It's very straightforward but it will force you to avoid delay, avoid getting caught up in your head, and actually go talk to women.

And here's the thing. Approaching a woman without a delay, without hesitation is a quick way to display confidence. It positions you as a bold, self-assured man from the get-go. Which obviously improves your chances of getting her number or landing the date.

Most guys when talking to a woman, they hide their sexual interest. They try to play cool, act aloof, act friendly, uninterested. Many take like the nice guy route and act super polite. Like totally asexual. But either way, the result is the same. The girl doesn't show any interest and most likely puts the guy in the friend zone because he's been acting like a friend.

And I've said this a million times before. If you're interested in a woman, show her. It's extremely important that you do. I don't mean like grab her boobs or rub up against her like a dog. But show her with your voice, with your body language. Again, this is so extremely important for you to do. And there are two reasons why. 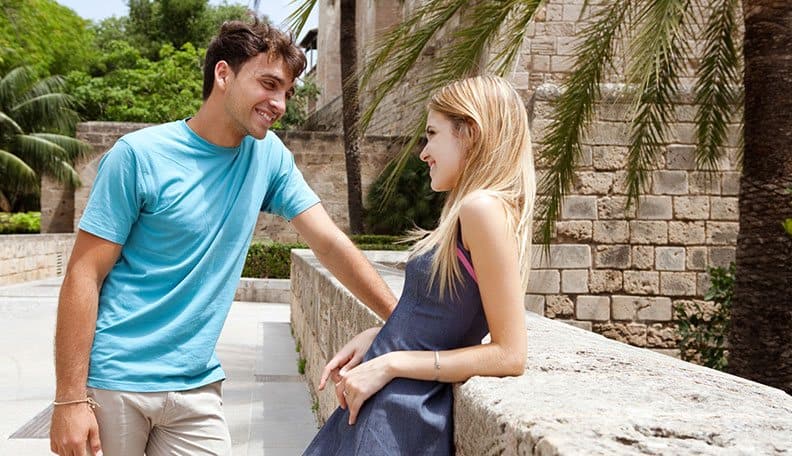 First, because it's extremely bold and shows massive confidence. In fact, research even shows that bold displays of sexual interest or desire is one of the biggest turn-ons for women. Secondly, because it protects you from the friend zone. If you don't show any sexual intent, she's going to assume you want to be her friend even if she likes you.

So saying something like: Wow, you're really smart or you're so caring is not a sexual compliment. That is a friendly compliment. It doesn't imply that there's sexual interest.

And that's the whole point. Implying that you see her in an asexual context making it clear and you don't have to be clever or humorous about it. I mean it helps if you are but keep it simple and direct. And most women will be impressed by your candor and your boldness. And it will light that sexual tension required to escalate things to the next level. 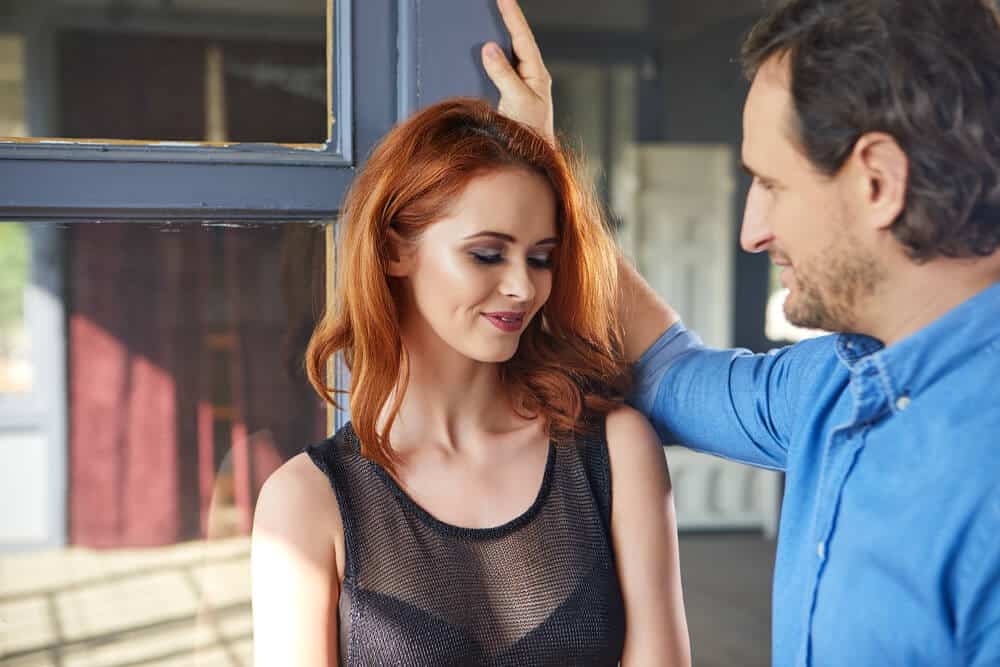 Not results. So one night, I was out with my girlfriends for dinner and this cute bubbly waitress was looking after our table. And after about 20 minutes at the restaurant, we still had an order but we were having an amazing time. Or I mean at least I was.

Then one of my girlfriends leaned over and said: Will you stop flirting with the waitress? I'm starving.

I looked at her shocked. I've obviously been doing this for a long time not realizing that I was flirting with the waitresses and that my flirting was distracting the waitress from taking our order. So I said to my friends, I didn't even realize I was doing it. I obviously am a great wing girl. I'm good at what I do but it was too late. I had already started it and it was just something that I was naturally doing without even knowing.

And that night, I realized two things. One that I flirt with girls without even knowing. Thanks to all of you. Two that I'm really freaking good at it. I mean you should have seen that cute waitress fawning all over me. I'm not lesbian but still. But anyways, the real question is why does it come so naturally to me? Why is it so easy for me to flirt with a woman? And I had two theories.

First, obviously that I teach this stuff to guys so the lessons get internalized. But that's only a minor part of the reason. The major factor here as I found after a little introspection is this.

I've always associated flirting with fun. I don't flirt to make someone like me or to get laid. I do it to feel good, to have fun, and to enjoy myself. And most guys don't do that. They flirt to get results, to get her number, a date, sex, etc. which puts a lot of pressure on their minds and messes things up.

And flirting is supposed to be an act of relaxation and fun. It is adult play. The guys who are the best at it flirt just for the sake of it. The act itself is the reward. And as with me and that waitress, they also have girls fawning over them. So the takeaway here is simple. You need to stop flirting for a result and develop the mindset that flirting is just about having fun. It's about being playful and amusing yourself.

If you come from that place of self-amusement, you will see that women naturally start to flirt with you. Now of course, if you're not used to being playful and flirty, it helps to know some proven tactics to express your flirtatious side. In my program, the F Formula can help you with that.

It boils flirting down to a simple three-step process that any guy can master over a short weekend. And you can use it in any conversation to create hot sexual chemistry between you and the woman you're talking to. And if you're interested in that which I would hope you are, click here and check out the F Formula.

Thousands of guys have already used the F Formula to attract, date, and sleep with the beautiful women of their choice. And there is no reason why it cannot do the same thing for you. The best part is the program gets straight to the point. It tells you exactly how flirting actually works. There is no fluff and everything is broken down into simple steps so you can master it as fast as possible.

So if you're serious about dating beautiful high-quality women, you are going to absolutely love the F Formula. So click there and take a look at the F Formula.