Marni's Wing Girl Method > Blog > Attract, Date, Seduce, Connect > 5 Hidden Signs She Likes You And What To Do If You See Them

5 Hidden Signs She Likes You

Want to know the subtle signs a woman likes you? These are the signs that women give when they flirt with you.

These strange signs on surface say, “I'm not interested”.  What they really mean is, “I’m totally into you, you silly fool. Make your move”.

Now, let's decode the signs that she likes you so that you feel confident to make a move.

One night I was out with one of  my single girlfriends, Sara, doing a little recon work for you.

While we were out, we bumped into a guy named Jared.

Jared is this guy that my friend Sara has been totally into for months but he has never made a move. Nor has she ever told him that’s she’s into him, she's only given him subtle signs she likes him

I had her talking about Jared before but this was my first time meeting him. From what I could see as they were talking, he was totally into her too.

I see this happening all of the time; two people who obviously want each other but are both afraid to move things forward and say it out loud – aka a BIG time waster!

After Sara talks to Jared for a few minutes she comes back to the table to ask me what I thought about their interaction.

I told her that from what I could see, he was into her and I wish she would just stop playing games with him and either be more overt with her flirting OR just ask him out already. It's 2019 not 1920!

She quickly shot me a glare that said, “I'm the woman. I'm not making the first move!” This look shut me up quickly.

So we moved onto ordering drinks and changed the subject.  Even though I could tell that Sara was totally fixated on whether or not Jared was noticing her.

Then things got interesting.

Pay attention to the games 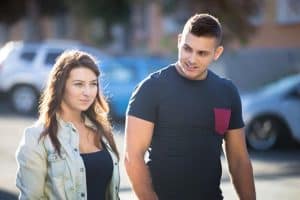 Most likely you have been on the receiving end of this confusing behavior I'm about describe to you.

Even more likely, you've interpreted this behavior incorrectly and I don't blame you for it.

We get our drinks and Sara decides she wants to socialize and “be hit on” or “get some attention” as she calls it.

We move around the bar and talk to a bunch of guys. Every guy Sara talks to, she makes sure that Jared can see it.

As she talks to each guy: she over-exaggerates her moves, she touches them, and laughs when there really is no need to laugh.

Every few moments she glances over to see if Jared is looking at her. When he is she gives him a quick smile or maybe a little wave.

Point being, these childish things we do to get attention do not stop in adulthood.  Label it as “games”, “testing” or whatever you like.

From a female point of view it doesn't feel like a game at all.

The “push pull dynamic” could be a sign she likes you 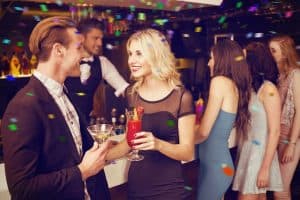 Games are fun. This process of trying to get someone to notice you without being overly masculine and aggressive is down right exhausting.

Since I'm a Wing Girl I can see how confusing this behavior is to Jared.

With her actions Sara was trying to be coy about her interest in Jared.  She didn't want to pounce or seem needy or too obvious.

To combat this she showed disinterest and flirted with others guys.

Seems totally silly right? Yet it's what we do!

Sara didn't know that her actions were actually confusing Jared and leading him to believe that she had absolutely zero interest in him.

When subtle signs that she likes you lead to mixed signals

Sara was hoping that this would make Jared think, “Wow, lots of guys want Sara. She's a hot commodity. I better get this girl now because if not someone else will snag her.”

Most likely what he's actually thinking is, “She's not interested in me if she's talking to all those other guys.”

Even worse he might start to think that Sara is just a serial flirt and lose interest entirely.

Then Sara made her most stupid move of the night. The same move that so many girls make that screw them out of what they want.

The night was coming to an end and we paid our bill, grabbed our coats and walked right by Jared only giving him a simple wave goodbye.

I've learned that with my girlfriends I can't always play the “expert” card and just have to act like a supportive friend, so I didn't say anything.

Deep down I knew how stupid she was being. She was so obviously into him and going about it the wrong way.

I'm sure you've experienced this exact behavior before.

And I'm pretty sure if you have then just like Jared you totally thought to yourself, “This girl is not into me” and again, I don't blame you.

Because from the logical information being presented to you, it seems like she doesn't.

Don't be afraid to make a move 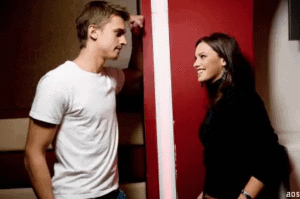 But, when a woman does what Sara did it means she's totally into you and wants you to take action.

She's too nervous or insecure or uncomfortable just putting it out there.

Just like you she doesn't want to be rejected or find out she has misread the situation.

She wants to feel like a wanted woman who is being pursued by a confident, bold man.

Now I know you are probably thinking: “Women are so annoying. Why does she have to play games like that. Why is it my responsibility?”

Of course, you are right to think those things.

Just remember it's my job as your wing girl to give you insight so that you get what you want. My job isn't to fix women.

So you can pout about the way women are or you can laugh at this childish behavior and then capitalize on this knowledge by understanding and acting on it.

I would have loved to see Jared come up to Sara half way through the night and say “I know what you are doing” or “When is my turn to flirt with you?” with a big smirk on his face and then continue to tease her and engage her in flirty conversation.

Then finally ask her out! As the man, I want you to…

Lead her towards what you want.

She will let you know if she doesn't want it.

Don't waste your time or her time by protecting yourself and doing nothing.

Want to have the tools to confidently flirt with any woman you're attracted to? Want the ability to read the subtle signs that she likes you? Then I have something for you.

Flirting confidently is the skill that if Jared applied would have made Sara drop all those other guys and laser in on him.

Go take a look at my top-rated program, The F Formula by clicking the here now!

It’s a program that shows you how to flirt with women and tap deeper into our emotions.

It triggers a gut reaction that fires up our emotions. When her emotions are activated she stops giving you subtle signs that she likes you, and starts giving you red-hot signals that she's attracted that you can't ignore.

Unlike the typical conversations we have with most men, which fall flat.

This is the fastest way I know of to create the gut-level attraction and sexual tension that we find irresistible.

To learn more on how to quickly and easily ignite feelings of emotional connection in any woman you speak to through flirting, simply click here to find out more 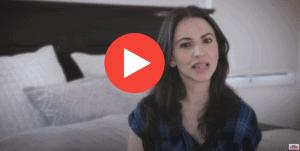