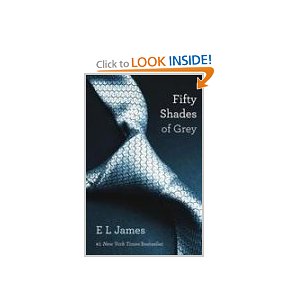 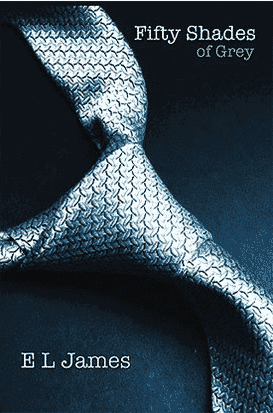 I just finished reading 50 Shades of Grey and my libido is pumping!!

I totally get what all the fuss is about.
If you haven't seen a woman reading 50 Shades of Grey yet, where have you been?

Women are flicking through this thing over lunch, browsing it on the subway, and reading it out loud at their book clubs… and whats crazier?

They are all getting wildly turned on by this simple piece of fiction. 50 Shades of Grey explores women's sexual fantasies. It is a book about sex, erotica literature, and it has the entire female population mesmerised.I highly suggest you get yourself a copy as it's a direct insight into the female libido!

But before you rush to the store to pick up a copy, I wanted to share my thoughts on it with you. Because I feel this is one book where you need a woman's opinion to guide you through the hidden details in it to what women find so attractive; as it may not be what you think!

Because once you do, you will have unlocked the secret to every woman's hidden fantasies and be able to seduce any woman you want.

So here's the bad news: not all women want to be chained up, spanked, or blindfolded. Don't think, “oh that's what I have to do, string a woman up in ropes and use her as my sex slave because that's obviously what all women secretly want”.

Remember: the book is fiction, and so the relationship is exaggerated.

However, while you may not be a 27 year old billionaire with a helicopter there are a few valuable lessons you can learn about what women want that I want you to notice. Many guys reading this book will assume that the reason Ana Steele is so interested in Christian Grey is because he's young, good looking, and rich.

But the female readers can't actually see Christian Grey, they can't take a ride in his helicopter. What really engages them, what really turns them on, all occurs within the mind. There isn't actually any sex until way beyond 100 pages in!

What does that tell you?

That sexual tension, for women, is in the mental anticipation of what might happen. It is her not knowing if she can control herself, how he's going to seduce her. It's not about jumping right into the whips and the chains: it's about Ana feeling like Christian really wants her, and building up her expectations.

Christian frequently says things like, “If I want to I will…”

He is leading his own life and vision, and women love that! Now you can use something similar: try telling a woman that you wanther to check out a restaurant or a band you think she'll love. This is so much better than speaking in a weaker, less certain way.

Being direct isn't the only thing that makes Christian Grey attractive though: he also makes Ana trust him, he shows to her that beneath his suave exterior that there is a vulnerability. He mentions past traumas and at times the mask slips, he isn't as perfectly in control as he initially makes out. Rather than being a turn-off this makes him more attractive to Ana. She feels like he is sincere, he is passionate and that there's something deeper happening, that he is in love with only her.

He shows that his entire attention is on her and frequently tells, “You are mine”. In the book this can come across as possessive behavior, which isn't attractive. However, I want you to take from it that women like to feel desired by men, that a man isn't just with her because he has no other options, but because he truly wants to be with her.

Women don't want you to be a billionaire, but they do like a man who has authority and confidence.

Women don't necessarily want a man to dominate them, but they do want a guy to adopt the masculine role and lead.

Women don't want a guy who literally owns them, but they want to feel desired and wanted.

And do you know what the best lesson you can take from 50 Shades of Grey is?

That women love sex too, that they want to meet men and that this book has woken up the libido of thousands and thousands of women all around the world!

Go get yourself a copy here: https://amzn.to/PQXDIH