Just found this great article on the 6 habits keeping you in the friend zone. I agree with EVERYTHING said in the article.  Read it and let me know what you think:

6 Habits Keeping You in the Friend zone

When you’re a dating instructor you meet all kinds of men with all kinds of love-life problems. I’ve met 50-year-old divorcees looking to get their groove back on and I’ve met college kids trying to bang their hot professors. But the types of men that I deal with the most are those stuck in the dreaded friend zone. Which doesn’t surprise me at all.

You see, what a lot of men don’t understand is that a woman’s sexual attraction mechanism is almost auto-pilot driven. This is why you can never talk a woman into sleeping with you. In fact, most women, at least on a subconscious level, know within the first few minutes of talking to you if they see you as a potential romantic or sexual partner. And the men who find themselves stuck in the so called friend zone are those who carry habits that do the very opposite of what triggers a woman’s attraction mechanism.

So if you’ve found yourself stuck in the friend zone, crushing majorly on a cute girl who only calls you to complain about the guys she wishes she was dating; you might want to read on and see if you’ve been committing any of the following six attraction sins.

There are two types of men in the world. The type of men who know what they want in life, and go after those things fearlessly and unapologetically, and the type of men who hang around the fringes hoping for a sign that the moment is right. Unsurprisingly, it’s the second type that often gets stuck knee-deep in the friend zone.

You see, every time you hesitate in your interactions with women; be it to approach her, ask for her number, set up a date or kiss her; you might be telling yourself that you’re waiting for the right moment or a green light from her. But what you’re really doing is telling her that you’re too timid and afraid to make a move. And this isn’t something that women find attractive. There is literally no woman in the world who dreams of a man who’ll try to befriend her for months before working up the courage to tell her that he likes her. These are the men who end up getting demoted to the friend zone.

So be bold, take risks and put yourself on the line. When you’re trying to set up a date with an attractive woman don’t, tell her that there’s a great restaurant that you two should check out. Tell her that you know of a posh restaurant where the two of you can play footsie under the table, get drunk and, if all goes well, make out and embarrass the snobbish patrons.

Being a challenge can be hard; especially when you’re so into a girl. It’s normal to want to spend every waking minute hanging out with her. But here’s the thing. Most attractive women have dozens of men pursuing them at any given moment. They pretty much have their pick. So what they really crave is the adventure of pursuing a man who is a challenge. It’s just human nature. We want the things that we’re not sure we can have.

A girl might find you attractive, but as soon as she knows she can have you easily, you lose most of your allure, and you end up in the friend zone. So be a bit unavailable. Start small and work your way up. Stop leaving your Facebook chat signed in 24/7. Stop checking your Whats App messages every few minutes. Find a hobby. Keep yourself busy. Have a life; an exciting one, preferably. And soon you’ll find women flocking to be a part of it.

A huge mistake that a lot of men make is that the moment they get even the slightest sign of interest, they latch onto her tighter than a barnacle. For example, a girl might talk to you at a bar or a pub, and even find you interesting and attractive. But the moment that she realizes that you’re not leaving her side for anything she’ll start feeling claustrophobic and reevaluate her romantic intentions towards you.

So do both of yourselves a favor and give her the gift of missing you a bit. Remember; when you’re in the process of attracting a woman every minute you two spend together needs to feel special. And being too clingy is the most sure-fire way to ruin a potentially successful seduction.

OK, so probably 90% of men know that showing too much interest too soon can be a bad thing. But did you know that showing too little interest can also backfire on you? Let me explain. A lot of men make the mistake of thinking that they should never show interest in a woman that they find attractive. But what they’re missing is the powerful difference between genuine interest and generic interest. Generic interest is when you tell a girl that her hair looks nice. Genuine interest is when you tell a girl that you love the way she twirls her hair when she gets nervous or excited.

You see, a girl might find you attractive and might see you as a potential romantic or sexual partner, but if you don’t show her that you notice and appreciate the unique things that make her ‘her’, she won’t have a reason to pursue a romantic or sexual outcome with you. And she’d be forced to put you in the friend zone.

So when is the right time to introduce a sexual vibe to your interactions with women? A day? A week? A month? The answer might surprise you but, I think you should do so as soon as you can. You see what happens when you hold off on introducing any sort of sexual energy to an interaction with a woman is that any sexual advances you may make in the future will feel too sudden and forced. And even worse, the spark will be gone.

So even if a girl does find you attractive the chances of her trying to initiate a sexual vibe are low. And if you don’t do so yourself, the chances are that she’ll gradually start to get bored and slowly relegate you to the friend zone.

Not Making Your Intentions Clear

At the end of the day it doesn’t matter what you want from your love life, all that matters is that you communicate your expectations and intentions clearly. It doesn’t matter if you’re on the lookout for a one night stand or a long term relationship, what’s important is that you communicate this to the girl that you’re interested in. If you are too vague, she’ll feel like she’s in the passenger seat of a car without a driver and she won’t feel secure pursuing the interaction with you. And in the end she’ll have to automatically keep you in the friend zone for her own sake.

By Patrick Banks:  Dating coach and owner of Wingman Magazine 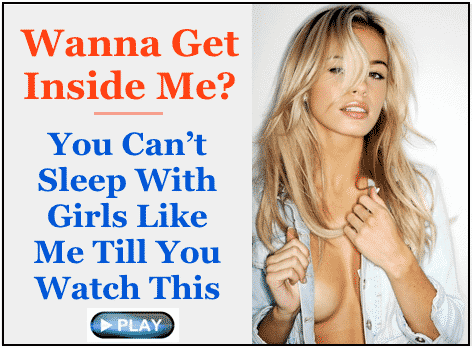 I’m guilty of all of them. But approaching people everyday and talking to them is reducing the anxiety making it easier to talk to people and say what’s on my mind and making conversations easier to initiate. I’m also noticing the suttle things wemen do.

Unfortunately, the internet didn’t exist and I had no one to teach me these things when I was 13. At 59, it’s too late for me.