Which sucks. These subtle behaviors which might seem might not seem like a big deal end up being the curse that stops them from dating the women that they want.

And that is why in today's video, I want to show you these attraction killing behaviors, six of them to be precise so you know what they are and how to avoid them in the future.

I highly recommend that you pay attention to each one so that you don't miss anything. With that said, let's get right into it.

Here are the six subtle behaviors that you could be doing that push women away.

Have you ever spent hours or days trying to find the meaning of something a girl did? Maybe she texted you late one day, posted a picture with a guy, or gave you a shorter reply than usual, and then you started to freak out about what it meant. 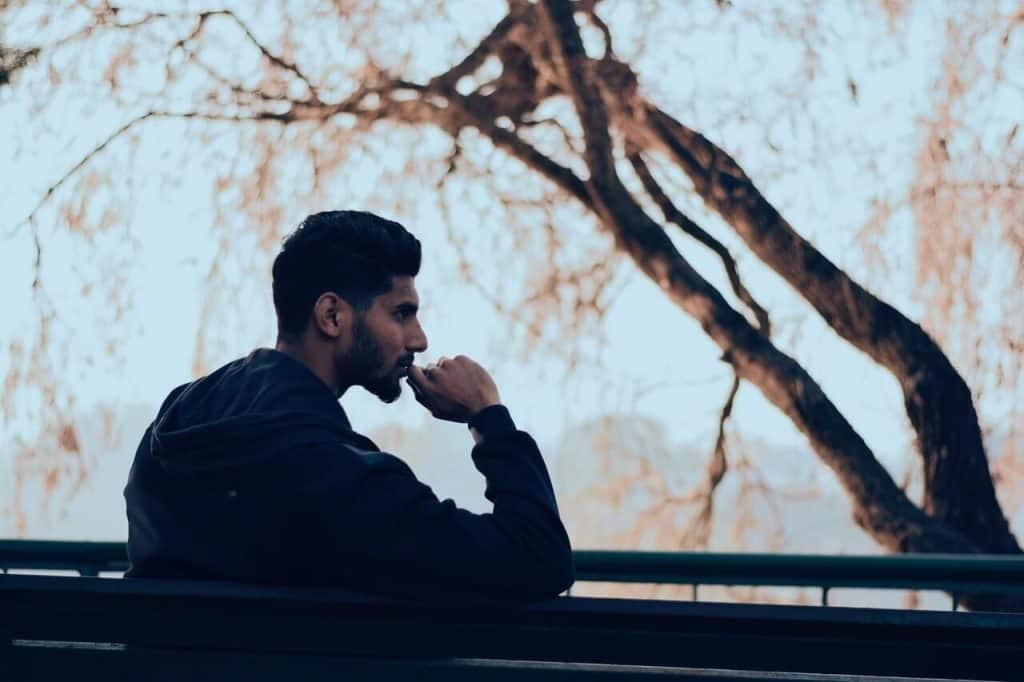 Well, these are all signs of overanalyzing, of getting a little bit crazy. Something everyone has done at least a few times in their life, if not more, probably do once a week.

But the problem is when you get into the habit of overanalyzing stuff while dealing with women, you automatically become more nervous and fearful around them instead of presenting to her your real self. You're unable to communicate with her at all, at least not in a free and authentic way.

And as I've said a million times before, when women sense that you're too nervous or that you're not showing your real self, you drive them away. They are like instant turn offs for women.

Nobody likes to hang out with a debbie downer. Someone who's predominantly negative all the time.

Meaning if you complain about things all the time or bring up the bad things that have happened to you or might happen in the future or the bad side of things or talk trash about people behind their back.

Well actually, not just women but anybody that you talk to is going to be put off by that. Because people love and create positivity.

There are already enough things in this world that people worry about. You don't want to be the source of more negativity. I mean a little bit of negativity is fine and kind of funny but all the time, no.

And what's more, even studies have shown that women and people, in general, are drawn to other people who infuse a positive uplifting vibe in conversation. Just look at guys like Will Smith or Dwayne Johnson or Chris Pratt and look at how people react to them. That's the power of having a positive presence.

Not Giving Them Space

You see, the desire grows when you give a girl the space and time to think about you, to miss you. Yet, I've seen that many guys don't understand this or do this and once they have a crush on a girl, they try to spend as much time as possible. Talking to them, texting them, and trying to meet up with them. 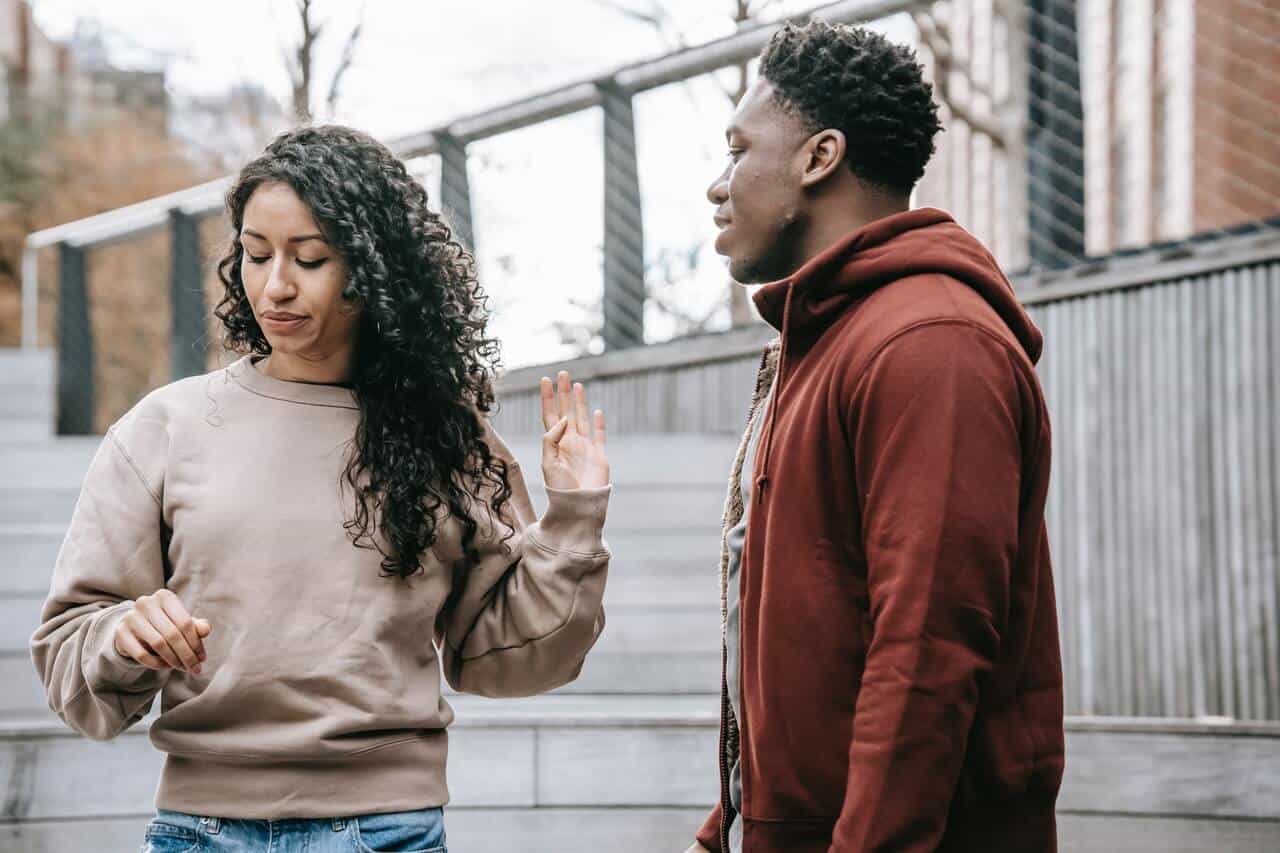 Now yes, spending time together is the key to strengthening a bond. But you also need to give them space to breathe, right? Time to miss you or else, you'll suffocate them. This is definitely one of the major turn offs for women.

Plus when you're unwilling to give a girl space, you also signal to her how desperate you are to have her that you're so nervous to lose her. You don't want to give her the space to possibly think for herself.

Just like jealousy, the problem with validation seeking is that it makes you look insecure and needy. The more you rely on other people to approve of you, to tell you how great you are, the harder it becomes to stay confident and express yourself freely.

Like you need others to feel good and without those two things, it's nearly impossible to make a woman fall for you. Women want a man who already knows his worth, right? Who knows that he's amazing but isn't arrogant or boastful about it.

We can sense that calm, cool, self-confidence in men who have it. And trust me, it's intoxicating. In fact, that belief in his self-worth and inner confidence that says “I know I'm awesome” is easily the sexiest thing a man can have.

So when you're courting a woman, you might have times where she interacts with other guys. It's going to happen. Perfectly normal. She is free to do what she wants.

The problem is often guys get really insecure about that. I get it, doesn't make it good. So they'll constantly ask her about other men that she talks to.

You try to tell her how they are not worth hanging out with. Or they even try to stop her from talking to them and really just being herself. And trust me, these are all huge turn offs for women. 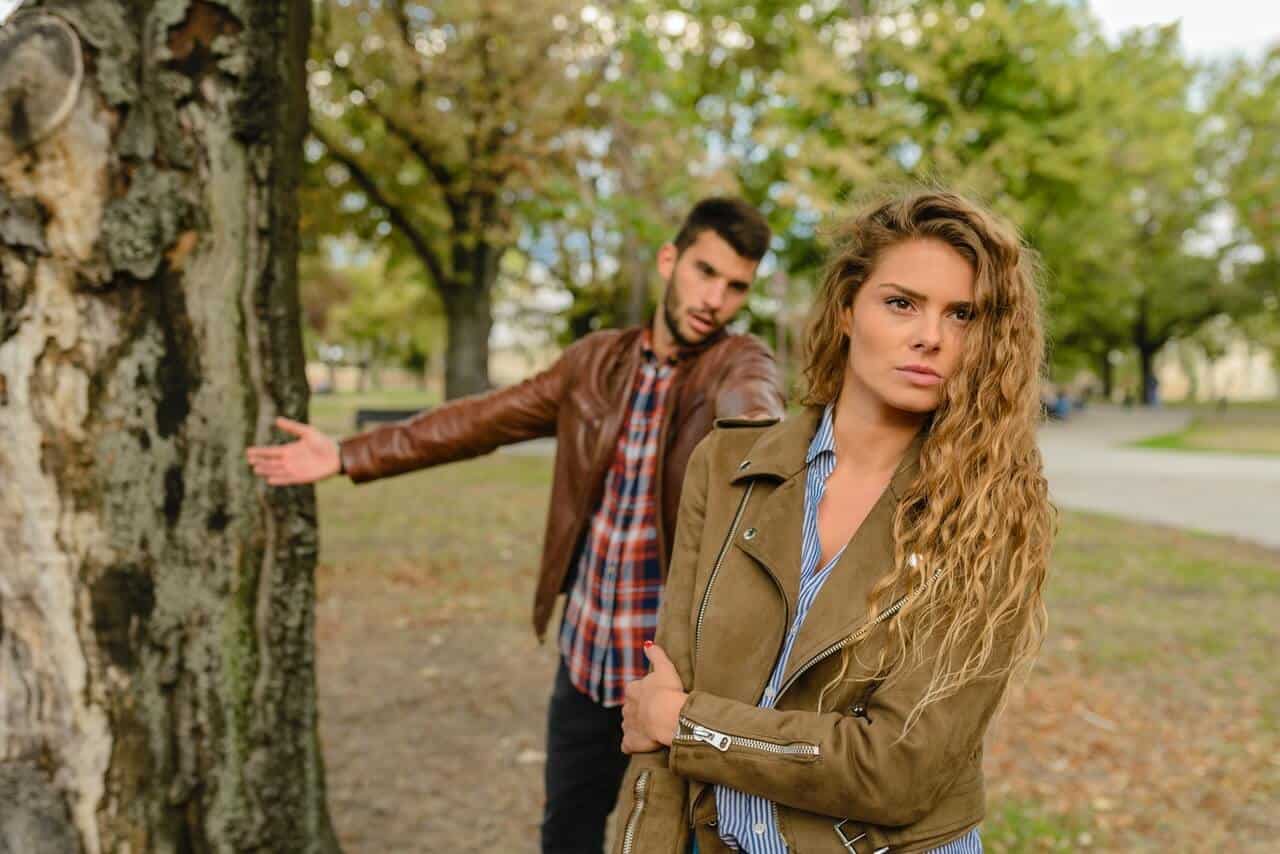 So now yes, if this girl gets too close with other guys and that's something that genuinely bothers you, you can let her know that. Just make sure to let her know in a calm and casual manner. Or you can even pull away from her and focus on other women, right?

If she's just like a really flirty girl who's always all over guys, then that may not be something you want in your life. You definitely have the right to do that. That's your boundary.

Those are your rules for yourself, respecting yourself. Sometimes that can even get her to come back and chase after you. Because she'll see how emotionally mature you are and that you're not needy at all. Which is a huge turn on.

But just know that showing any big signs of jealousy will not help at all and you'll definitely lose your chance with her.

Women take time to feel comfortable with a guy much more than guys do with women. This difference in the amount of time required for one to be comfortable often causes problems. Because I've seen that many guys will try to escalate things too quickly and instantly get rejected or friend-zoned, or ghosted by women.

And they think it's because they weren't attractive enough for the girl. Whereas their only fault was rushing into things.

They were good enough for the girl to begin with, but not giving her the time she needed to feel comfortable. And that's what led to failure.

Knowing when to escalate or make a move is a key skill that every man needs to possess but most men do not and it's not surprising, because women are difficult to read.

It's never easy to figure out if she's ready for the move that you're about to make. I get it. However, there is a simple solution to this problem.

There is a three-step flirting formula you can use on any woman to get her eager to escalate with you.

It's so powerful that you can use it to have any girl begging to kiss you within just minutes of meeting her. You can also even get her so turned on that she asks you to take her home and do whatever you want to her.

Yes, that sounds like an exaggeration but you can try this flirting formula for yourself. Then see if it happens or not. I've made a brief video on what this amazing formula is and how it works.

Thousands of guys who have seen this value-packed video report to me how it completely changed their lives with women. How knowing this powerful flirting formula made it super easy for them to date any woman they want, even the ones who they thought would never be interested in them.

So if you want the same thing for yourself and avoid doing these turn offs for women which I'm sure you do, you should see this video at least and start using the amazing formula right away. I am very sure that you will enjoy it.