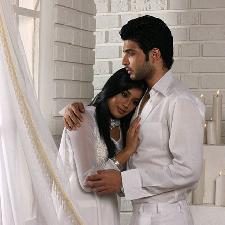 So i was on the phone the other day being interviewed by the wonderful and talented Bobby Rio about the Signs She's Into You and tons of other topics.

It was an awesome interview because I learned something new that I didn't realize before about the Friend Zone.

Now I still believe that the only one keeping you in the Friend Zone is YOU but I now realize that when you think you are in the “FRIEND ZONE” you are actually in the “I'm The Best Boyfriend Ever Zone”.  I'll explain a little more and then I'll let Bobby explain cause he's the one who made me realize this.

When you've said to me “HELP, I am in the Friend Zone and I can't get out”,  I've always let you know that you are actually not in the Friend Zone at all because you are NOT REAL FRIENDS with this girl. People don't typically want to DO their friend. But I didn't know how to label what it was that you were actually doing. That is until now!

What is actually happening is you are acting like a fake boyfriend to show a woman that you would be The Best Boyfriend Ever.

If you were acting like real friends with a woman that you wanted, you would actually have a better chance of getting her and creating attraction.

I don't know for sure but I'm guessing that when you are around your friends and acting like a real friend to them, you are totally comfortable. You speak your mind, make decisions, tease them, challenge, call them out on stuff, fart on them 😉  You're comfortable and don't put them on pedestals.

I'm also guessing that when you are “friends” with women you want, you don't act this way at all.  What you act like is “The Best Boyfriend Ever” because you want to show her what it would be like to be with you.

This typically means you don't tease her, you don't challenge her, you don't call her out on stuff and you certain don't fart on her 😉  Most likely you are not comfortable around her and you put her on a pedestal.

Thinking back to all my “friend” situations I had with guys, I realize that this is exactly how they were acting with me and it never turned me on, caught my attention OR made me think “wow he would be the best boyfriend ever, I'm gonna give this a try”.

Since Bobby was the one that made me realize this about the “Friend Zone” I asked him if he could further explain. Below is an article he wrote called “8 Good Boyfriend Traits Killing Your Game“.  It perfectly explains mistakes you may be making with women and what you need to change.

My girlfriend would probably describe me as a “good” boyfriend. I take good care of her, treat her well, I'm compromising, I pay attention to her, and I listen to her problems and try to help her through them. But here's the thing…

My girlfriend would NEVER have described any of those characteristics about me when we FIRST MET.

In fact, after we had been dating for a awhile I asked her what her initial opinion of me was. She told me I seemed like the type of guy only looking for “fun.” And she assumed I was probably sleeping with a ton of other girls, and that I didn't seem like the boyfriend type.

Yet, here she is, still with me.

So, what's my point?

My point is that a mistake you might be making is confusing “boyfriend qualities” for attraction. I know that before I figured this out, I used to unconsciously try to show a girl what a “good” boyfriend I would be. I would make mistakes like:

1. Trying too hard to find commonalities and rapport.
2. Focus on showing her that I have a good job, like to travel, and other “boyfriend” traits.
3. Taking her side when she bad mouthed players, and act like I'm totally the opposite of those “jerks.”
4. Respecting her too much to make a move.
5. Being too generous towards her.
6. Listening to all her problems and trying to solve them for her.
7. Make a lot of compromises so that we get along better.
8. Paying too much attention to her.

If you've been dating a girl for a year, it is fine to do all of those things for a girl. And if you want to keep her, you have to. But, when you're first meeting a girl the LAST thing you want to do is demonstrate what a great boyfriend you would be. Why?

Because it DOES NOT create attraction in a woman.

Even if it makes her think “he would make a great boyfriend,” you still lose. Because once a girl thinks that she begins displaying her “good girlfriend” qualities that are just as “boring” and “un-sexual” as your boyfriend qualities. Not only that, but you build up too much comfort with her, and drastically eliminate any urgency for sex. Plus … you're no longer a challenge.

Don't be overly agreeable, in fact, don't be afraid to be slightly antagonistic. FLIRT WITH HER! Tease her in a playful way, mix in some elements of uncertainty so she can't quite figure you out.

And remember, even if you think you might really like a girl, even if you're thinking that she is “girlfriend material” you still need to drop the “good boyfriend” act.

As a woman and your Wing Girl, I have to say that I agree with EVERYTHING written above by Bobby.  You will not get the girl or a girl if you keep acting like the Best Boyfriend Ever.  How is a girl ever going to actually connect and be attracted to you, if all you show her is a fake, complacent version of yourself????  She's never gonna get to know you, which sucks for her.

So I want you to re-read Bobby's message again and again until it actually gets into your head.  Make an active effort to avoid the 8 traits that he listed so that you DO NOT display them to women you want to “DO” again 😉

Wanna learn more from Bobby on How To Hot Wire A Woman's Emotions and Ignite Attraction Just By Changing A Few Words You Use? Then CLICK here to watch a video he made for you.