Signs Of A Confident Man: Women Knows He's Confident Because He Never Does THIS

Do you think you're a confident man? Can I ask you a question to find out?

Where did you get that shirt…?

Now, I want you to FREEZE your thought just then.

Or if it was a nice shirt, to begin with…

Chances are, you've got a confidence problem.

Now, if you're wondering HOW I know that or what the heck is up with that shirt question…

The answer is simple.

YOU QUALIFIED YOURSELF TO ME.

What women find most attractive is a man who's secure in themselves and is FIRM in their beliefs. 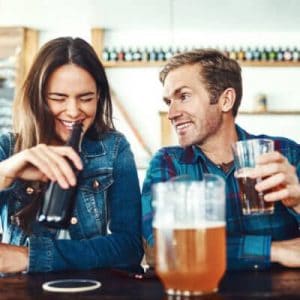 Women find attractive a man who's secure, and firm in his beliefs

We talk RAW about this in our exclusive FB group called the team that you can find out about by clicking here.

When you're not secure in yourself, you'll constantly do something called “qualifying”.

Why qualifying is unattractive

You'll try to justify yourself constantly by trying to prove yourself or impress someone with who you are.

Instead of accepting, respecting, and LOVING who you are in the moment.

Women can instantly pick up on a man who isn't comfortable in his skin and is trying to get people to like him.

We're good at it.

Now here's what I want you to do to stop these negative patterns from running RAMPANT in your head:

I want you to go out for an hour. It could be anywhere.

And I want you to make a conscious effort to NOT qualify yourself to anybody.

How to stop qualifying yourself and instantly be a confident man 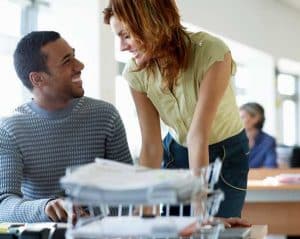 What does this mean?

It means never justifying yourself and your choices.

It means being firm and secure in who you are.

If someone asks you:

“Hey, where did you get that shirt?”

You tell them where you got it and own it.

Don't tell her you got it for cheap or you like the make.

Answer questions as logically as possible…

NEVER trying to influence the person's perception of you.

No excuses, no apologies.

In the beginning, you'll find this to be TOUGH.

Because your brain is WIRED to qualify itself constantly.

But once you begin to rewire those old beliefs you'll be SHOCKED at how secure you can become in an hour of doing this exercise.

You'll feel more grounded, confident, and FIRM in your own shoes.

It's an incredible feeling.

And what's more, the women around you will pick up on the energy you're giving off.

Guys who understand this about women are incredibly rare.

Being grounded and confident in who you are, is just the start to getting her hooked. Now you have to reel her in.

If you’re interested in having the power to quickly create this kind of emotional connection with women that are sexual in nature, here’s what I suggest…

Go take a look at my top-rated program, The F Formula by going to https://www.winggirlmethod.com/flirteffortlessly

It’s a program that shows you how to flirt with women and tap deeper into their emotions.

It triggers a gut reaction that fires up our emotions…

Unlike the typical conversations, we have with most men, which fall flat.

This is the fastest way I know of to create the gut-level attraction and sexual tension that we find irresistible.

To learn more on how to quickly and easily ignite feelings of emotional connection in any woman you speak to through flirting, simply go to https://www.winggirlmethod.com/flirteffortlessly

Your very own wing girl!