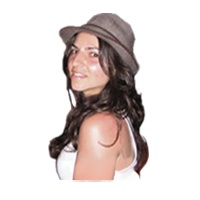 I wanted to take a minute to introduce myself and tell you about how and why I started The Wing Girl Method.

You may be thinking, who is Marni? Where did she come from? Why would she ever be honest and tell me exactly what women want? 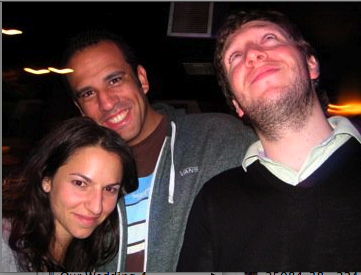 Listen To My Story or Read At Your Leisure

Ok, so let me explain. My name is Marni and as you already know I am of the female persuasion!

I have always been that girl who was able to hang with the boys. Growing up I had tons of guys friend.

When puberty hit, my guy friends started becoming very interested in the opposite sex but unfortunately girls did not feel the same way about them.

At first, I had no idea what the problem was. My guy friends were great. Attractive, intelligent, funny. They had all the qualities that every woman wants. Or at least I thought they did.

It was not until one day I witnessed one of my guy friends, Dave, hitting on a girl and failing MISERABLY that I realized exactly why women were not interested. 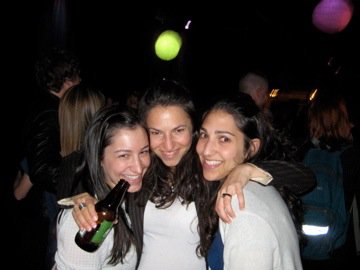 When I say miserably, I don't mean he just struck out and the girl walked away. I mean, failing to a point where even I felt embarrassed for his actions.

In my opinion, Dave had everything going for him. He was amazing. Attractive, Intelligent, Great Family, Caring Man, Genuine, Funny. In my eyes a perfect package for any woman but sadly this woman did not get to see that guy. Instead she saw a blubbering fool that was full of insecurity and horrible pick up lines.

I realized I had to step in and start offering some solid REAL advice. I had to give it to him straight.

I Sat Him And Down And Told Him:

1. How women evaluate men
2. Why his approach was never going to work no matter what he said
3. Why looks REALLY don't matter to women
4. How women can sense a man's presence and intention a mile away
5. Why saying the “right thing” does not work, but saying it “the right way” will get results every time!
6. Signs she's into you and what to do next
7. How to escalate sexually with women without getting slapped
8. What women “REALLY” mean when they say things, cause it's not always as it seems
9. Mistakes he has made in the past
10. Why women test men

During this time Dave asked me a million questions and we went over past mistakes he had made and I advised him on how to make sure he never made those again.

After this first “session” with me, Dave gave me a hug and revealed to me that I had just given him what every man wants.

The Playbook For What Women Want

From that point on I was deemed the “Female Advice Expert” and “Wing Girl” for all my friends.

To this day, when any of them have a question about women they come to me and I explain it to them straight.

Over the years, I have advised my friends on how to get the girl, older women, younger women, sex, relationships, girls who flake, girls who are obsessed with them, attraction, one night stands, girls who don't return calls, what happens when girls are “moody”, female testing, female insecurity.

You name it, I've given advice on it.

Because of my advice my friends became some of the most sought after men I know. Even I wanted them! And when they got into relationships they knew what to do. They were open communicators, connected to women, understood how to please a woman sexually and knew how to be a great partner. 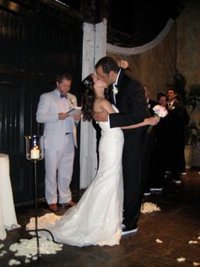 My friends give me full credit for helping them become the men they are today with women and so do I!!

Now, I use the “Wing Girl” & “Female Advice Expert” skills that I mastered with my guy friends with men all over the world.

For me, after being single for many years and dating tons of men who just didn't get it, I met a wonderful man. A man who embodied everything that I had taught my guy friends to become. He knew the rules, understood women, totally got me and challenged me to no end. But most importantly he was open to growing and learning more with me.

6 years later, we are now married and going through the challenges and wonders of marriage. Quite a roller coaster but absolutely amazing!

For the past six years I have worked side-by-side with top male attraction and relationship experts. Men such as David DeAngelo, Adam Gilad, Dr. Paul, Scot Mckay & Carlos Xuma  have turned to me for a woman's perspective and endorse my teachings.

I am not a therapist, a trained psychologist and definitely NOT a Pick Up Artist. Nor, do I want to be. I am what every man needs. I am a female friend that gives it to you straight.

I know, first-hand, that women can be confusing. We say one thing and then do another, our signals are always mixed and we seem to never know what we want.

Think of me as your secret weapon, your female translator and the best “Girl” Friend you have ever had. Not the kind that pats you on the back and says “You're such a NICE GUY, I don't understand why women don't like you.” or “Just be yourself and the right woman will come along.” I give it to you straight and tell you what's really going on.

My method was specifically developed to provide men with that missing piece of information that they will never have access too: a female perspective. And unlike other “companies” run by men, the entire program offers YOU an “insiders” point of view on what goes on inside a woman's mind and why we do the things we do.

Start getting weekly Insider Information from me, sent directly to your in-box! Sign up below for our FREE members only newsletter and get an upper hand over your male competition: