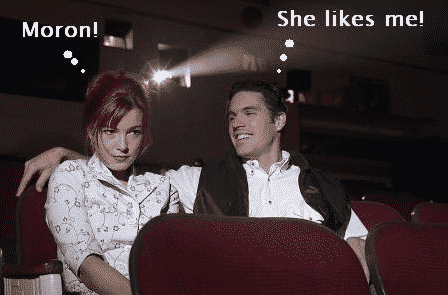 I love when I get to share my coaching success stories with you guys!

This one is awesome because the guy who wrote me COMPLETELY dodged the dreaded Friend Zone and set himself up for success with a woman (and ALL others)!!

In my video below “How to Avoid the Friend Zone”, I share his experience and show you EXACTLY what he did right. And I want you to have the same success with any woman you're after.

Watch the video to hear what he did:

#1. He consistently flirted with the girl in question, never letting the sexual tension drop.
Though she was attracted to him, she was basically treating him like a girlfriend; someone to be there for her while she made up her mind about the situation. Before you get too mad at all women for being this way, we do have a good reason for it 🙂 …We're INSECURE!

We don't want to feel like nobody wants us at the end of the day so we try to protect ourselves.

He made absolutely sure that she not only saw him in a sexual light but that he was direct in his intentions toward her.

Women have to know: if we want a puppy dog, we should go out and buy one ;}

This guy made sure she knew he wanted her and wasn't going to settle for less. He didn't compromise his wants and desires in order to please her or keep hanging out with her. And we girls know that there is basically nothing more ATTRACTIVE than that!!

#2. This guy stuck to his convictions and put the ball in her court.

As I explain in the video, the girl was being wishy-washy (as women tend to be…). He told her, in so many words, You know how I feel. Call me when you've made up your mind.

I LOVE this because it's the definition of manning up!! And so do all women 😉

What this guy did is made it clear he was not going to play her game. With the first guideline, he made his desires known to her. And with the second, he showed her that he wasn't going to hang around waiting for her to “pick him over her ex.”

This totally works in his favor: It's sexy. It's masculine. The girl is probably wondering what she's missing not being with him.

Even though the outcome wasn't what the guy had hoped for, the important thing was that he proved that sticking to his masculine convictions made him a BETTER man, with a STRONG sense of self-worth, self-respect, and it also set him up for success with women in the future.

So I want you to remember, YOU are the only one who can put YOU in the friend zone!!

Act like a real man and she will have no choice but to see you that way.

Want to learn how to get out of the friend zone and stay out forever??? Read more here…