Have you ever made plans with a woman and then a day before, or maybe even like an hour before a meeting, she sends you a text saying this: Totally forgot, I have plans to meet my grandmother or somebody and can't make it. Seems work has called me at the last minute. Can we reschedule? Annoying, right?

I'm pretty sure you have experienced this at least once in your life. All guys do. All people do. I do this as well. I've received this as well. I can tell you for certain that this woman did not just remember she had plans. She's flaking.

When a woman likes a man, there is no way she would cancel plans on him for something else. And if she does, if she has to, she will make certain they have concrete plans for the future. So she makes plans for after.

I know this because I have done this to several men. So have each of my Wing Girls and so have each of my female friends. Why do women do this? Well, you will discover how to respond to this situation. And most importantly, how to accurately spot and avoid a flaky woman before she wastes your time.

I highly recommend that you read this post till the very end so you can save yourself from pursuing the wrong woman and getting flaked on unnecessarily.

Why Woman Flake On You

First of all, let's discuss why a woman would flake on you. And the reason is plain and simple to avoid. Discomfort. So here's what I mean by that. Like I said before when a woman likes a man, there is no way she would cancel plans on him for something else. And if she does cancel, she will make certain that they have concrete plans for the future.

So when a woman flakes, it typically means she's not that into the guy. At least at that point in time. Things can change in the future but as of that moment, she's not overly invested. Either she has a lot going on or she's just not overly attracted to him. 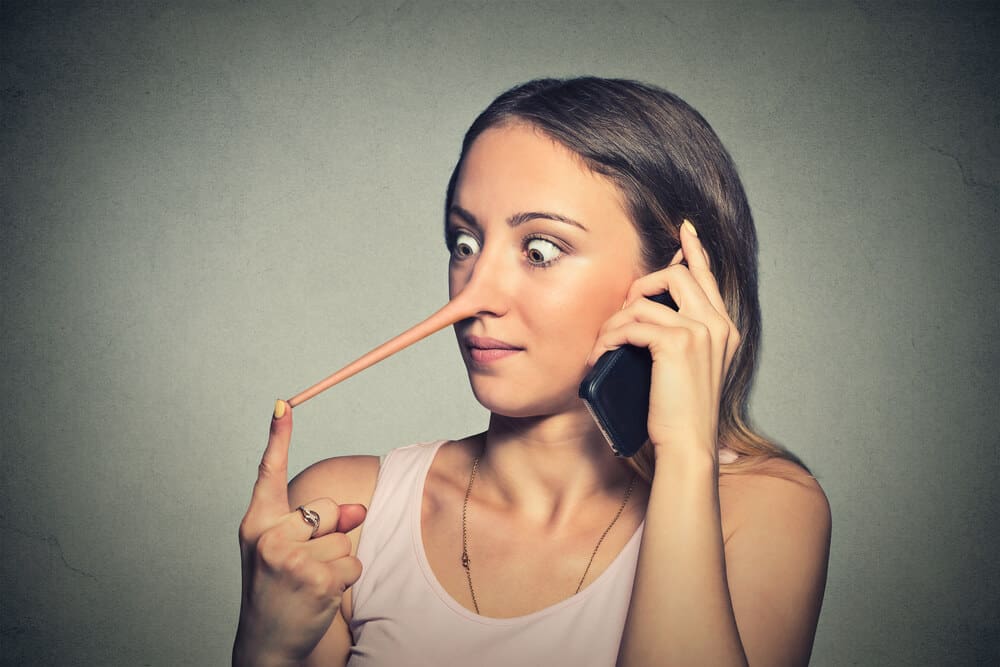 But telling the guy that she isn't interested seems rude and impolite. It will upset the guy and because of that, it's an uncomfortable conversation. So to avoid the discomfort of upsetting the guy, she chooses to make plans, accepts the plans, and then flakes on him.

But here's something really important to note. This is not malicious behavior from women. It's childish behavior but it's not malicious. It is no in no way planned or meant to be cruel. Women are not trying to embarrass you or be mean. It is simply done to avoid an awkward situation for her. It is easier to say yes to an invite or give out a phone number than to say no. At least that's what most women feel.

Yes, it's selfish, dishonest, and it's childish. But the truth is there is no ill intent and what is more, women don't realize how hurtful these actions are to another person. They don't realize the frustration, annoyance, and hurt men experience when they have a woman flake on them. They think they have avoided being mean and rude when in fact, their actions are actually way crueler.

What Should You Do?

So now you know why a woman flakes but what exactly should you do when a woman flakes on you? Well, my main suggestion for you is this. Don't get angry. I know it's hard. Trust me, when a woman texts you 15 minutes before your date that she forgot, she has another obligation, it's hard to keep your cool. It's hard to not get offended and it's easy to become upset and angry.

But you ought to accept that. She's not into you at that moment. Which is okay. And instead of being angry or hurt about her flaking, feel sorry for her that she was not mature enough to be honest and this will create a calmness in you because you will realize that this is a type of woman that is not worthy of being with you. 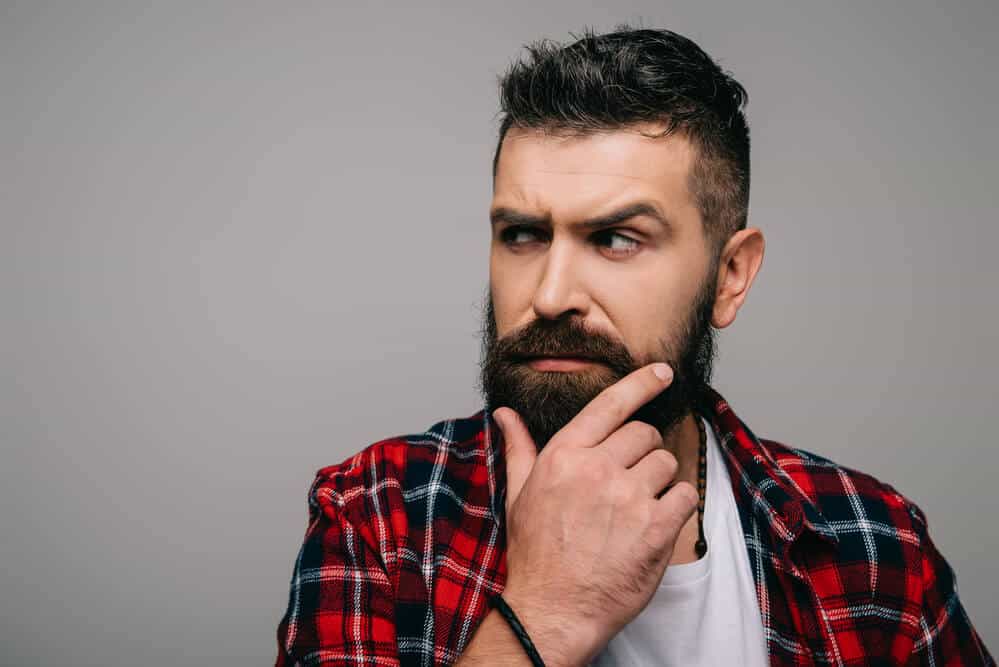 A woman who cannot speak the truth is not worthy of your attention nor is she mature enough to handle you. And if you wish, you can express your disappointment to her in a mature and assertive manner. So let her know that this behavior of flaking is not cool. You can send her a simple text that says something like:

“Okay, totally understand. In the future, let me know with more notice. My time is really valuable to me. So I hope you'll respect that in the future. Have fun with your grandmother.”

So that is a firm and honest message that shows you respect yourself. It's also a little softer at the end. So she knows you're still safe to interact with and hopefully, she will learn that her behavior was not cool and either correct it with you or correct it in the future. So either way, a good deed will come out of the situation.

Now the next thing that a lot of guys ask me is this: “Marni, if a girl flakes on me once, should I continue pursuing her again?”

This is a very good question and the short answer is no. Not really. You need to stop pursuing her because it's probably going to happen again. But if you really like the girl, here's what you can do instead. Don't actively try to set up dates or one-on-one meetups. If you happen to get the chance to interact with her further, whether in person or online, you can flirt with her, tease her, and show her your confidence and personality, but that's it. Nothing more.

You need to let her come to you, let her mind change organically, and let her start investing in you, but also don't sit there waiting for it. It's always and I mean always better to move on to other women who will give you the time and attention you deserve. 100% don't waste your time thinking about or pursuing women who won't do that. That's very insulting to you.

If she starts putting more effort and engaging you, then you can reconsider asking her out again. But if not, it is best to move on and forget about her. She's not me, she's horrible. Forget about her.

Also, since we're on the topic of flaking, I've got two other tips for you. These will help you protect yourself from flaking before it happens.

So the possible flake date can be avoided by being armed with knowing what it looks like when a woman is interested in you. I'm going to admit that these are not foolproof signs to look for because circumstance can play a role in many interactions.

For example, sobering up. Some women will only be very available to you for a single night. Meaning the potential for a one-night stand but no date a week later. Another example is personal reasons. She may be on the rocks with an ex. She may be super stressed in her own life or maybe getting a breakup.

So many reasons exist as to why her feelings faded after that evening. Another example is meeting somebody else. Attractive quality women may meet someone else that they are more interested in. And therefore, they will now put their energy into this new guy. But that said, some of the signs to look for that indicate interest are as follows:

So speaking of signs of interest, there's one you should definitely pay attention to. Actually, this sign is more like a sign of disinterest and a good way to predict a possible flake. So once you ask for a number, listen for the pause. The awkward pause where she debates whether or not to give you a real number or a fake number.

Most women who want you to call if they give you their number have been waiting for this question to come out of your mouth. Meaning there should be no Should I, no, pause. A pause usually translates into possible flakes. So just be mindful of that. Okay, so here's the second tip I have for you. 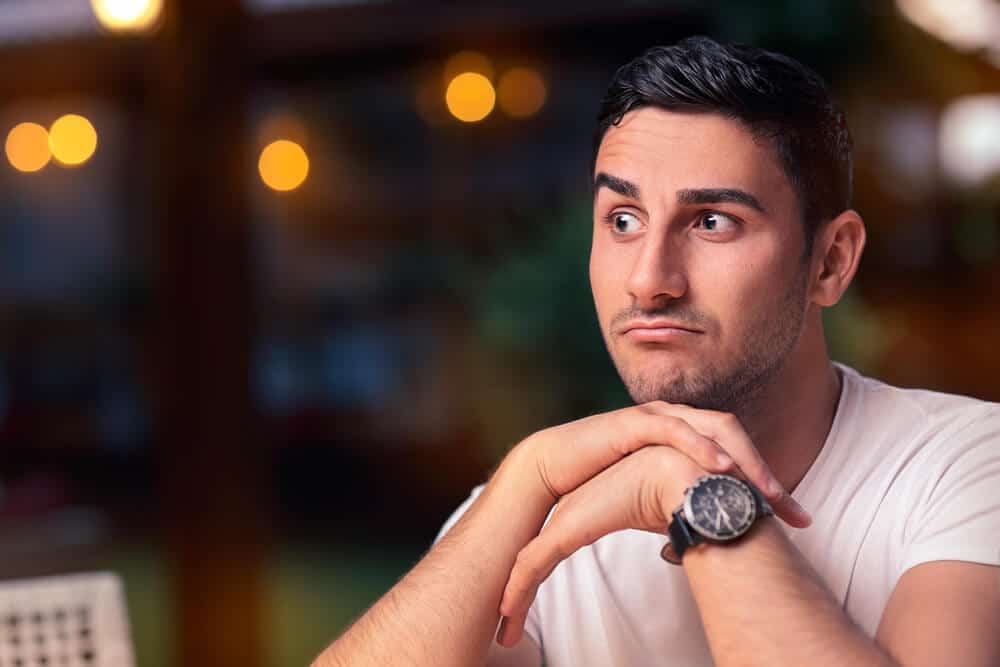 #2) Don't Leave The House Before Confirming

To save yourself a possible parking fee, text her before you leave your home about an hour before you're set to meet and say something like: “Running about 10 minutes late, hope that's cool.”

So this text lines her up to cop out if she wants to. And the truth is if a woman is going to flake, she is going to flake. But at least with this move, you can save yourself money and energy, and maybe get dressed up.

Now here's something you should always remember when it comes to flaking. When a woman is a flake, it's a  reflection of her. It shows that she's not confident enough in herself to give a real honest answer and is scared to look poorly in someone's eyes. It's not a reflection of your value or your attractiveness as a man.

Well, I have and I do it sometimes but I try to teach every woman I come in contact with the importance of being upfront and honest. Again, I will do my part to stop this from happening and you can do your part to stop it from happening to you and from affecting you.

Apart from these tips that I gave you today, one of the most effective ways to avoid flaking is to get good at creating sexual chemistry. And like I said before, women only flake on men they don't feel strongly about. The better you get at making a woman feel something for you, the lesser your chances of getting flaked on by anyone.

And there are four emotions to make a woman feel if you want her to really want you. So I have a free video you can watch to see what these form emotions are and how to trigger these with women. It's the four S's.

I'll say here that these four emotions add up to a lasting sexual attraction that makes a woman go crazy for you. So once these four emotions are triggered, she will be compelled to chase after you and crave your attention. She will not be able to resist you and she will start to see you as a prize she must not flake on.

So it's really powerful stuff because it's in female psychology and biology. And these four emotions really make attraction inevitable. So I highly recommend that you find out more about the four S's. So like I said, I have a free video that reveals exactly what these four emotions are and how to trigger them. And you can check it out here.