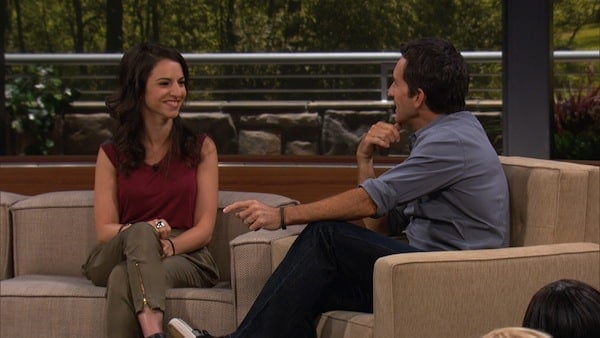 As you know, I've been doing a lot of TV segments lately. Apparently I'm an expert or something 😉 Next week I'm gonna be on the new NBC show The Jeff Probst Show and I'll be doing something I've never done before…

I was honestly freaked out when they asked me to do that, but then I thought, I want a challenge right now and this is a challenge.

So even though I was nervous, I said yes to doing it and now you can watch me as I coach my first woman ever live on TV.

I'll be on the Jeff Probst Show (he is the host from survivor who now has his own talk show) on October 22rd at 2pm PST on NBC.

One thing that I learned, which I kind of already knew but this experience reinforced, is that women have a tough time too.

Even beautiful, successful women like the woman I helped. She doesn't approach the men she wants and has extreme approach anxiety even though  she is awesome!!!

So many men say to me “it's so easy for women. They can have any man they want.”

Not true and my segment on Oct 22rd will confirm that for you. I hope you get a chance to tune in and watch. If not, I may be able to get a copy of the segment and put it on my site.

The show is The Jeff Probst Show on Oct 22 at 2pm PST on NBC.

Let me know what you think!!!