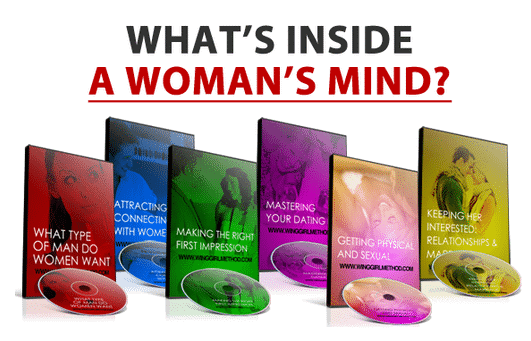 Here’s a question from Joe:

“Hey Marni, I don't know if you ever saw the move Up in the Air, but there is a scene in which Anna Kendrick’s character talks about what she wants in a guy.

I feel like women have these impossible lists of what they want that no man can ever satisfy so they end up alone and bitter later in life.”

If you haven’t seen the movie, then take a look at the clip below:

Ok, so there IS a certain element of truth to that scene.

In general, when we’re younger we’re going to have higher more superficial expectations about what we want in a guy than we will later in life. That's because we don't really know ourselves that well yet and are hyper focused on how others view us.

As we get older, this strong desire to appease others starts to fade and our expectations of men shift.

But there’s a very good reason for this.

In our 20’s we get a lot of attention. We have more options to choose from, therefore we’re going to be pickier with our choice.

The same way that a tall, muscular, rich, funny, successful man is going to have higher standards for the woman he dates than a man who has none of those things.

Plus, when we’re growing up we imagine the perfect life we’ll someday be living. The perfect husband, kids and job. We want to have it all.

Like Anna Kendrick’s character says about her man ‘fitting the bill’, we have a mental checklist of everything our perfect guy “should” be without realizing that this expectation is most likely not possible.

When we are younger, we believe that other humans have the ability to be flaw free and perfect. Therefore, we don’t want to settle for anything less than that, because we’re sure that guy is out there somewhere just waiting for us.

However, as we get older and actually get some life experience under our belts, then our expectations tend to change. We get more realistic and less stuck on the “picture” of perfection.

We’ll have met enough men and been in enough relationships to realize that perhaps the perfect man we dreamed up doesn’t actually exist.

And that the things we thought were crucial to having a happy relationship, maybe aren’t as important after all.

That’s why in the clip, Vera Farmiga’s character responds the way she does. She can recognize her past self in this younger woman, having also had impossibly high standards and deadlines to achieve it all.

Instead, she’s more realistic and grounded in what she wants in a man. That’s why she says, “By the time you’re 34, all the physical requirements go out the window.”

It just means there are other things we have learnt are more important in a relationship. Hence her example of a great guy being one who isn’t an asshole and wants kids.

Many women eventually discover that what we think we want and what makes us happy are two different things.

In college we might dream of dating the hot and popular guy who every girl wants. But once we actually date him, if he doesn’t fulfil our other needs then his looks and popularity soon lose their appeal pretty quickly.

So the superficial qualities we desired in our youth get cast aside for qualities of more substance.

Joe also raised the point that he feels most women end up alone and bitter later in life, because of high standards. I don’t think this is the case for most women.

Ultimately we’re just looking for a man that we connect with, treats us with kindness and who we can have fun with. A man who makes us feel good and accepts us for who we really are.

Most women I know would be more than happy to settle down with a man who ticks all of those boxes.

The trouble is, most guys DON’T know how to do these things.

They don’t know how to make us feel the way we want to feel around a man.

So when we turn these men down, they attribute it to things like not being good looking enough, not being rich enough, or not being fill-in-the-blank-with-any-excuse enough.

None of those things matter when you know how to make us FEEL attracted to you.

One way to do that is to hear directly from a woman’s mouth exactly what it is she wants. That’s why I gathered together over 50 beautiful and intelligent women to reveal how to be the man she can’t say no to.

It’s called What’s Inside A Woman’s Mind: Secrets Women Will Never Tell You and you can check it out by clicking here.