Does She Like You Or Is She Trying To Get Over Her Ex? Read on to find out…

For both men and women, getting over an ex is tough. It's especially tough for others around us because our actions are not stable and can be based on emotional insecurity rather than rational choices. This means that we may reach out to others to assist us in filling the new empty void.

These actions are not fair. They can be hurtful but they are typical and normal.

I myself have done this to many men in my past. When I went through my big heartbreak I attempted to get over it by quickly trying to find a replacement rather than dealing with the break up.

Again not fair but it's what happens. It is not meant to be malicious and in fact these actions are usually subconscious.

I think it is really important to be aware that this happens.

To avoid this issue you can do 1 of 2 things.

1. Make a rule to never date a woman who is just coming off a recent breakup.

This can be effective but you could possibly loose out on meeting a great woman that you were meant to be with because a rigid rule.

2. Be armed and know the signs of a woman trying to get over her ex

Below is a list of Signs to look for that a woman is still not over her ex. These signs will also help you evaluate when a woman is into you even if there is no ex in the picture.

Does She Like Me Or Is She Trying To Get Over Her Ex?

Women can be such complicated creatures.  At times that complicated nature can be a challenge for a man who loves the thrill of the chase.  Other times it can lead to heart break when you never know where you stand. 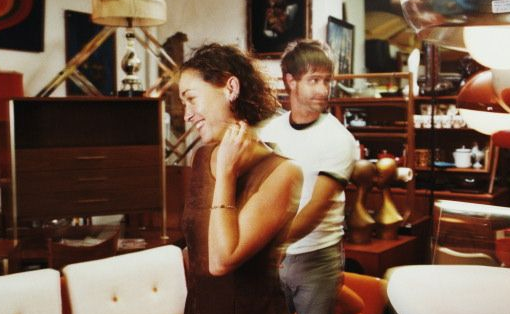 You meet a woman and she seems to have all the attributes you're looking for: she's attractive, can carry an intelligent conversation and seems to have a good head on her shoulders.  You exchange phone numbers and during the first phone call, when you ask her how long it has been since her last relationship and she replies something to the effect, “Oh, my boyfriend and I broke up about three weeks ago,” proceed with caution!

Don't get me wrong, I'm not saying run for the hills and avoid her altogether.  By all means, slowly continue to explore her as a potential mate.  But look for a few of the signs that are a good indication that you may be the in-between guy until she finds someone better.

1.      She insists on going to places she and her ex once visited.
When you take her out to restaurants suggested by her, only to discover she knows every waiter and busboy at each establishment because they were favorite eating places for her and the ex, it's time to wake up and smell the decaf.  By dragging you to these places, she's trying to relive the good times with her ex or she's hoping she'll run into him so he can see she's “moved on.”

2.      She subtly compares you to her ex.
If she asks whether you'd be willing to do a certain activity, for example skydiving, and you reply you'd be open to it or you've done it before, and she replies, “Because my ex never like to…,” take note!  That means she's trying to justify in her mind that it was a good thing to break up with her ex because you're willing to do things her ex wasn't.  In other words, she exploring the possibility that a better man exists for her, but that doesn't necessarily mean you are that man!

3.      She shows no interest in your plans, only hers.
After a couple of months of dating (this measure of time is on the assumption that you've ignored the two signs above), it's only natural that you might want, for example, to plan a romantic weekend getaway.  For every possible weekend you suggest, she thwarts you at every turn with a litany of excuses.  But that doesn't stop her from dragging you to a party given by her friend, whom she coyly reveals later has a six-degree of separation from her ex.  Understand that her ego is bruised from the breakup; she needs to feel adequate again AND to let her ex know he didn't break her.

4.      She's not making any attempts to get to know you as a person.
You remember every detail about her; her likes and dislikes, her favorite flower, even the birthday of her pet guinea pig, Mr. Nibbles.  Yet, she can't remember the things that are important to you, what makes you tick.  If you're asking her questions in an effort to understand her and she doesn't reciprocate the interest, chances are she doesn't see a future with you beyond her “mourning” period.

5.      She's forgotten how to use her phone.
You call, leave messages and she finally gets back to you when you least expect it.  She may pretend she didn't get your messages or she may come up with a lengthy explanation as to why she didn't return your calls.  Don't be surprised if she ends the phone call with a promise to call you later.  Just to be clear, “later” doesn't mean by the end of the day.  It may not even be by the end of week!  And what was the purpose of the return call?  To check if Mr. Standby is still standing by (this means you!).  This also applies to e-mails, text messages, etc.

6.    You've unwittingly become her BFF with benefits instead of her boyfriend.
Here's an example: you don't hear from her for a while, and then suddenly she calls you in tears asking you to come over.  Like the gentleman you are, you rush over to see a weepy, sniffling wreck answer the door.  As you comfort her, one thing leads to another and before you know it, you're performing a tonsillectomy with her on her couch.  Afterwards, you think, “I'm in like Flynn!  She's seeing I can be there for her,” but no!  She treats you the same as before and as a matter of fact, the late night, sporadic “tongue calls” become a pattern.  Oh, one more thing!  If that sporadic tongue action leads to more (wink!), then you're officially a “jump off.”  She wants you to sneak over when no one can see you and start asking her questions about you.

7.  She hasn't mentioned or introduced you to any of her friends.
You're out together and you run into one of her closest friends.  You stand there awkwardly as she and her friend chat away before she acknowledges your presence with a polite, “This is Larry, my friend.”  Translation: this is just some guy I'm seeing to pass the time, and hopefully make my ex jealous over, until I find someone I'm willing to introduce with the title of boyfriend.  When a woman is protecting her property, she'll let every woman within a 10-block radius know this is her man, she'll make sure her scent is all over him.

8.  She has no problem spending money, as long as it's yours.
Now, I'm not saying she's a golddigger…but do you find yourself breaking out your wallet more than she breaks out hers?  Is she accepting little gifts from you without reciprocating the kindness?  No, she's not cheap; it's just that you are not important enough to spend money on.  When a woman is in love with a man, she'll beg, borrow and steal to get things for her man to make him happy and more importantly, keep him in her life.  Pay attention when she regales stories of how she bought her ex this and that.

Have you received our Dating Guide for men yet? Sign Up Now to get more tips and tools that will help you understand women and learn what women want.