When was the last time you got called for a dick appointment? It’s the female-equivalent of a booty call,and they happen all the time. If you’re not getting them, you’re missing out. READ THIS to learn how to get your share!

One of the great modern myths is that women don’t love sex as much as men. Just because we’re more selective about WHO we have sex with… it doesn’t mean we don’t want it just as much as you. If you don’t believe me, just check out the phenomenon of “dick appointments”.

This is the term people are using now when women arrange to meet up with a guy… and let’s just say it’s not for coffee. It’s all about women being empowered enough to embrace their sexuality and own their desires without apology.

And it’s WAY more common than most guys would ever realize.

In fact, there’s a whole community online devoted to helping women with dick appointments. Everything from what to wear (for easy access), how to do their make up (so it doesn’t run during a sweaty sex session), and what snacks to take (for the energy to go again and again).

Now, I can tell you from experience that the guys who find this so surprising… are always the ones who aren’t getting laid much.

Because if they were, they’d be fully aware of what women are getting up to.

So the question you need to ask yourself, is if you’re not aware of dick appointments, why is that? Countless women are out there texting guys for sex… how come YOU aren’t one of them?

And while there could be a few different reasons, I’ve found the main one is usually you’re not creating a sexual connection with women. A sexual connection happens when there’s that vibe that you both want to rip each other’s clothes off…

Because the sexual tension is so palpable that it needs to be released somehow. When women feel that kind of sexual tension and connection with you, that’s when we’ll be texting you for a dick appointment.

So, how do you create that kind of feeling in women?

The easiest way is with sexually-charged flirting.

Think of it as the fuel that powers the sexual energy between a man and woman. Without it, the energy dies out and you end up with just a platonic relationship. So if you find yourself in the friendzone with women, this is what’s causing it.

The stronger our desire to have sex with you will be — and this is when women are reaching out to schedule a dick appointment. That’s why if you don’t know how to flirt in a way that creates strong sexual chemistry, you’re facing an uphill battle to get the woman you want.

Whether that’s for a dick appointment or something more serious and long term. 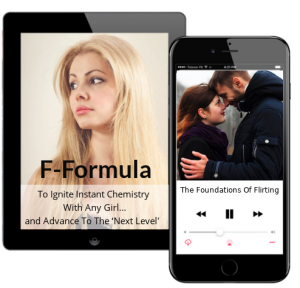 Now, would you like me to show you exactly how to have this kind of sexual power with women?

If so, you need to click here and I’ll fill you in on all the details.