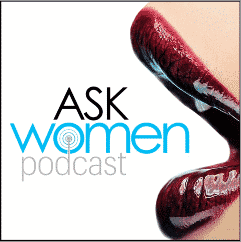 Is….. PURPOSE. I'll tell you all about why it's the #1 thing that turns people on, especially women in this week's podcast.

Go download the latest episode of the AskWomen Podcast here:

This week we had the amazing Dr. Drew stop by our show.  To be honest, it was a last minute thing that worked out perfectly.

We had someone else planned for this week's show, but they cancelled on us last second. So freakin' rude!

Anyway, Drew was in the studio where we record, recording his new podcast and so we grabbed him after the show and asked him to be on our show.

Of course, he said yes cause he's so awesome. Even though he only had 20 minutes for us to interview him he gave some really insightful information that I know will be useful to you.

He revealed how he didn't start becoming good with women until he found his purpose.

For him, his purpose was medicine and helping others. Once he had discovered this his confidence grew from there.

Before that, he was an anxiety ridden, panic attack having man that stayed with women that were not good enough for him.  All information I did NOT know about Drew and was pretty shocked to find out.

He and I have such similar histories.

For the other 40+ minutes the girls and I discussed a ton of other topics including:

1. A pose you can do for 2 minutes that triggers changes in your hormones and increases your confidence

3. How to deal with lack of experience and how to gain experience in sex, relationships, dating

4. What being honest with women really means and how to do it