She Blew You Off!!!! What a Biatch right?

Well not necessarily. Read on…

Has that ever happened to you??

You go on a few dates with a woman.

You may kiss her, hold hands, touch…

All the good stuff.

And she seems responsive. She's into it as well and seems to be enjoying herself and then suddenly….

She just stops responding back.

She blows off your texts, your calls and your efforts to plan the next date so you can see one another again.

Actually, not even annoying. Downright frustrating and, to be honest, rude.

I want to tell you something that I want you to really pay attention to.

When this has happened to you, I can guarantee the first thing you thought was “what did I do wrong??” and I can tell you with 100% certainty that the answer to that question is….

You did nothing wrong.

Let me take that back actually, because there are times where you may have done something but if you did, it would have been very obvious.

The other times when you are left clueless, it actually doesn't have anything to do with you.

It has everything to do with her and how she felt about your chemistry and connection.

I want to explain this in a way that you will understand.

Wanna learn more about why women do the things they do and discover the secret meanings of their actions??

Go check out What's Inside A Woman's Mind: Secrets We'll Never Tell You To Your Face:

Sometimes you're really into the clothes.

You like how they fit and how they make feel about yourself.

So you buy them and you really like them and wear them forever.

Other times, you stare in the mirror at the store, turning different angles to see if you really do like the clothes but just can't decide and then decide against it.

And sometimes, you're totally into this new shirt you just got, wear it 3 days in a row and then decide that you're over it and don't really want to wear it anymore.

There are a bunch of other sometimes options but what I'm trying to show you is that sometimes when women date, they try you on and really, really like you and want to continue wearing you forever.

Sometimes, they try you on and aren't so sure but buy you because they don't want to regret. Then they wore you a couple of times and realize “this shirt just isn't me”.

It's not that they hate the shirt…

Or that the shirt did something wrong…

It just didn't fit right or look right on them even though they bought it and brought it home.

This is what happens in dating.

It happens for men as well.

And this is what is most likely happening when a girl you've see 3 maybe 4 times, suddenly stops responding.

You have done nothing wrong.

She just decided you didn't fit the way she wanted you to.

So again, it's not YOU and YOU did nothing wrong.

Now I do want to make one comment on her flakiness. Because simply not responding and flaking after spending time together is just plain rude and childish.

But what it also is, is easier than confronting you and telling you “I'm just not feeling it”. Well easier on her, not you.

I wish that more people, both men, and women, were stronger about stuff like this but sadly they are not.

Which is something you can use to your advantage because YOU are not like that and if you didn't feel it with a woman, you would tell her so that she's not left guessing “what did I do wrong”.

Hopefully this helped you realized that when women flake, it is not necessarily because of anything you did.

In fact, when a woman flakes on you it's a way for you to realize that this girl was not good enough for you because she was not big enough to just tell you to your face. Huge Red Flag!

Wanna learn more about why women do the things they do and discover the secret meanings of their actions??

Go check out What's Inside A Woman's Mind: Secrets We'll Never Tell You To Your Face:

In this interview series, I sit down with over 50 hot, sexy, amazing women and ask them to explain themselves and tell me what they want from men, what turns them on and the mistakes men are making that creep them out.

Hear from these women and more… 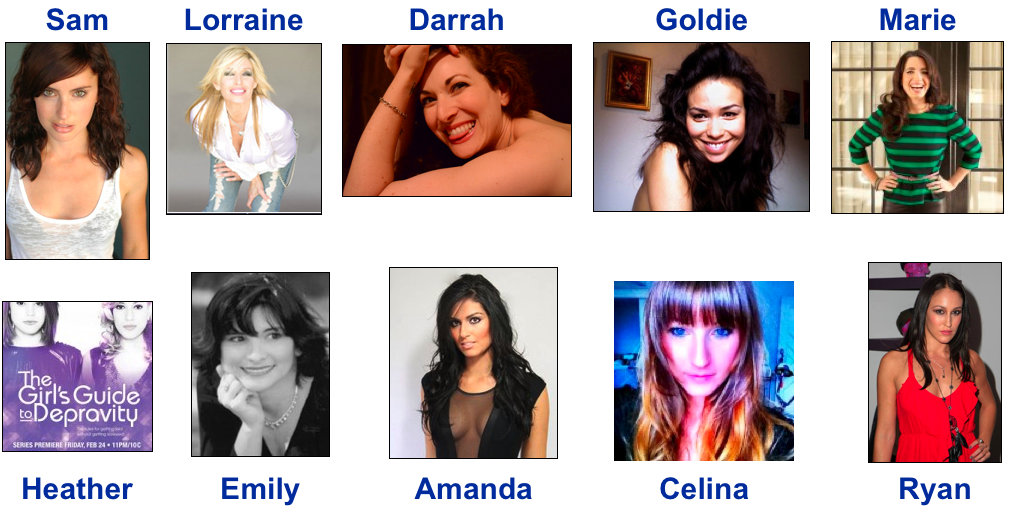 Go get it here:
https://www.winggirlmethod.com/offers/whats-inside-a-womans-mind/