So, here's the scoop…

Women will not do any of the following actions with men they are sexually attracted to:

If the women you are interested in does any of these actions with you then she is NOT INTO YOU.

Even worse she has placed you in the Friend Zone.

Even worse than that, you are staying in it hoping that this women will turn around one day and say “oh there you are. The man of my dreams. Why didn't I notice you before.  Let's have sex and love one another right now.”

I recently got an email from man who I am going to call Jack.

Sadly Jack has fallen into the friend zone with a woman he really likes and wants to be in a long -term relationship with.

The good news is that there still seems to be some attraction coming from his object of desire.  The women, who he refers to as S, gets jealous when he is with other women, which means there is still hope for Jack.

I met S. two years ago at a karaoke party and this all began with physical attraction. She was incredibly captivating to me, and not in the meet-a hot-girl-in- a-sea-of-beautiful-women-at-a-club kinda way. I really found her gorgeous right off the bat.

We went on one official date, before I got into the PUA community, this was two January's ago and needless to say I was a complete wuss. Complimented her all night, fluff talked… and basically had no idea how to build attraction. It didn't feel very date-ish.. It was like going out with a friend for dinner. Of course being the nerd that I was, I was actually pleased that after not being in a relationship in a year, someone actually agreed to date me.

Then I came across David DeAngelo's eBooks and immediately got hooked. This was about 8 months after I met her and I was convinced before David D. that I pretty much had no idea how to ask her out. Well just prior to David D. I asked her out after dropping her off one night, even though no attraction was built. I think I mis-understood her statement “I can't believe how comfortable I am with you and how close we are now only after being friends for a few months” as maybe I should try my luck with asking her out.

I was a nervous wreck when I asked and I tried hard to come across as suave.. my hands were shaking.. I was not very suave to say the least.. she likes Disney a lot right… so I think I asked her to be my princess.. ya, I know..dork-tastic.

So after reading some David d. I got it in my head that I need to actually be more suave and smooth and romantic and I needed to Kino more, get physical with her.

So I did the cocky funny thing like you wouldn't believe it, teasing her for calling me all the time each time she called and played it off like I really didn't care too much about her when I know that deep down I really did.

It worked like a charm.. but I still had pretty much zero inner game which eventually lead me to messing this whole thing up again the second time I asked her out (the first time she said “I need some time” and it never got any further than that). So outer game she loved, and I felt the attraction building. Got her to kiss me on the cheeks each time we hugged good-bye, sit really close to me when we were together, and even went to the beaches at night twice where we shared a bottle of riesling and she sat on my lap.

Here's what I think the problem was, I kept thinking, “when is the best time to kiss this girl” without actually doing it! and the Kino never actually escalated.

But I kinda kept the cocky–funny going the whole time (even until this very day) and I think a part of her even right now is still very attracted to that part of me.

Also, I got it in my thick head that I should start writing her letters and sending her cards with secret msgs on them for her to decipher.. it really was a cute gesture I suppose, I know she liked it.. but the lack of Kino and physical contact beyond hugging and kissing on the cheek might have cost me from sealing the deal. I dunno. I have a problem with going in for the kiss with girls I want to pursue LTRs (*note from Marni, this stands for long term relationship*) with.. maybe it's the fear of rejection. I was at a bar one night and I managed to kiss a girl on the lips and get her number only after an hour… it felt easy, and I felt very little nervous.. with S. it's different.

She liked the letters.  She wrote me back several times.. the final letter I actually asked her out in it. Ya, no reply from that as well.. she was very infatuated with this new guy she met who told her he wasn't interested and it broke her heart I suppose. at that point I pretty much got the ‘friendship' card stapled to my forehead, as I became the chump that lent a shoulder to cry on. Although she keeps telling me how much she appreciated it and that she feels like she can tell me anything.

Right now we are both casually dating other ppl, and I can tell by her body language and her voice tone that she is as jealous as I am when we talk about the ppl we are casually dating.

So, I don't think I'm a hopeless cause right now.. or am I too naive to think that I can actually ask her out for the third time. I get a lot of mixed msgs from her, like she texts/calls me at least once a day sometimes just to say “booo!” or “I'm bored.” and she's always the one that initiates going out to chill. She also had a seven-year relationship with a guy that left her to go back to HK to work for his dads business. She talks about him at least once a day no matter what the topic of conversation is… although she insists that she is not compatible with him anymore. She's also
seeing this new guy who she's getting close to but she told me the other night that after 2 months, it's kinda hit a plateau and she
can't see herself falling for him… so she'll just ride it out until whenever. I'm just worried that I might miss my third and probably final opportunity to make this happen…

so that's pretty much the full story.. your comments, criticisms and poking and making fun of statements are welcome.

P.S. I want to see/buy some wing girl video seminars/books.. have any? URL?

Hopefully throughout reading Jacks email you could see the many errors that he was making with S.

As I said before it sounds like Jack could still be in a place with S where he can still remove himself from friend status to boyfriend status.

In my opinion Jack is playing it safe because he fears that if S rejects him one more time he will have lost his chances with her forever.

Which means that Jack is willing to stay in this safe friendship space for as long as it takes even though he does not want to be friends with S.

He is hoping that one day S will wake up and realize that he is the man she has wanted all along.

I want to give you a piece of advice.  You are the only one that can make things happen in your life.

Success in the real world is made through hard work, drive and taking chances not luck.

First I must say you are very sweet.  I can read that through your emails.  Second I think this “sweetness” may be your Achilles heel.

You have obviously built a relationship with S. over several years. You are friends.  At least in S's eyes. She knows about you, you know about her, at times there has been some attraction.   Why are you so afraid to take it to the next level?

Let me ask you another question that I want you to really think about.

If everything was open between you and S and she knew how you felt and rejected you saying “I have absolutely no interest in you for a relationship or sexually” would you still be friends with her?

If the answer is NO then you are simply just torturing yourself plus you are wasting your time, energy and opportunity for meeting other women.

Does this make sense?

If your end goal is to be in a relationship with S then #1 you are leading S on by teasing her with a friendship that will not exist once the elephant in the room is released and #2 you are stopping yourself from possibly meeting another woman.

Basically you are in a relationship and off the market.  The sad part is that you are the only one who knows this.

Again if your answer to my question above was no then you and S are not friends.  Friends do not want to be in relationships with one another.  If one person in a friendship wants more then the friendship is ultimately doomed.

Therefore you need to make your move soon so that either, A, it can move to the next level or, B, you can end this and move on.

If you ask her out one more time and get rejected then you need to move on because it is not going to happen.

I am sorry to be so harsh but I think you may need this kick in the butt.

I would love for you to get the girl and it sounds like you really could.

Have you checked out our video “How to Become the Man Women Want”? It will DEFINITELY assist you!

It will help build up the confidence you need to make your move with S.

Again, if you let this go on any longer you are just torturing yourself.

Be a man you know you can be and ask her out again and this time don't let her say no.

Jack is just one example of the many men who have written me that are in similar situations.  I have shown you this example because I do not want you to be Jack.  That is why I'm here, and why I've developed a ton of systems designed to combat these issues .

I want you to learn to take charge, be a man women want and make things happen for yourself.

Get my step-by-step program how to get out of the friend zone right NOW! CLICK HERE TO LEARN MORE 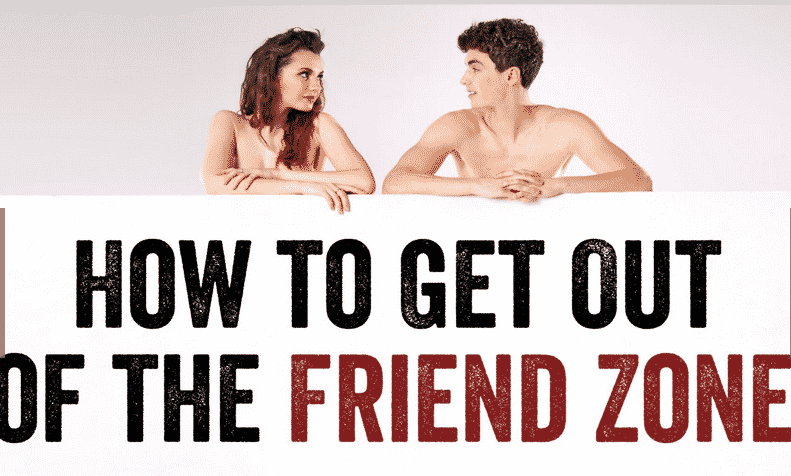