Did you know that I used to have extremely low confidence and would second guess EVERY action I made? NO? Well, I did.

Not only did I have low confidence, social anxiety and a huge fear of speaking my mind. I also had a HUGE problem asking for what I wanted.  I was so afraid to be seen as rude and aggressive that I resorted to being meek and wimpy. Which at the time I thought was being polite.

At The Wing Girl Method, we believe that the only way to get what you want is to ask for it. That is true in life and even more true with women. Because if you don't ask for what you want, it leaves room for others to swoop in get what should have been yours.

I made you this video below that shows you an example of what happens when you don't take action and ask for what you want with women.

The clip is from ABC Family's Greek and it's about one of the main characters Rusty putting off asking a woman out because he's waiting for the “perfect” moment.

I know you've done the same thing as Rusty and had countless opportunities with women pass you by. I don't want that to happen to you again.

PLEASE do not ever be like Rusty.  He had the girl. She was into him and then he missed his chance. His perfect opportunity and he chickened out. Now the girl thinks he doesn't like her and most likely felt very embarrassed about putting herself out there.

Now I don't want to ruin this show for you BUT Rusty does eventually get the girl a few episodes later. And you know how he got her? He got her by asking for what he wanted and not apologizing for it. He tells her he likes her and liked her from the first moment he saw her and that he wants to be with her. And you know what happens? She breaks up with that guy she just kissed and starts dating Rusty.

Stop rejecting yourself and go for what you want.

Trust me, women will find it very attractive and you'll finally get what you want.

I actually have a great exercise in my program how to become a man women want that gets you asking for what you want with women WITHOUT feeling like a Jerk.

Learn How To Ask For What You Want From Women Without Being A Jerk or A Wimp.  Click here to read more 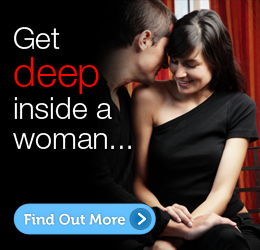