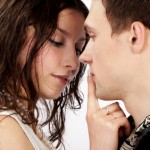 The New Breed of Females is coming and it's coming fast!!!

It should be no shock to you that women are getting stronger, more empowered.  Some may even say women are becoming more masculine!

About a month ago, I stumbled upon a really interesting site called The Girls Guide To Depravity. Not sure how I got there, probably from someone twitter, doesn't matter, I found it and I loved it. The site speaks to the modern woman who is fed up with the traditional dating rules and wants to make their own rules.  I believe that this is the direction most women are headed in. Assertive, sexual and dominant.

So what does this mean for men? It means it's time to Alpha Up!

I contacted the creator of The Girls Guide To Depravity, Heather Rutman, a woman who spent over a decade dating in Hollywood and developed her own philosophy on how to deal with men so she could get laid without getting screwed. And asked her if I could interview her about How To Attract The New Breed of Females.

She said yes and I have to say it is one of my favorite interviews to date.

Heather and I discuss: 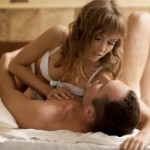 – How To Attract The New Breed of Females

– What men NEED to do to attract t

how to lose weight

– Why women are frustrated with dating and MEN

– The kind of guy Heather defines as “pussy's”

– Why women are attracted to cocky, A@#holes (this was the best part of the interview)

– Why girls want sex just as much as men

– How to be assertive with strong women 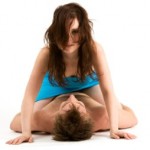 Want to hear the full interview? I have just added the full 22 minute version of this interview to my program: What's Inside A Woman's Mind. Listen to this interview PLUS 44 other beautiful women revealing their secrets to me about sex, dating and men. Click Here to find out more!

**The Girls Guide to Depravity has been adapted into a thirteen episode series that airs on Friday nights at 11pm ET/8pm PT.  Book in Store on May 8.