How To Attract Women

Being mysterious is ridiculously attractive to women and if you learn this you will know how to attract any woman.

You can easily become more mysterious just by doing a couple of really simple things.

Don’t worry, I’m not going to try to change you at all and turn you into some game playing jerk just to be mysterious.

I am going to help you tap into your inner man or alpha-ness so that you can authentically appear mysterious.

I got this awesome email earlier from one of my Wing Girls, Marissa, that I want to share with you.

She told me about an article she came across where…

Scientists proved the most effective way for men to attract women.

Women were shown Facebook profiles of random men, who they were told had already seen their profile and rated them.

One group of women were told the men they were viewing had rated them highly.

A second group were told the men had rated them average.

The third group of women were told it was unknown how the men had rated them.

Which group of women do you think found the men they were viewing the most attractive?

Well, it turns out the women were the least attracted to the men they believed only liked them an average amount.

Yet the women were most attracted to the guys when they didn’t know one way or the other how the men felt. 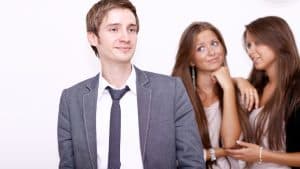 In other words, his thoughts on these women were a MYSTERY.

Now, this didn’t come as a surprise to me at all and I can't imagine to you either.

After teaching guys for over a decade how to create attraction, I know that this kind of uncertainty is effective.

You can call it a game, even call it childish, silly or bitchy.

Whatever name you want for it you can call it that, but I'm going to call it reality.

Why are we women more into guys when we don’t know if they like us or not?

It's because when we have to try to work out how they feel, we spend more time thinking about them.

Plus the hotter and more pursued woman is used to knowing how a man thinks of her.

When suddenly she’s presented with a man that is still undecided or she’s unsure of what he thinks, it makes her hyper focus on why he isn’t into her and how can she change that.

He becomes the object of her attention.

A man like this is a mystery that we must solve and every interaction provides a new layer that we simply have to know about.

It’s similar to when people see a movie; they don’t want to know the ending.

It’s more riveting and emotionally engaging when you don’t know what’s going to happen next. Which is why you see so many ‘spoiler alert’ warnings online these days.

Everyone knows how annoying it is to find out what happens, as it kills all the suspense.

And it’s similar when it comes to dating and attraction.

If we know exactly where things are headed, and there are no surprises, it gets boring.

That’s the reason women are so attracted to guys who are unpredictable — it keeps us on our toes, wondering what’s coming next.

So how do use this knowledge to your advantage with women?

You use it to become just the right amount of mysterious to drive her wild without pissing her off. Learning this balance is crucial and the key component for getting any keeping woman.

One of the best ways to do this is to… 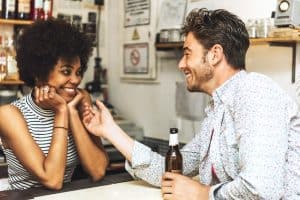 I don’t mean that as some sort of technique that you use, where you give the impression that you have standards.

I mean actually have real standards as to what you want in a woman, and what things would be a deal-breaker.

What that means is you are not bowled over by a pretty smile and big boobs. Physical attributes can totally be one of your standards but not your only standard.

This is going to come down to your personal preferences and what’s important to you.

If you're not sure, then it’s time to find out. Until you do you won’t know what girls meet or don’t meet your standards.

I help men identify their standards every day with my program How To Become A Man Women Want.

It’s one of the key components of the wing girl method and sadly a component that so many men have not thought through.

When you truly have standards and reasons for them, you’ll be automatically more selective when talking to women.

You won’t come across as eager and like you’re looking to just get with ANY girl.

Having standards when dating will make you more selective and in turn put out the vibe to women that you are undecided.  This is mysterious.

I’m going to use an analogy to better explain this concept so it’s 100% clear. Think of going to a car dealership.

Of course you’re going to show interest in a car (why else would you be there?), but that doesn’t mean you’re sold.

It might capture your attention, but you still need to know more before you buy. 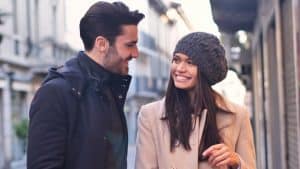 What engine do you want? How do you want it to curve around edges? Does it need to fit into a certain size garage?

You see where I'm going with this.

I have another analogy in case that one didn’t click for you. How about a computer store?

When you go in there do you just say “get me a computer, i’ll take the prettiest one you’ve got”.

“Don’t care what it does, but it’s gotta look good.”

No, you are more selective than that. You know what color you want, RAM, size, Gigahertz etc. You know your standards.

Standards means thinking through your own wants and needs and making sure the woman sitting across from you, or on the app screen, matches up with that.

Just because you think a woman is hot shouldn’t necessarily mean you want to date her.

You may want to sleep with her but that's not the same as investing your time, money and energy into getting to know someone.

You now know how to attract women with standards.

Now, think what else you need to know about her to see if she meets those standards? What else does a beautiful woman need to have in order to win you over?

You don’t have to be rich or good looking to have standards.

Men who have standards and know they can be selective will always have the upper hand with women.

These men will have women literally chasing them and obsessing over them.

I’ve seen my girlfriends become totally fixated on men that at first glance, most women would tell you they’d never date, all because they knew how to do this.

I’ve put together a free 45 minute video that tells you exactly how to attract women with standards and be selective with women.

Once you get it, you’ll quickly see how differently women respond to you!

You’ll be just mysterious enough that the girl or girls you are talking to can only focus on you.

Go to www.thewinggirl.com to watch the video now, and learn how to attract women. 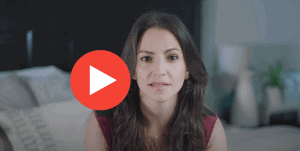