5 Traits Get Women To Approach You

In this article, I'll share with you the top 5 simple things men who are successful with women do to be approachable. Once you hear how easy these things are to do, you are going to start doing them yourself.

When you start applying what I show you, I promise you will have women fighting for your attention and approaching YOU on the regular.

I got an email from an email coaching client of mine named Paul who was very frustrated that he was not having the same success with women as some of his less attractive friends.

In his quest to be more approachable, her wrote:

Marni, I have this one guy friend that I go out with and every time he’s able to make women approach him. I honestly don’t understand it or what he does. Here's what I mean; I’m better looking than him, I dress better, have a better job.  Why don’t women do this to me?  How can I get women do approach me?

To which I responded:

Paul, there are a million and one ways to go about making this happen for you.  But I want to turn this into a little exercise so that what I tell you will have an impact on you.

First, I want you to tell me what you think it is about your friend and what he does to get this result from women. Why do women approach him?

To which Paul responded:

Marni, I thought about this for a long time and here is what I came up with:

Now what do I do with this list Marni? I can’t do any of these things. How is this going to help me, get women to approach me?

To which I responded:

The 5 things you listed are now your 5 goals to work on for the next 30 days.  The truth is that, Anyone can do any of these 5 things and learn how to be approachable.

Not just women; he can start conversations with everyone.  This simply means he knows how to be open to others and has practiced the art of conversation. This is at the core of how to be approachable and something you can easily learn.

In fact, in section 3 of my program, become a man women want, which you own, is all about how to talk to women and includes guidance on conversation threading and making associations.

You can be a great conversationalist in 30 days or less if you practice. Onto the next thing that will make you more approachable. 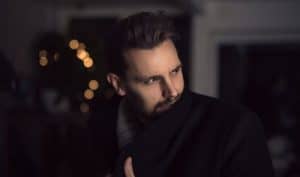 He doesn’t really share a lot of details about his life with others until they really know him. This just means that he’s selective with whom he shares details about himself with.

“Being mysterious makes you more approachable”

You can always talk to people but providing intimate details about who you and where you came from and what is going on in your life is saved for the those that earn it.

It’s the opposite to what most men do which is throw up information on women.

They tell women EVERYTHING about themselves rather than following my 75/25 rule which is that SHE should be talking 75% of the time, you 25% of the time.

In the beginning stages, it’s about you leading the conversation NOT dominating it. This creates mystery.

He smirks then looks away (#3) 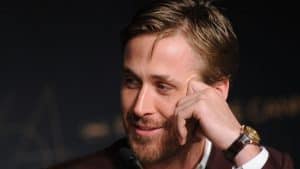 He once told me this trick he does for when he sees a girl looking at him he smirks for 3 seconds and then looks away.

I LOVE this one.

Get her to make the move

Basically, he’s saying to you that he is confident enough to hold eye contact AND THEN get back to his life forcing the woman to take action if she really wants an interaction to happen. This is a ninja way to be approachable!

My guess is that after he does this, this woman just so happens to find her way into his sphere so that an approach can easily happen.

This means your friend is not out to meet women, but out to enjoy his friends. Do you know how attractive that is?

I’m sure you’ve heard my story about my one night stand before where I talk about seeing the guy for the first time.

He was out having fun with his guy friends and focusing on enjoying them; NOT trolling for women.

This guy would dance, laugh with his friends and appeared to be just having fun. So, I had no choice but to approach him after he did #3 to me 2 times throughout the night.

We all know that people who are just having fun are extremely attractive and you can easily replicate this one by simply just focusing on your own fun and the people around you.

Think back to the last restaurant you went to that had a really fun table there just laughing and enjoying themselves.

Didn’t you want to approach that table too?

The FOMO principal applies here as well but with a little twist.

Which means – fear of missing out on that talking to that guy who’s having fun cause he seems awesome.

Now, to the last one.

Trust me, when you can do #1 – #4 texting will become super easy AND if it’s not, I have a wonderful program that can help you hone that skill called The Banter Guide.

Here’s the thing, my guess is that instead of being open and just enjoying your life, you are out and about all frustrated and expecting women to want to approach you.

Which is no good for your interactions with women and you are wasting any and all opportunities that come your way.

As I’ve said numerous time these 5 things you listed and I explained are all really simple things that you can do.

All you need is practice and guidance. In fact, these 5 things are what I help 100’s of thousands of men learn to do every single day.

You want to learn to be approachable 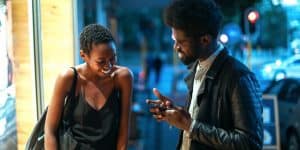 I’ve put together a free 45 minute video that I know will put a smile on your face.

Once you’ve watched it, I promise you’ll be just like Paul’s friend who has learned how to be approachable and has women approaching him on the regular.

You’ll naturally do each of them without even thinking about it.

To watch this 45 minute video just go to winggirlmethod.com.

Remember, finding the right girl doesn’t have to be hard…when you understand what women really want.

Go watch my free 45 minute video by going to winggirlmethod.com 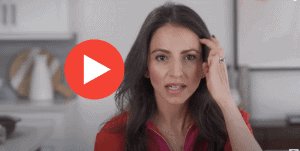