One Little Trick (Backed By Science) To Boost Your Profile Pics

What I discovered from this study is going to change your online dating life completely.

It confirms everything I've been saying for the longest time.

The HATERS were wrong.

What am I talking about?

Like with everything else in life, there've been some “haters”.

“Marni – this stuff DOESN'T work online. All women care about is if you look like a Gucci model”.

And let me tell you… they're SO wrong.

Someone sent me this study they did recently at the Proceedings of the National Academy of Sciences of the United States of America.

It is the official journal of the National Academy of Sciences, published since 1915!

They're one of the most prestigious scientific journals in the world.

If a study ends up there, it's because it's worth taking NOTICE.

The study they did wanted to determine if having more open/dominant body language in your photos would make you more attractive.

So they set up 2 dummy accounts with the same EXACT GUY.

The only difference between these two accounts was the pictures were different.

And the other had masculine, dominant, and open body language.

But the numbers are CRAZY.

In fact – I was even shocked about it.

Remember the profiles were identical except for the body language.

The profiles got 30 right swipes in total with 26 of those 30 swiped right on the DOMINANT body language profile.

And only 4 swiped right on the other.

That's almost 7x more response from just switching up the body language in a few pictures.

How crazy is that?

Imagine having 7x more success with women… just by making a few tweaks to your body language?

And to be honest… 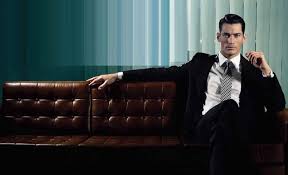 Make a MASSIVE difference to any one of your online and offline interactions and learn how to be more attractive to women then I have something for you.

AND you want to know how to approach the girl after you’ve got her attention, then I have something for you.

It’s my approach blueprint and it breaks down my step-by-step method for approaching women, disarming them, and engaging them in conversation

It also explains the best body language to have that attracts women and gets women to approach you.

The program contains every secret ever revealed to me by guys who approached me and had the “right stuff” to date me.

It’s the result of watching tens of thousands of hours of approaches.

And developing a systematic METHOD to give you the absolute highest chances of success possible.

With it, you’ll have all the tools you’ll need to get into fun, meaningful conversations with ANY GIRL YOU CHOOSE.

You won’t have to fear rejection…

You won’t “inconvenience her” with your conversation…

The exchange will unfold so naturally she won’t even know you approached her.

You’ll no longer have to settle for girls who are “just good enough.”

You’ll finally be able to approach, get and date the women you DO want.

The Approach Blueprint teaches a method so effective that one student called it:

“A way to meet women that every guy has been waiting his whole life to learn.”

Sounds too good to be true?

Well, why don’t you be the judge of that!

To get instant access to the Approach Blueprint Just go to winggirlmethod.com/approach-blueprint/

When you know how to approach women and the simple code phrase that I’m going to teach you, it will be like adding ROCKET FUEL to all your interactions with women.

The last dating coach you'll need to teach you exactly how to be more attractive to women.