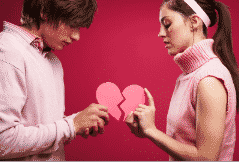 1. An amazing weekend with friends, wineries and fun.

2. Tonight, I'm co-hosting Loveline with Dr. Drew and the girls of the Ask Women Podcast at 10pm PST for the second time. Make sure to tune in.

But #1 was amazing, except I had an interesting encounter that I wanted to share with you.

I'm sharing it with you because it upset me and because it's something I'm not sure I talk about that much.

I was celebrating one of my best friends birthdays at this beautiful winery up in Malibu. The sun was shining, all my friends were there including this one guy who is contemplating breaking up with his girlfriend.

Now the guy contemplating breaking up with his girlfriend is the guy that got me angry and the guy that I NEVER want you to become.

The conversation started off okay where he was telling me about a situation with his girlfriend that really upset him. Fair enough. Our partners can get under our skin and bother us from time to time and there is no harm in venting about it.

But this guy did something different. He didn't just vent about it.

He continued to tell me what a bad person his girlfriend was and he's been debating breaking up with her for 3 months now.

He then proceeded to tell me that he wants to break up but it's just not the right time. He kept saying he's a good guy and knows she doesn't really have a lot of friends and he doesn't want her to be alone.

She also has not gotten her roommate situation sorted so he wants to wait until after she gets this settled to break up. WHAT???

Alright, so here's the deal. As “nice” as it is to want to be sure your soon to be ex is nice and settled and has friends around her when you do break up with her.

It's also pretty cruel and shitty, pardon my French, to continue seeing a woman if you know she's not the one for you.

You see what happens when you decide this relationship is not for you is that you start to pull back and distance yourself, which makes women:
– insecure

A real man breaks up with a woman as soon as he knows she is not the one for him.

He doesn't hide behind excuses that it's not the right time or he doesn't want to hurt. He especially does not bash the girl in front of his friends and then parade her around for another 3 months, while his friends just have to keep quiet. Awkward and not fair to her, you and them.

So here is what I told him after about 10 minutes of attempting to be supportive and provide neutral advice and BITING MY TONGUE!!

“X, I'm sorry to say this but what you are doing to her is way worse than breaking up with her.  You are leading her on and not being honest with her.

My advice is to break up with her and be a man of integrity rather than a scared chicken.  In the end, it will hurt her less and you'll feel better.

Also, if you continue to drag this out you are going to leave her full of insecurities and damaged. This will creep into her next relationships.  I know you're a better man than that, so break up with her and set her free.”

My overall advice to every man is that a real man leaves a woman better than she was before she met him!

So whether you are in a relationship or simply dating, if you know this woman is not for you and you can't give her what she wants, tell her and let her go.

I really want you to take this advice to heart because it's really important. If you want to be a man, A REAL MAN, a man of great integrity, follow my advice the next time you find yourself in this situation.

Becoming a real man is what The Wing Girl Method is all about. If you want to become a real man of integrity, then I highly suggest you check out How To Become A Man Women Want.

It's the system that has transformed thousands of “nice guys” into confident men that women want, crave and desire.

Don't be this guy. You're way better than that! So to get over this lull in my weekend, I've got my Loveline appearance to look forward to. 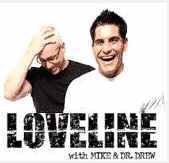 Make sure to tune in tonight to listen to me, and the women of Ask Women Podcast, on Loveline at 10pm PST.