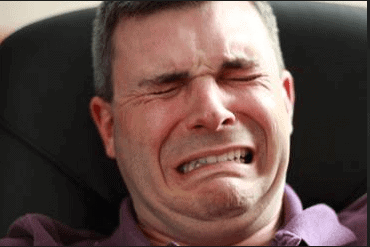 As much as it may sting, rejection is part and parcel of dating.  The only guaranteed way to avoid it, is to sit on the sidelines and not get your butt in the game at all (and if that sounds appealing, you’re on the wrong site). So if we accept that rejection is something you’ll need to deal with… let’s talk about how to deal with it in a calm and mature fashion i.e. how to handle rejection like a man.

And the easiest way to explain how to do that, is by talking about what NOT to do.

So, here are the 3 common mistakes men make when it comes to handling rejection:

Sometimes you’ll approach a woman and she simply won’t be interested. Perhaps she already has a boyfriend, only dates men of a certain race or age group, or she might not even like dudes at all.

Or maybe you’ll go on a date or two and she texts you that she’d rather be friends.

Or perhaps she just never responded to any of your texts after you got her number.

Whatever the situation, it doesn’t make sense to take it personally and become highly emotional, because the truth is it’s NO BIG DEAL.

But when you get upset, sad, angry or start yelling, it reveals so much about you and your insecurities that as women, we immediately see we were right to reject you.

If you were a confident, happy and successful guy winning at life… would you be phased by one stranger’s opinion of you?

There are tons of other available women out there, that you shouldn’t be so emotionally invested if it doesn’t work out with any particular one.

I actually just saw the saddest example of this while watching episode  season 5, episode 6 of bachelor in paradise.  This guy named Leo, who literally looks like a cave man a.k.a super masculine, turned into an emotional baby when he thought he was getting rejected by Kendall.  Turns out he was NOT getting rejected but as soon as she saw him stomp around like a 2 year old she was over it and moved on to someone else.

I highly suggest watching it as a cautionary tale of what NOT to ever do.

Instead of becoming highly emotional like in the scenario above, these men become highly logical.

They try to point out all the reasons why she’s wrong, and highlight why they would be so perfect for each other.

And the guy might actually be right — on paper, they could be a perfect match.

The problem is that chemistry and sexual attraction doesn’t take place on paper!

If she doesn’t feel it with you, no amount of debating and pointing out the logical reasons why she’s wrong is going to change her mind.

You’ll only come off as needy and/or condescending, like you think you know what’s best for her better than she does.

A lot of men try to ‘get back’ at a woman after they feel rejected. Sometimes, the guy is even unaware that’s what he’s doing.

And while this can take place in a number of different ways, at the core it’s the same thing:

You’re trying to make yourself feel better by making her feel bad.

But it could also involve spreading rumors about her, insulting her, and in some extreme cases even physically assaulting her!

Now, if you recognize that you’ve been guilty of any of these 3 mistakes, it’s important you learn to handle rejection better from now on.

Essentially by not REACTING to it at all.

Instead of becoming upset, you remain calm, confident and in control. Because your emotional state is not dictated by the thoughts or actions of one random woman.

Be perfectly okay with her choice not to pursue anything with you — whether that be a conversation, sex, or a relationship.

However, in some cases (not all), the fact that you’re so in control and aren’t reacting to her rejection… will make her question if she was wrong about you.

I’ve helped plenty of men turn things completely around with a woman, simply by the way they handled her rejection.

Of course, prevention is always better than cure, and ideally you want to avoid getting rejected in the first place whenever possible.

And the best way to do that is by understanding How To Become A Man Women Want.

Because when you know how to present yourself as the man she already wants to date and sleep with, life becomes a hell of a lot easier.

The whole interaction feels smooth, effortless and natural… exactly the way it’s supposed to be!

Of course, nothing will ever eliminate rejection 100%, because some women won’t be available.

But when you discover the secrets inside How To Become A Man Women Want, you ensure that when she IS available… you’ll be the rare type of man she can’t say no to.