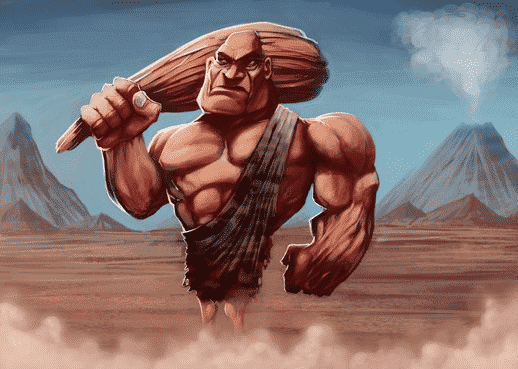 Here’s a recent email that CJ sent me:

“I am approaching middle age, still in good shape and healthy… I’m an attractive and engaging man. But my main concern is learning how to attract women on a primal level, as I feel women only see me as good boyfriend material.

My friend John is 60, jobless, short and more or less a hobo. Yet women respond to him in a way they never do to me. Last week he even slept with one of my married female friends.

The other night he was hanging out with me and my girlfriend and I sensed some sexual energy between the two of them. It seemed as though she possessed this natural pull towards him and would have totally jumped his bones if I wasn’t in the picture.

I’m not upset about her reaction. I just took this as a lesson. I want to learn how to really get more of a hot and bothered, primal reaction from women. Not just a nice, I find you attractive and would love to be your girlfriend.”

This is a great email and CJ is typical of many of the men I’ve worked with over the years.

He’s a nice guy who actually has a lot going for him.

But he’s holding back on showing his true sexual self, instead behaving in a way that he thinks is expected of him.

When you think about it, he’s not being honest and authentic with women.

And this isn’t attractive to us.

It’s impossible for us to feel that raw, primal sexual desire CJ talks about when we’re around a man who isn’t comfortable with his own sexuality and everything that entails.

There are lots of guys who tick all the boxes and would make a great boyfriend, and women do date these guys…

BUT we’ll fantasize about a man who completely embraces his sexuality and makes us equally comfortable embracing our own!

Even though on the surface he doesn’t appear to have as many attractive traits as CJ does (he’s older, shorter, not as good looking, has less money etc.) …

It’s clear that women feel a magnetic attraction towards him and a sexual desire they’re compelled to act upon.

Because John is a man who doesn’t hide his sexual side. He owns who he is to the core.

Even though I’ve never met him I can tell he’s a man who is comfortable touching women. Who holds eye contact without flinching or turning away. Who uses sexual innuendo freely and without apology. Who has a seductive voice that women lean in to listen to.

He’s a man not afraid of his own primal sexuality, and hence women feel that sexual energy in his presence.

It can be for a number of reasons.

They might think it’s not ‘appropriate’ to show any signs of sexuality around women. Many men have been brainwashed into this way of thinking thanks to social conditioning or a strict upbringing.

They might also think it’s ‘creepy’ to be sexual. But guess what? Nothing could be further from the truth. Assuming a man is being sexual without being lecherous, we love this as women. And we actually find it kind of creepy if a man doesn’t show any hints of his sexual nature.

Or it can also be that a man doesn’t know how to interact with women in a sexual way. He might not know the specifics of what to say and do due to a lack of experience and confidence.

Whatever the reason, the outcome is the same.

Women will NOT feel a primal sexual attraction for these men.

So the question you need to ask yourself is, do you identify more with CJ or with John?

Does it feel like there’s only a pleasant and platonic vibe to your interactions with women?

Or are you able to generate primal sexual attraction without a lot of effort?

If you fall into the latter group, congratulations. You’re actually one of the rare breed of men that women can’t get enough of.

And if you’re in the former, you’re certainly not alone. Many men struggle with this same issue.

But as your wing girl, I’m dedicated to helping you become the man who can generate primal sexual desire in the woman (or women) you really want.

If you want to become this type of man, click on the graphic below for more details on my program, Become The Man Women Want.