Know The Signs A Woman Is Using You (Or If You're Playing Yourself)!

Is she using me, or am I missing something? Men ask me this question constantly.

If you want to know the signs that a woman is playing you, taking advantage of you, or simply just leading you on for her own benefit, then I'll share these signs with you today.

I’m also going to explain why women play you and why men sadly fall for it.

Now, this could mean financially, emotionally, or anything else where she’s taking advantage of you.

But most of the time the guy has it backward:

The woman didn’t play him.

How you unintentionally “play yourself”

Let me explain what I mean with an example from a client, James.

While overseas on vacation, James met a woman who was part of a group he befriended.

And while the two of them had some nice chats and got on well, nothing romantic or sexual happened nor was it discussed.

Once James returned back home, he continued to text her. Then he invited her to come to visit his country.

She said she couldn’t afford to come over. So James offered to pay for her flight.

Fast forward to the end of the trip, and after she didn’t hook up with him.

James came to me asking, “Is she using me?”

Now, here’s where the problem lies: 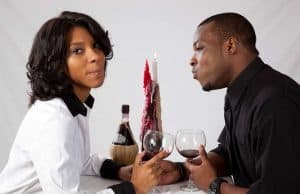 The problem lies in implicit expectations

In James’s mind, when she agreed to come to visit him, she also implicitly agreed to sex.

But that only existed in his head.

Because in the real world, he hadn’t properly communicated his sexual interest to her.

This means she thinks she was flying overseas to go visit a FRIEND.

Not a guy who thought the plane ticket was a down payment to get into her pants!

As a result, the trip wasn’t what either of them had in mind, leaving both disappointed.

And to be clear, I’m not saying James is a bad guy for this.

He just assumed her interest in him was sexual because that’s how he felt about her.

Many guys are similarly guilty of this same mistake.

This is particularly common with the “nice guy”.

He doesn’t want to risk saying or doing anything offensive, so he hides his sexual interest.

And because he’s simply being pleasant and harmless, a woman will often be nice in return.

The simple assumption that guys make that kills attraction

And the nice guy thinks, “Oh, she’s paying me attention and being nice to me, I guess that means she’s attracted to me.”

It doesn’t mean that at all.

But because he now has that expectation in his head, he gets upset or mad when she ultimately winds up not sleeping with him.

He feels like she was leading him on and playing him.

When in reality, he created that situation himself by suppressing his genuine and authentic masculine desire for her.

Note: if you want to discover the RIGHT way to show your desire for women go check out The F Formula by going to winggirlmethod.com/flirteffortlessly

So, hopefully, you now realize that most of the time women aren’t trying to play you.

And yes, I say MOST of the time, because in rare cases, that’s exactly what happens.

Let me share the story I hinted at earlier, so you can see the difference.

A woman in England invited a Tinder match out to dinner. 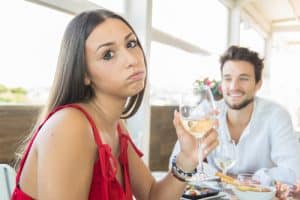 Signs she is using you

She ordered the lobster and expensive bottle of wine for herself, racking up a bill of almost $150.

And she expected her date — a student — to pay for the both of them, even though his bill was only $20.

(He refused, in case you’re wondering.)

This type of situation is totally different, where she clearly was trying to play him for a free meal.

She took the initiative to invite him out to dinner and then ordered the most expensive items on the menu.

That’s completely different from a woman accepting something that you offer her.

By the way, if you want to avoid awkward situations like in that restaurant example, don’t allow yourself to be in a position where that can happen.

Choose a place for a first meeting that you wouldn’t freak out if you had to pay for your date e.g. a lounge bar, a coffee, or even a free activity like a museum or gallery.

If she insists on an expensive restaurant (which is rare, I don’t know any women who do this), you might want to move on to someone else.

OR if you can afford it and that’s the circle you run, go.

But you know what the surest way to guarantee you never get played? 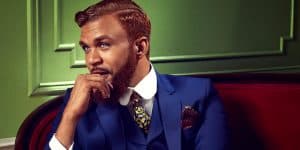 Want to know how to NEVER get played?

Or ever again have to ask yourself “is she using me?” because you know there's no doubt in your mind that she wants you for you?

Behave like the man we naturally want right from the moment you first meet us A.K.A not hiding your true intentions out of fear it’s going to turn her off.

Trust me, when we see that you ARE this rare man that we dream about there’s no way in hell we’re going to lead you on because the only place we’ll want to lead you is to the bedroom.

Guys who understand this about women are incredibly rare.

If you have been frustrated with trying to “decode” what women want, I can help.

I’ve put together a free 45-minute video that I know will put a smile on your face.

Because in that 45 minutes it will all become crystal clear and the frustrations of lack of confidence you’ve had with women will disappear.

Once you’ve watched it, I know you’ll be eager to put my suggestions to work immediately!

intentionsan anticipated outcome that is intended or that guides your planned actionsMore (Definitions, Synonyms, Translation)