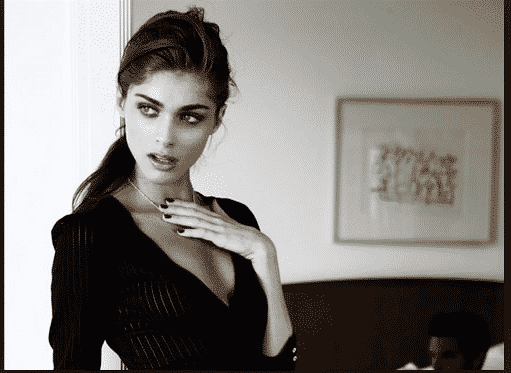 I'm glad you enjoyed my little assignment that I gave you last week where I asked you to spot what a guy did wrong on his date.

I wanted to go into great detail about what he did wrong by discussing in detail how to say things the RIGHT way to women.

One of the biggest differences between men and women is how quickly our attraction to someone can change.

As guys, if you see a hot girl then it’s pretty much set in stone that you want her.

She could tell you she’s got a dozen bodies in her basement, but as long as she’s showing enough cleavage you’d nod and say, “how interesting, tell me more”.

For us women, it doesn’t quite work like that!

The way we feel about you can change in an instant, and truth be told, often does.
This can be both good and bad for you.

It means even if things have got off to a rough start, it’s not too late to turn it around.
But it also means even when you can see the finish line in sight, you’re only one dumb comment away from tripping over and being out of the race.

Everything a woman says to you is an opportunity…

For you to either blow it, or move a step closer towards her blowing you 😉

Most guys are not taking advantage of the opportunities they have to make an impact when they respond to us.

So I've posted some examples on my blog of 3 things we’ll often say to a man, as well as some example responses with my comments attached.

1. I’m not dating right now because I just got out of a serious relationship.

Bad: Well that’s great, I wish you had told me before so I wouldn’t have wasted my time like this. God, that is so typical of girls to do something like this.

M: Um, overreacting much? You’ve just let her know she’s saved a lot of wasted time and energy on you. It’s clear you’re holding a lot of bitterness towards women, and with this attitude it’s clear why they’re staying away.

A Good Response (sincere): “I understand, I’ve been there before myself. I can’t say I’m not a bit disappointed, as I really enjoy your company. When you feel ready, it’d be great to spend some time together and have fun. No pressure or expectations.”

M: This lets her know you hear what she’s saying and respect her feelings. You’re not begging her to change her mind, but you’re not backing right off either. This is a mature and confident way to make it clear you’re interested, without being needy.

A Good Response (funny): “Thank God, I was worried you were going to turn out to be a stage five clinger and I’d have to find a way to let you down gently. I like hanging out with you but I’m not ready for us to start sharing a toothbrush yet.”

M: This response lightly teases her while pointing out she may have been getting ahead of herself slightly. You’re letting her know you’re not looking for anything serious and by laughing about it together it helps avoid any awkwardness.

2. I don’t date guys who are shorter than me.

Bad: “Well you’re not that hot yourself. Maybe that’s why you’re single cos you are so superficial and don’t give nice guys like me a chance.”

M: Lashing out like this simply shows your own insecurity. You’re communicating that you feel hurt by what she said and are attempting to hurt her in return. NOT the sign of an emotionally stable man.

Good (sincere): “I hear you. I used to feel the same about women who were older than me, until I dated an amazing woman who totally changed my perspective on that.

Sometimes it’s great to challenge your beliefs and open yourself up to new experiences.”

M: Rather than just telling her she’s wrong, you’re relating your own experience and inviting her to see things from a different point of view. Women are generally open to having their beliefs challenged if you do it in a respectful and classy way.

Good (funny): “What a coincidence, neither do I. Now that’s out of the way…” and continue on with the conversation.

M: Using humor in this way shows you’re not reacting to what she said and it’s barely worth acknowledging. You’re deflecting the issue with a quick laugh and then steering the conversation back in a more positive direction. If a woman thinks you handle all potential conflict this smoothly, she’ll be impressed.

3. I hope you know that we won’t be having sex tonight.

Bad: But I bought you all those drinks and spent half the night talking to you! Why would you lead me on and waste my time like this?

M: We hate it when guys think we owe them something. Just paying for some drinks (which YOU offered), does NOT entitle you to our bodies. If we feel like everything you’re doing is a con just to try and get us into bed, it’s an instant turn-off.

Good (sincere): “I’m the type of man that really likes to live in the moment. And in this moment I’m really enjoying talking to you, without worrying about what may or may not happen between us at some point in the future.”

M: You don’t want to get into a debate or logical discussion about when you are going to have sex. You also don’t want to apologize for being a sexual man and pretend you’re not interested in her.

This response here doesn’t involve you taking a backward step or denying your sexual interest, but you’re not focusing on it either. You’re showing you value her as a person and enjoying the interaction for its own sake, not just because of what you’re hoping to get out of it.

Good (funny): “That’s great, one less thing I’ll have to bring up in confession on Sunday. So, you were telling me before about…”

M: This is another example of using humor to deflect her objection and not make a big deal about it. Whereas most guys get upset when she says you won’t be having sex, you’re not even batting an eyelid AND you’re making her laugh as well.

Keep talking like she never even said it and pretty soon having sex that night will be the only thing she can think about.

The takeaway lesson here is you don’t want to be emotionally reacting to anything we throw at you.

We want a man with strong character who can stand up to us and hold his ground, not a temperamental little boy who gets upset when things don’t go his way!!

So as long as you’re remaining cool, calm and confident, you can use either the sincere or funny approach and our attraction for you will go up.

If you identified with any of the bad examples, or if you simply didn’t know how you’d respond in those scenarios, let me help you out.

I want to teach you how to talk to women in a way that projects true masculine confidence. To know what to say in any situation so we get more attracted to you with each passing moment.

I’ve helped thousands of men just like you, and now it’s your turn. Let me show you how to become the man women want.