Attract Women By Avoiding Focusing On These Superficial Things

If you really want to attract women don't fall for these misnomers that guys think that women want. You'll end up going down a rabbit hole that will land you sexless and single.

Let's talk about the 4 things and what actually attracts women instead. 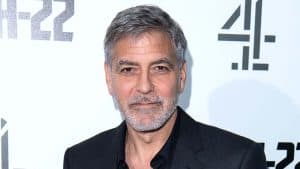 Most guys strongly believe in order to attract a beautiful woman. You need to be super good-looking. They think you need to be like Brad Pitt or George Clooney or David Beckham. Men think they must have an insanely handsome face, a fantastic body with big muscles and six-pack abs, and only then will women like them.

So quite naturally, they get very insecure about their appearance and even curse their luck for not looking like a male model.

The problem is insecurity and obsession. Overlooks are nothing but a huge waste of time because what they believe couldn't be further from the truth. In reality, women hardly ever choose guys to date based on their looks.

Yes, some women out there are exceptions. Some women do only go for guys who look like male models, but they're in the absolute minority. Maybe like four or five out of a hundred women choose men that way for the rest of us, it looks hardly matter.

Many girls will pay attention to and even appreciate guys who are good-looking. I mean, I've done it myself, but understand this…

We look at good-looking guys. Like you look at a pretty picture in an art gallery, just because we notice and compliment. It doesn't mean we want to take it home, which means you've got to do a lot more to actually attract women than just be good-looking.

So what do you have to do? Well, you've actively got a spark of sexual chemistry and build rapport and connection and make us feel comfortable with you.

And none of that. And I mean, absolutely none of that can be accomplished merely with having a handsome face and a muscular body.

Height does not attract women

So women only like guys who are six, two or more right wrong height is yet another thing most men obsess over and get insecure about. They think if you're not tall, you've got no chance at all.

And it's as simple as that. But yet again, the real truth doesn't match their belief because in reality, women don't care much about your height. Now do some women prefer a taller man? Yes. Does that mean that short guys have no options and no chances at all? Absolutely not. Because the fact of the matter is when you're five, six, or six-two, if you can create sexual chemistry and a sense of comfort and connection. When you talk with a woman, we can't help but feel attracted to you at that time. We'll set aside all of our preferences and be eager to take things to the next level with you.

I worry that no matter what I say about this, you're not going to believe it. After all, most men feel so strongly about this.

They are convinced beyond a shadow of a doubt that women like rich guys, and it reflects in the comment section of so many of my videos.

So many guys will comment saying things like no money, no honey, or step one of attracting women be rich or something else like that. Most men feel highly certain that if you've got a six or seven-figure income only then gorgeous women will lust for you and crave to be with you. But as hard as this might be to accept, that's not the case.

In fact, I have many clients that are super-rich guys who STILL have trouble with women. You don't need to have a million dollars in the bank account to get beautiful women interested in you. All you need is a stable source of income and a responsible attitude towards money.

Seeing that a man has a stable source of income and is responsible for his money assures our primal brain that if we were to have a serious relationship with him and potentially have children with him, he'll have the means to support us. If needed.

In other words, we'll be safe.

There are exceptions, of course. Are there women who will only date guys who are filthy rich? Yes, absolutely. And here's all you need to know about them. They are few in numbers. They are called gold diggers. I'm sure you've heard the term before and you should stay away from them at all costs. 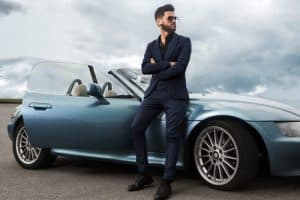 When I say status symbols, fancy cars, but houses, branded clothing thousand dollar watches. Most men think that these luxury items are incredibly attractive to women. They think if they drive a Ferrari at a beach house where our money blazers, Lucci shoes with Rolex on their wrist, girls will automatically start chasing them. And they believe this because years and years of incredibly clever advertising have convinced them of this fact.

It's a huge misconception because the real fact is these things only impress two groups of people, your male friends, and your colleagues, and the gold diggers.

Maybe sometimes we'll compliment you on these things if you have them, but that's only to be polite. If you, if you, for, even for the second thing that these ultra-expensive luxury items will get you attraction and love. You're highly mistaken.

Creating attraction comes down to one thing. And one thing only, and that's your ability to talk to women and spark sexual attraction.

If you can talk to her and create chemistry, she's yours, no matter what, she could be a super hot model who hangs out with celebrities and still doesn't matter. As long as you can ignite that chemistry, she is bound to like you.

I recently shot this video where I reveal a simple, but ridiculously powerful formula to create sexual chemistry with women.

The moment you apply this formula on a girl, you will see her start laughing at your jokes, touching your arm, giving you seductive, looks, biting her lips, and craving to take things to the next level with you.

No matter how beautiful sought after or picky the girl is, she will be forced to swoon over you.

Once you apply this formula.

And even though that sounds like a big exaggerated claim, this formula has actually proven to work. Thousands of times, you see, we have this formula tested on over 5,000 women over the last 10 years to make sure it's absolutely bulletproof.

Not only that, but after I decided to start teaching this formula over 20,000 of my students have already used it to get dates with their dream women, women, they consider to be out of their league.

All you have to do is click the link.

And you can find out all you need to know about this formula, which sparks instant sexual chemistry with women. Trust me. If you're a single guy who has struggled to attract women in the past, this formula will change your life forever.

Your very own wing girl.