How To Make “Nice Guy Syndrome” Sexy To Women

They are. So let's talk about how to use your niceness to not only attract women to you but use it to drive them wild.

I have this habit of watching really cheesy shows right before going to bed.  They help me calm my mind and give me good dreams.

So the other night I was watching this show called Awkward. A totally cheesy show about teens in high school and I instantly thought about you.

If you’re reading this, then most likely you have been called NICE by women way too often.

And in your opinion, that was a cruel insult. A kiss of death for any and all attraction.

And I’m to change this for you with what I’m about to share. 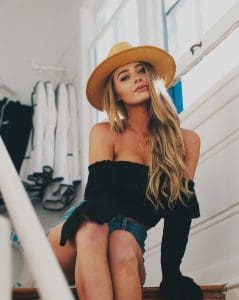 Does “nice guy syndrome” have to be a death sentence?

In my cheesy bedtime show, one of the lead characters JAKE was having a tough time because even though he could get girls to like him he had a reputation for being soooooo nice.

In fact, when all the girls in school were giving out labels and nicknames to the guys in their grade, Jake was given names like Mr. Nice Guy and cute little puppy dog and ohsosweetjackiepie.

While others guys were given names like Mr. McHottie or #hititandquitit

And he hated it.  He wanted to be seen as the bad boy, not the cutsie good guy that woman kept labeling as nice.

And I’m sure you’ve felt the exact same way.

When being NICE is a strength

Jake was not weak or soft or had low self-worth.

He was nice.  He was kind to women.  Had respect for others and the world around him.  Had integrity.

All VERY sexy things with one caveat.

He had to own the niceness.

And that’s exactly what an older woman that he’d been sleeping with told him.

She said “You’re not douchey enough to be Mr. hit and quit it. Which is a good thing. Because when you learn to be comfortable enough with who you are it won’t matter what bad boy routines you try or rough and tough outfits you wear.  You won’t need them. You’ll be something better”.

And I loved this advice.

Cut to 2 scenes later and Jake is walking with a whole new swagger and a whole new mindset.

The mindset of I may be nice, but I know how to rock your world in bed.

Which gave him a swagger.

In this sense, the teens are sitting around talking about bullying and things that they hate and jake says in the most confident way with his arms behind his head and a smirk on his face

“I don’t hate anything.

I guess I’m just a nice guy that way” and two cute girls look over at him and he smiles and he winks at them. 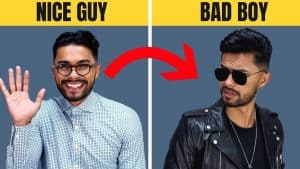 Watching this scene, I instantly thought of you and this myth you keep telling yourself about being too nice and how it’s not attractive to women.

NICE is sexy. Being NICE is attractive.

NICE is something all women want a man to be.

As long he owns his niceness and isn’t just being nice to avoid or cover up being something else. That's when it's actually nice guy syndrome instead of being genuinely nice or kind.

So if you’re nice own it. Love it and flaunt it.

Guys who understand this difference between nice and meek are the ones that will succeed with women.

The ones that will have women chasing them, pining for them, and wishing to be selected by them.

Sadly because of what TV shows and movies show us, not enough men understand the power of being nice especially when it comes to women. 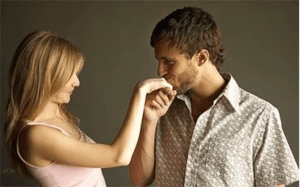 The key to the “nice guy” balance

Learning how to own your niceness is just the first step.

If you’re not balancing your niceness with a good healthy hit of sexual intent, like Jake displayed with his wink and body language, then you’re niceness will land you in the friend zone.

When you combine being nice with being flirty, you can quickly become a man that hits every one of her desire buttons and you will be unstoppable with women.

Ready to unlock this kind of power within yourself? Then I suggest this.

Go take a look at my top-rated program, The F Formula by going to https://www.winggirlmethod.com/flirteffortlessly

It’s a program that shows you how to flirt with women and tap deeper into our emotions.

It triggers a gut reaction that fires up our emotions…

Unlike the typical conversations, we have with most men, which fall flat.

To learn more on how to quickly and easily ignite feelings of emotional connection in any woman you speak to through flirting, simply click the link for all the details or go to https://www.winggirlmethod.com/flirteffortlessly