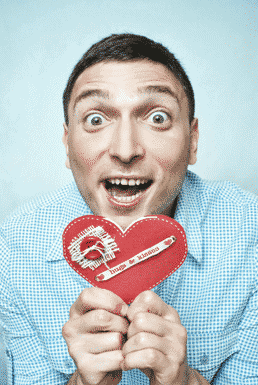 Stop being NICE to women.

Seriously. Stop being NICE to women…

At least if your definition of being “nice” means being complacent, agreeing with whatever she says, NOT speaking your mind to avoid ruffling feathers and potentially losing attraction.

If that is your definition of what being NICE to a woman means, then STOP RIGHT NOW!! Because acting this way will NEVER make a woman like you.

It definitely will not make her want to sleep with you.

Behavior like this is an automatic turn off to women. What this behavior will do is put it in a woman's mind that she has you and can get you to do anything for her. And that's not her fault because it's kind of the truth.  You WOULD do anything for her.

See, I've been a Wing Girl for over a decade now and I see this type of “nice” behavior all the time. I see it with my clients and I see it with men that I know want to date me or sleep with me.

But here is the deal.

Acting this way with women is actually a symptom of a greater condition.  A condition I call the PLEASING condition.

LOTS of men have this condition, so if you think you have it, you are not alone.

Here's an example of a man with the pleasing condition. If this at all reminds you of YOU then you need to change things ASAP.

Mr. P has set up a coffee hang out with a woman who we'll call Sally.  Mr. P gets to the coffee shop on time and is ready to hang out with Sally. 10 minutes go by and he hears nothing from Sally. So he texts Sally and she replies “OMG I'm so sorry. I totally forgot we were supposed to meet up. I had a thing come up. Can we reschedule?” So Mr. P says “No worries Sally. Things like this happen.  Are you free next week, same time?”

This is Mr. P's pleasing condition acting up where he thinks that if he gets mad or makes a big deal out of it, he'll lose Sally completely.

So instead he takes it on the chin with a smile and thinks that next time will be different. He thinks that because he was so understanding that Sally will like him more. But sadly, Sally will not like him more for this behavior. She'll actually like him less. This tells Sally that she can waste Mr. P's time whenever she wants and he is not someone that she needs to respect.

This is not the way that I want women to treat you. AND hopefully, you do not want that either.

If you have ever done something similar to what Mr. P did, then you, my friend, have the pleasing condition.

A man they want to date, sleep with, chase after…

Go here to find out how