Dating Younger Women Doesn't Have To Be Hard If You Follow These Tips!

Here's why women keep picking jerks, douchebags, and a**holes over you and what you can do to stop it and reverse it.

Where things suddenly click into place, and you finally understand something that’s been eluding you?

That’s exactly what happened to one of my students, Mark, recently.

You see, Mark is in his mid-50’s and has been divorced for a few years now.

And like a lot of guys around that age, he’s mostly interested in dating younger women… which is totally normal AND acceptable BTW 😉

So even though Mark had been watching my YouTube videos and reading my newsletters, he wasn’t really getting the results he was hoping for.

That’s why he decided to sign up for some coaching with me. 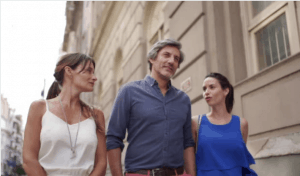 Me: So tell me what you’re doing to attract women?

Mark: What do you mean?

Me: Like are you playfully teasing them, being a challenge, and flirting and having fun?

Mark: Oh no, I don’t really do any of that stuff. I figured that’s only for younger guys. I try to act more like a gentleman and be the mature older man.

And that’s a mistake a lot of men make.

For some reason, they get it in their heads that what I’m teaching doesn’t apply to them…

Even though I’ve never given them any reason to think that.

In fact, as I went on to tell Mark, playful teasing and flirting can work EVEN BETTER for older guys… simply because it’s not as expected.

#1 turn off for women

Women in their 20’s and 30’s are used to older guys being more serious and trying to impress them with money, their job title, car, and other superficial stuff.

And that’s a turn-off for most women, no matter how old the guy is.

It can trigger huge feelings of attraction, curiosity, and intrigue.

When I explained this to Mark, it was that lightbulb above the head moment I touched on earlier.

I could practically hear the wheels turning in his mind as he finally grasped this concept, after thinking it didn’t apply to him for so long.

And you know what?

Ever since he’s been made a committed effort to start playfully flirting with women, his results have dramatically improved.

Focus on having fun with women by following these simple principles

He’s now focusing on having FUN with women, and in turn, they’re having more fun being around him.

And even the younger women who were giving him the cold shoulder before are now responding positively.

Then knowing how to flirt, tease, and create an emotional response in women is the solution.

No matter what your age is…

Or whatever self-limiting belief as to why you think this won’t work for you… Even for older men dating younger women!

I’ve seen this work time and time again for every type of man you could think of.

That’s because a guy who can playfully flirt is universally attractive to women.

It crosses barriers of age, race, religion, looks etc., and taps into our hardwired biology of what we’re attracted to in a man.

So if you don’t have THIS critical skill… you’re sabotaging your results with every woman you meet.

Go get this handled now, and your life with women will never be the same.