Women do like to get approached by men but most men move to fast to get the phone number. Men should not use pick up lines, they need to build up the conversation, and then ask for a date. This will help them land the date and the woman.

I always love getting a woman's perspective on dating. Why? Because:

1. It's a perspective that's not usually heard. It's the reason why I built my whole brand.

Nobody ever hears the OTHER side of the story.

2. There's very few things that are BETTER at teaching about dating than… hearing what a woman has to say about what she LIKES and DOESN'T like.

I recently asked one of my girlfriend's if she could give me HER side on what it's like getting approached as a woman.

She's a beautiful 20-something that's CONSTANTLY getting approached.

Marni… That's not what I'm going for. BUT… Her insights are universal and work with anyone. So, you should pay attentions methinks 😉

Here's what she had to say:

“Marni, I hate when a guy rushes into things when he first meets me. They'll usually start up a conversation the same way, ‘Hey, I think you're pretty, can I get your number?' Don't get me wrong, it's flattering that a man finds me attractive but… I have nothing to go off of. I know nothing about him and he hasn't made an effort to get to know me. So I'll usually brush him off because… Why would I do anything else?”

This is such a powerful statement. Just had to end her monologue to add that, NOTICE what she's said.

So good. Let's keep it going. “The whole thing makes me uncomfortable.

I'd rather meet you first… Conversate…

Get a sense of who you are and your charisma…

And THEN be asked out on a date (or give you my number).” Oh my GOSH.

I'm so glad I got her take on this because…She was able to simplify a topic that most men are TERRIFIED of.

To sum up what she said:

1. Don't open up with a generic one-liner

3. Be genuine and CONVERSATE (Like I teach in my program)

Simple right?! A lot of this depends on you're ability to FLIRT and ESCALATE through conversation. Once you're able to do that…

That's why I have a whole program on how to do that called the F-Formula: 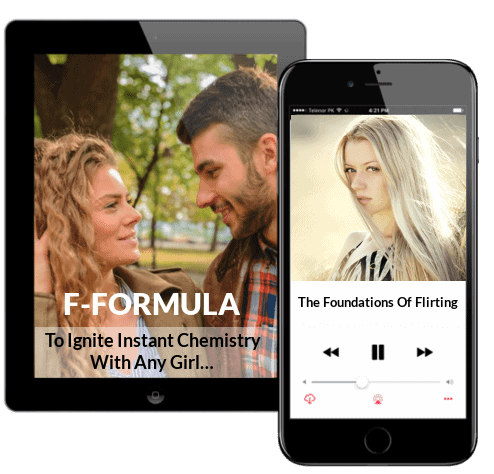 Check it out, it's just a few bucks but it's worth its weight in GOLD.

I'm always rooting for you.