There's one thing you can do when talking to women that will have them go weak in the knees and fall in love with you.

I used to run live training attraction boot camps.  Men from all over the world would attend these boot camps and in 3 short days I would help them transform from Mr. Nice Guy to Mr. OMG I want him.

On one of my first boot camps, I had this client who from the outside in seemed perfect.  Cute. Witty. In shape. Successful.  Basically had his act together so one would think women would be falling at his feet.

I have to admit when I first met him, I was baffled as to why women weren’t flocking to him.  And then I got to talk to him and realized what was going on.

On the 2nd day this client asked if he could join me for breakfast which I of course said yes to.

So he sat down beside me and he started asking me questions about women. 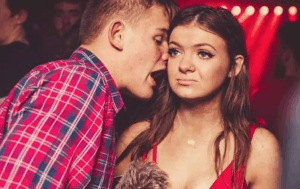 Here's what not to do

He would ask me a question and being the Wing Girl that I am, I would pour my heart into my responses to him and when I was done, he’d look at me, nod his head and then ask the next question.

I didn't get a “thank you”, or a “great answer Marni” or even “I don’t really agree with that but…..”. He said NOTHING.  Just a nod and onto the next. Each time this happened, I would become more and more deflated and to be honest a little pissed off.

Was I giving bad answers? Did he not like the responses? Was my breath, bad?

So my answers would get shorter and colder and less filled with the attention they deserved.

Now I know you are going to be thinking “Marni’s just like all other women who want their egos pumped with endless compliments.”

Look, I don't mind a little ego stroke here and there, but this wasn't about that.

It was about the way that he engaged with me that led to me distancing myself from him after each question he asked. Something you do not want a woman doing to you.

Because when women do this it makes it tougher and tougher to win back that initial position you may have gained from a good approach.

After his 3rd question I looked at him said “do you find that women are typically really into you but then after you start talking to them, they seem to lose interest?”

He said “YES, that’s exactly what happens.  I start with some banter and then when we get into a conversation or go on a date, that attraction fades fast.  It’s honestly like I have her super hot and then she goes cold and says she didn’t feel a spark.”

I smiled and said, “I think I know why”.

I explained to him what I had experienced in our first few minutes of chatting at breakfast and his face went pale as he sat back in his chair and said “OMG this must be what I’m doing to other women. I’ve been told so many times I don’t listen but I am Marni, I really am. Help me fix this.”

And that was the response I needed.

In one quick lesson, we fixed this issue with something I like to call: LCA 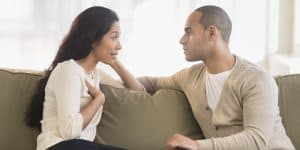 LCA is a simple tool that helps you easily connect to the women you’re talking to.  A tool that I’ve now realized so many men need in their toolbelt.

The good news is that this tool works no matter where you are in your connection. You can use this on women you just met, as well as, the woman you have been with for years!

So here is how to do LCA, a method of active listening that instantly connects you to women and has them wanting to be closer to you.

Next time you are in a conversation with a woman and she tells you something of significance even minor significance, I want you to do the following.

That means open up your ears and actively listen to the words coming out of her mouth.

Turn your head to her. Make eye contact.  Whatever you need to do so that her words get listened to.

Confirm that you heard her when talking to women

Confirm that you’ve heard what she said.  You can do this verbally or with your body language.  Things like a head nod.

You could also show an expression on your face that shows what she said registers with you.

Or you could say interesting.  Or even repeat back what she’s saying with something like “What I hear you saying is…”

I know this may seem juvenile or ridiculous but you have no idea how many MEN do not do this, are not aware of it, and instantly turning off and pissing off the women in their life.

Men not listening is the #1 complaint I get from women.

And these aren’t just women who are in a relationship.

These complaints come from women who are going on 1st dates.

Women who are attracted, excited and eager to share themselves with a guy, hoping he’s the ONE for the unforseeable future OR the ONE that will be in her later that evening.

Both of these options quickly start to fade when a woman starts to think the man she’s talking to is not hearing anything she’s saying.

Leaving her feeling disconnected and deflated.

How can a woman connect to you, whether it’s sexually or emotionally if it feels to her as if you aren’t even there?

Which leads me to #3 appreciation. The most important part of LCA. 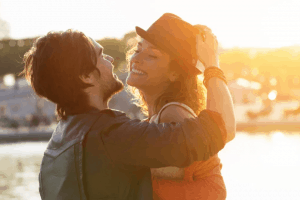 Appreciate as you're talking to women

I stated that my energy levels instantly dropped when what I gave to this man was not taken in and heard.

Not liked, but heard.

I was deflated and left feeling alone, even though we were clearly in a two person conversation.

And what you are expressing to this woman with your appreciation is that because of what she’s told you, shared with you, expressed….

There is now something in her you didn’t see before that you like.

She’s NOW interesting to you.  And that feeling alone can be intoxicating to a woman.

Again, you don’t want to appreciate her constantly, especially if she’s just telling you about her cat. But at some point in the conversation, you want to have a moment where you look at her and give a bold appreciation.

For example “I think it’s really wonderful that you care so much for your cat.  Says a lot about you.”

In that one simple appreciation, you express that you are now seeing her below the exterior.  You see her heart, her mind, and the real deal her.

This is what women go gaga over, especially if she is already attracted to you.

A man that sees them below the surface and gets something about them that other men don’t.

Guys who understand this about women are incredibly rare…

LCA is just the start to get her hooked. Now you have to reel her in.

If you’re interested in having the power to quickly create this kind of emotional connection when talking to women that is sexual in nature, here’s what I suggest…

Go take a look at my top-rated program, The F Formula by clicking the link below in the description box or going to https://www.winggirlmethod.com/flirteffortlessly

You’ll also see exactly how to communicate with us in a way that builds the kind of sexual tension we fantasize about every day.

Fair warning though: once your guy friends see the way women respond to you once you discover this, they may not let you anywhere near their girlfriends or wives!

For more tips on how to quickly and easily ignite feelings of emotional connection in any woman you speak to, simply click the link below for all the details or go to https://www.winggirlmethod.com/flirteffortlessly