You’re going to love this. There’s ONE TECHNIQUE that works better than anything else on the planet when it comes to turning a woman on, and you’ll be SHOCKED to learn what it is and how simple it is to use. THIS will change your life.

So I got an interesting question from a reader I want to cover here today.

“Marni, I want to learn how to tell risque stories to women and use statements and questions to build up sexual tension without being to obvious in a very overt way.”

Now this is a great question. He clearly knows that it’s possible to arouse women simply through your words… But that being too overt can backfire and come off as creepy. So let’s take a look at some practical ways you can do this effectively.

And the first thing he mentions is risque stories. (I’m going to assume he’s talking about stories that involve sex.)

While these can work great, you need to use them at the right time. And that’s once a woman is already comfortable with you and ideally there’s been some flirting already.

And to avoid being too overt, you simply need to be more subtle with these stories.

The more distance there is between you and the woman and the subject you’re discussing, the safer it generally is to talk about.

Another technique you can combine with this is to get her approval to tell the story.

For example, you might say something like, “So my friend Amanda told me this crazy story, and… actually, it’s pretty racy, I don’t know if this is something you’d want to hear.”

More often than not she’ll say she does want to hear it. At that point, she’s explicitly given you permission to tell your risque story. And if she says she doesn’t want to hear it, then you just switch gears and change the topic to something lighter.

Now, when it comes to questions and statements, the same thing applies. The more you can come at it from a different angle rather than head on, the less risky it’ll be.

So let’s say you asked a woman how many one night stands she’s had. In most cases, that’s not going to go down well.

But maybe instead you tell her about an article you were just reading online. It claims that the average woman has had a dozen one night stands by the age of 25, and you ask for her take on the matter.

Because you’re not asking her directly how many ONS she has had, there’s less pressure on her.

When you bring up the subject in a more subtle way like this, it can easily lead to you both sharing how many one night stands you’ve had anyway. But it feels more organic and natural this way instead of you just asking the question outright.

Also, please note that these techniques are just for broaching sexual topics in the beginning.

If a woman responds well to these and is clearly comfortable talking about sex, you don’t need to be so under the radar. You want to gauge her comfort level to see how overt or subtle you should be.

If she tells you a story about a wild sexual experience she had, then feel free to do the same. But if you go first with that kind of story before she’s shown she’s comfortable with that, it could be a real turn off for her. 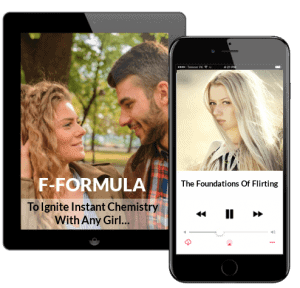 That’s why it’s better to start subtle and then you can gradually ramp it up if she’s receptive to it.

So go try that out and let me know how it works for you.

Oh, and if you’re less than 100% confident with your flirting skills, then you need to get that down first. Go here to get it taken care of right now.