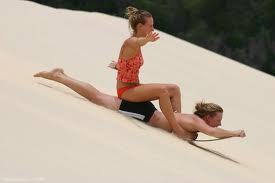 Found this great blog written by Michael Sheppard on Askmen. Thought it may resonate with you and give you ideas on how to make dating fun again. Because if you are NOT having fun while you are dating, you should NOT be dating 😉

I'm 37 and single. I'm happy. I really am. Ok…maybe I could be happier. As they say, the grass is always greener. That must be why I feel something like envy when I am surrounded by my ‘relationship' friends. It doesn't help that more and more activities are starting to be planned as couple-friendly and that I am always sharing a room with my best friend when we travel. I love the guy, but waking up to his mug on every vacation is wearing thin. Men in their late thirties should be sharing a bed with their romantic partner, not booking two doubles in a hotel room and arguing over who gets the last clean towel. How did I get here? I have been a few relationships and I think of myself as a pretty good catch. I am ready to give it a real shot. But, that means one thing for certain. I have to go on dates. And dating sucks. But, the more I think on it, the more I realize it hasn't always sucked. Why would I rather stay home and watch Mad Men lately then take a girl to dinner? Isn't this supposed to be fun?

When you're young, going on dates for the first time is pretty awesome. You feel like you are growing up and starting to understand what being a man means through a woman's eyes that aren't your mother's. Whether your parents drop you off and pick you up, or you take the bus to meet a girl at the movies, those first dates are pretty magical. Not only are you experiencing some firsts in your life, the mere prospect that someone of the opposite sex wants to spend time with you is enough to keep you up the night before. It is exhilarating and terrifying, but there is also an indescribable romanticism that we are not even aware of at the time. I remember that…dates without the weight of anything else other than the connection at its purest. I still maintain my best relationships were in my teens. No agendas…just connecting over the mutual discovery. But that doesn't last long.

Heading into my twenties, things began to shift a little. Some of the guys were sticking out relationships through college that were lasting years. While some of us were still trying to figure out who we were or what we wanted to do with our lives, there were a select few that were already mapping it out. They had the life plan and they had the woman to go with the plan. Some of us would be lingering at the bar until 3:30 to try to latch onto the nearest target, and they would be heading home early. But still, it looked comforting…and I get it now.

So I was out there ‘dating'. Only this was no longer dating as I had come to know it. It was socializing. And socializing would lead to falling into sex. If you ended up at the same bars or parties the next weekend, you may sleep together again. A few of these weekends in a row and you would begin to ask yourself if this was someone you wanted to see again. But real dates were rare. It became more about networking and making sure you were meeting the right people and keeping up with the trends. Don't get me wrong. I had fun. But the shift had begun. Connecting with women started to require a little more than just being interested and asking. You had to have something to say…and if you wanted to find a woman worth her salt, you had to have direction. Suddenly, the score card had new categories.

The new score card made for a whole new game that still carries into our thirties. But the parties start to slow. And pretty soon, your job can become your social life if you haven't built some long standing friendships. Either you're being fixed up or you met someone at a function…either way, the next step is an official date.

But this is the not the date we grew so fond of in our younger years. The audition process has begun. Whereas in youth, our address was relevant to the girl because she had to take the bus there, now our address says a little something about our status, tastes or future. In our teens, the location of the date was an excuse to be anywhere but home, and now it may be the deal breaker if you take her somewhere with menus as place-mats. Romance is great, but where is this going? She was cool, but would she like my family? Should I pay or will that be too aggressive? It is hard not to see that the youthful innocence is faded and has given way to a more calculating exercise…

But lately I have begun to wonder…Maybe this is my very problem…Maybe it is time to stop thinking so much. Maybe it is time to just be happy to be going out and not worry about what happens next. What if the same things that excited me about dates in my teens can still work now? Sometimes just enjoying the discovery of each other without thinking down the line is as simple as deciding that's what you are going to do. Of course our lives have changed and dating will change with that…but that does not mean we can't let the sixteen year old in us enjoy the beginning stages before the adult in us starts asking too many questions. Lately it feels like all the advice we get on dating is strategic and calculating. There are tons of books telling us how to handle all the little steps to make sure we don't blow it. All this information is getting in the way of being able to just enjoy the company of the person we are with. I think it's time we stopped approaching dates like interviews and walk into them like that earnest teen we used to be.I know I make it sound easy, and it really isn't, but nobody said this would be easy. But maybe it can, at least, be fun. Like it used to be. Save the questions for later. Although you still may be asking yourself about how to undo that bra…

And this is why I like this article BECAUSE in the end, rules are removed and it's back to having fun! 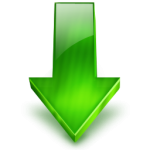 I Want To Know What You Think!

Tell me a few ways you can make dating fun again!

Write a comment or a question below and tell me if you think this article was helpful.