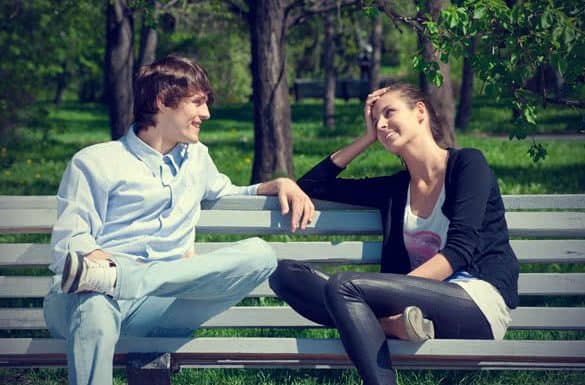 A man was arrested for hitting on a girl on an airplane. He totally misread her signals and sexualized the whole conversation. Let me tell you exactly what he did wrong, so you NEVER make this mistake and get accused of being a big time CREEP…

So I came across a gross story the other day, and wanted to share it with you… Because it perfectly illustrates the reality many women deal with on a daily basis, starting at a young age.

A teenage girl was on a flight by herself. A guy about 40 years old was seated next to her. He struck up a conversation with her, which a female journalist in the row in front of them overheard. She sensed something wasn’t right, and began tweeting about what was happening. Apparently the teen girl was friendly, which the guy mistook for interest. So he started teasing her and asking her out, which the girl ignored.

At this point she’s probably scared and doesn’t know what to do. Instead of realizing he’s making her uncomfortable, what does this creep do? He asks her to show him a dirty photo of herself. Like WTF dude, seriously?! In what universe does that seem even remotely appropriate?Anyway, the journalist stepped in to help the teen and got the flight attendants involved. It became a big scene where they threatened to land the plane if he didn’t move, and the police were waiting for him on arrival.

Now, you might think this type of situation isn’t very common. But the same journalist from this story revealed she had a similar thing happen when flying alone as a teen. Not once, but twice. Sadly, this type of unwanted attention is something we have to deal with. Starting when we’re just young girls. So we quickly learn that if we’re friendly to a guy, he’ll usually mistake it as something more. And then it turns creepy.

The reason I’m telling you all this is so you can understand what it’s like from our point of view when you approach and talk to us.

Imagine we’ve had a decade or two of those kinds of creepy experiences already.

We know there’s a good chance that when a guy approaches us it’s because he wants to sleep with us. So it’s only natural for us to have our guard up somewhat. If you want to get past that — and have a real conversation with us — it usually takes more than just saying hello and expecting we’ll be grateful for the chance to talk to you. It takes more than a random pickup line that sounds like the kind of thing you’d say to every woman. The first step in getting us to go out with you, is knowing how to stand out and get our attention…

And from there, you need to know how to read our signals so you can respond appropriately. (Hint: asking for dirty photos, or trying to sexualize the conversation in any way, is the last thing you should be doing when she’s ignoring your suggestions for a date.)

Listen, I understand that it can feel personal when you approach a woman and she either ignores you… or responds with indifference. But most of the time it’s because you’re doing the same things as the countless other guys she’s rejected in the past. You’re triggering her unconscious to lump you in with them and treat you accordingly. That’s why you need to understand what we really want in a man and know how to communicate it right from the start.

This issue prevents most men from consistently getting great results with the women they want… And it’s what drove me to create the solution, How To Become A Man Women Want.

Because when you get this down, everything else is smooth sailing.

Instead of seeing you the same as all the other men we’ve rejected, we immediately know that you’re different… and that’s when we respond with warmth and enthusiasm to your approach… As well as make it easy for you to start flirting with us and escalate things to a more intimate level. 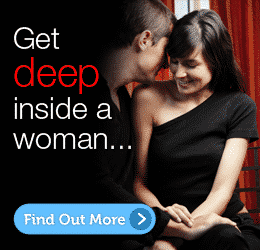 Are you ready to become this type of man and transform your life with women forever?

If you’re up to the challenge, then click here for all the details on How To Become A Man Women Want.