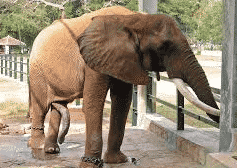 Hey, you may think this topic is crude or unladylike… BUT it's a needed conversation because more and more women are asking for them and I want you to be armed and ready.

If it's too risque for you then DO NOT READ on!!!

But if you want to be able to send a good dick pic when a woman asks you for it, then read on…

Here is my newest blog from my awesome Wing Girl, Alex:

“Oh, the dick pic!”
It is a phenomenon that began as soon as cell phones got cameras.

Historically, men have been the initiators when it comes to sending dick pics to women. They take a picture of their private parts and send it off to women with a sexy saying, a joke, or with nothing at all—just a picture to speak full volumes of said dick. I once had a guy send a picture of his dick with a Febreeze spray can held up next to it, to show the similarity in size and thickness. He definitely didn’t need to caption that picture. However, it seems that the tides may be changing and now women, yes, women, are requesting dick pics from men.

Have I requested a dick pic from a guy? Yes. But I was dating the guy at the time and had been dating him for a while.

Have I heard of women requesting dick pics from guys? Absolutely and apparently it's a huge phenomenon right now…. Which means if you're going to send one, you better know how to send a good one!!

Having said all of that, beyond the single girls you just met or just started chatting with, women who you are dating might have a different reason for requesting the dick pick.

When I was dating my ex, I began to notice that he liked requesting nude pictures of me or pictures of different parts of my body.

Eventually, I began asking him to send pictures of his dick, however, it may not be for the reason you may think.

For me, a picture of a guy’s private parts doesn’t do a lot for me in terms of “turning me on.” I’m more of a “home-movie” type of girl. Having said that, I realized the importance of asking the guy that I liked and loved for a picture of his dick. It made him more confident.

I could tell that every time I asked for a picture of it, he would puff up just a little bit more and felt really confident in his sexiness. I know that he was insecure about certain parts of his physicality, but it seemed like complimenting his dick with a request for a picture of it made him feel sexier and less insecure about his other body parts. So I continued asking for them, for him and for us.

Now maybe you know that you’re insecure about that part of your body. It’s a legitimate insecurity. Maybe you’re shy or scared to send a pic. What if she doesn’t like it? Don’t worry, because girls aren’t as worried about what your dick looks like so much as what it can do.

Just like women are insecure about our boobs… you don’t care that they are small or big, you just want to hold them! Same with dicks. So breathe, remind yourself that you are two mature adults, and feel confident (or pretend to until you actually feel confident) and then send the pic.

Eventually, I noticed that in some ways asking for dick pics from my ex made certain parts of our relationship better too. He was more confident so sex got better. (Another reason you shouldn’t feel shy to send the pic). It also brought thrill and excitement to a long-term relationship. (Reason number 3). And since we didn’t live in the same city all the time, it allowed us to see those parts that we yearned for.

Now, it may be disappointing to hear that I didn’t “get off” on his dick pics like my ex may have gotten off on nude pictures of me, but I think there is something more important to focus on here.

If a girl asks for a dick pic from you, whether she be a girl you are dating, then understand that she might really like you. Her reasons may not be the same as my reasons, but a woman won’t ask for something like that if she doesn’t care about you in some way. That “care” may be in the terms of love or intense “like” or it may be in the terms of foreplay, building up the intensity between you before the two of you tumble in bed.

Maybe she’s trying to build up your confidence or maybe she loves the sexiness and thrill of asking for dick pics, but whatever is the reason, enjoy it! And send those pics of your dick. Not only will she enjoy them in her own way, but you will enjoy sending those pics! Why? Because you will feel pretty good about yourself when she gives you compliments.

Just admit it, we all enjoy being complimented for our sexy bits.