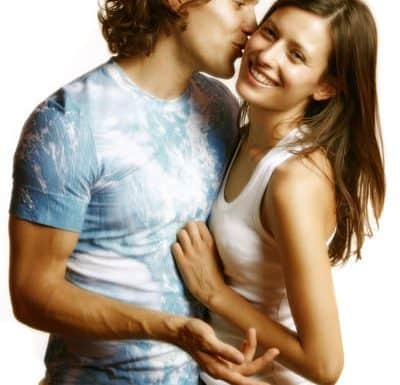 A few weeks ago I put up a blog on my site that showed a video where guys literally shoved a phone in a woman's face and said “give me your number”. What was interesting about this video was that almost ALL the women in this video did it.

As a woman, I know exactly why these women gave out their numbers so easily.  The reason was BECAUSE HE ASKED FOR IT!!!  Seems stupid but it's true.

These guys asked for the girls numbers and didn't doubt that they wouldn't get it. They asked for what they wanted and the girls responded favorably.  If the girls asked “Why do you want?” the guys would simply say “Because I want it” and for the girls, that was enough.

So after I put this video up and got over 200 comments on it, I got an email from one of my newsletter readers (if you're not subscribed to my newsletters, sign up below)

He wrote me this:

“I sent  your phone pickup video (where guys are asking women to add their phone numbers into  guys phones) to my very cute female friend to get her thoughts.  This is what she told me:

Haha, what a video! No, I wouldn't give my number to any guy who asked for it on the street, especially if the guy was hiding behind sunglasses, almost yawning and looking elsewhere while I type my number.

But add a good eye contact and a little twinkle in the eye to that and yes I see the point. I like guys who know what they want. Especially now that I had Andrew around and realizing how I reacted to his behavior… versus seeing what the hot kettlebell teacher is like and how I react to him.

Andrew is the ultimate nice guy, he cooked for me, cleaned for me, brought me flowers, massaged my feet, would do anything I wanted, didn't really have any strong opinions cos everything I said or suggested was fine. And I ended up being annoyed.

Whereas the hot teacher is very assertive. He tells me what to do and doesn't end up asking if it is too much or too little or too this and that… and for some strange reason I find it very attractive!

I hear Marni about women liking the men to be strong. For me, it is very refreshing to be around a guy who doesn't worship the very ground I stand on. Yes he thinks I am attractive, and yes he is opening up to me more a little lately but he is not one of these puppy eyes guys who would bring the moon if I asked for it.

So I guess some sort of caveman style works with women. A man who is a leader… who says “no” to being bossed around by a woman. ;)”

I loved this response that E got from his female friend because she clearly stated what women are attracted to and the turn ons & turn offs from women.

WHAT DO YOU THINK? I want to hear your opinion. Don't be shy & Don't be a dick either 🙂