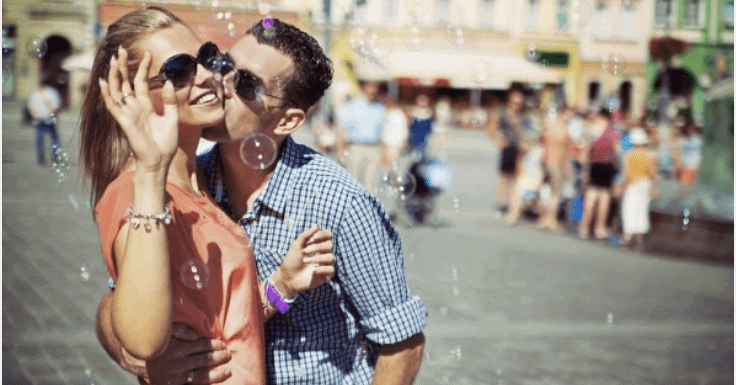 You may have noticed that a lot of my advice in these emails is focused around meeting women and creating attraction. And there’s a good reason for that. It’s the area where most men are struggling with women and dating. However, once you get this part down, there’s a next stage to master. And that’s what to do after you’ve already gotten her attracted and have been out on a couple of dates. You'll need to step up your game to keep her interested and increasingly attracted to you. Here's how to do it…

This is the important stage that’s going to determine what ultimately happens with you and a woman. Now that might mean you start sleeping together and casually dating… It could be that you take the first steps on building a more serious relationship together… Or it could be that you go your separate ways, never to see each other ever again.

Because it’s usually at around the 2 or 3 dates mark where both people get an idea of where they see things going. So the first thing you need to do is decide what type of relationship — if any — you want to have with her.

If you decide you’re not really into her and you don’t see it going anywhere, be upfront about that. Even if it stings a little to hear at first, she’ll appreciate your honesty and that you’re not wasting her time or leading her on.

What should you be doing at this stage to give yourself the best chances of getting the woman you want?

Well, the first thing is to mix things up and keep it interesting. One mistake some men make is to choose the same date idea and even venue for every date. So that might be the same lounge bar, or coffee shop, or restaurant, or whatever it is.

But if we go on 3 dates with you and do the same thing every time, we’ll see you as one-dimensional. It’ll feel like we only do this one thing with you, and if we get into a relationship we’ll be signing up for more of the same.

And there are a ton of date ideas to choose from that don’t involve the typical dinner and drinks thing e.g. walk in the park, museum, bowling, ice skating, theater, concert, stand up comedy, cooking a meal together etc.

You don’t have to go crazy and come up with a dozen different date ideas. But the more we can have varied experiences with you, the more we’ll be able to picture ourselves being in your life going forward.

Another thing that’s important is to show us more of who you are as a person. Typically the first couple of dates should be more about having fun and building that attraction and tension, with a light amount of the more serious “getting to know each other” stuff for good measure.

Once that’s established though, we want to see that you have some depth to you. That you’re a guy with more going for you than just knowing how to flirt and attract pretty girls. It’s at this stage we want to connect even more on a deeper level. We want to know your hopes, dreams, fears and everything else that makes you tick.

So you still want to keep things fun, but also be mindful that we want to see more of the other parts of you also. And lastly, if you haven’t slept together yet, you want to lead things towards that as soon as possible. (Unless there’s a very specific reason, like your shared religious beliefs or something.)

That’s because when we sleep with you, it’s really the ultimate form of investment on our part. We’re essentially giving up the one thing that gives us a bit more power early on, and putting the ball in your court. I realize that sounds a bit sexist, and it’s not very empowering for women, but it’s true in most cases. Once we sleep with a guy for the first time, there’s that part of us that wonders if he’ll still want to see us again… or if he’ll ditch us now that he’s got what he wanted.

And we also usually become more attracted to a guy after we sleep with him and feel more of a bond. So that means that one of the best ways to get us feeling attached to you and wanting to keep seeing you is to get us into bed.

Because if you don’t move things forward and create that sexual connection, you risk losing her to a man who does. You should assume you’re not the only guy she’s going on dates with, at least early on. And all things being equal, we’ll usually choose the guy we’ve had sex with over the one we haven’t.

Letting your guard down and showing her the real you so you can connect on a deeper level, while varying the experiences you have and creating a strong sexual connection also.

And if you’re wondering how to best do all of these things, then you need to go and check out my secret vault of dating wisdom.

It contains 21 of my best trainings And best of all, you get all of this for less than a hundred bucks.

Many of my students credit this with finally getting the woman they always wanted, and you can get access to the same secret trainings right here. 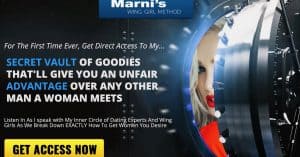