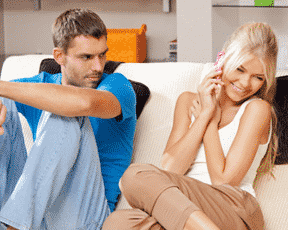 And it finally dawned on me that that reason may be because of ANOTHER MAN.

One of my group coaching clients recently asked, “So I'm really into this girl… but she has a boyfriend. We haven't DONE anything yet or even acknowledged that we're into each other… but we flirt constantly and I think I'm really starting to fall for her… WHAT DO I DO?”

The truth is, if you DO anything to try to get her, you're automatically that scumbag trying to steal another man's woman.

Isn't there a Bro Code against that?

There is… and breaking it would be ground for getting your ass kicked.

Then again, NOT doing anything doesn't take into account YOUR feelings and what you want for yourself…

How you feel is how you feel and I would never tell you that it's wrong to want somebody.

1. Don't hang around in hopes of her changing her mind: A lot of guys will stay “friends” with the woman in hopes that she'll eventually have an “AHA!” moment and realize that HE'S the one she should be with. This is Friend Zone territory and if you're hanging around her like a sick puppy dog, THEN STOP IT NOW.

2. Don't talk badly about the boyfriend/husband/other guy: This makes you look pathetic and like you're trying to prove yourself. Putting down the man she's involved with is insulting to HER. It also shows that you don't respect her choice of a guy and ultimately makes you look inferior for needing to talk shit about him.

3. Don't go out of your way to be there when he isn't: OK, this is a tough one because while you wanna show her how much BETTER you are for her… being her White Knight when he's not around only benefits HER; she gets to have the shitty boyfriend while still having you rescue her. Don't fall into this role! This will only let her know that she has you to take care of her and make her feel better about herself whenever her boyfriend falls short.

OK now that we've got THOSE out of the way… here's what you CAN do, if you so choose.

But don't tell her in hopes of her leaving her man for you… tell her because you wanna be open and honest about what's going on for you.

Then (this is the part that's gonna suck), you need to let her go.

Most men (and people in general) pine after others because they're unable to let their true feelings out.

So it just sits and stirs inside them until eventually they go crazy.

YOU may be at that point already, and if you are, the only thing to do is let it out.

Not only will she respect you for it, she'll most likely be faced with a realization herself, which is that she MOST LIKELY has feelings for you too… feelings that wouldn't be there if she was TRULY happy with her current man.

But once you tell her… you MUST leave it there.

This means no demanding that she be with you, no hanging around hoping she'll change her mind now that she knows, and DEFINITELY no trying to STEAL her.

If she likes and RESPECTS you the way you do her, she'll leave her man before even attempting to head your way.

Find Out How To Avoid The Friend Zone Once and For All:
CLICK HERE 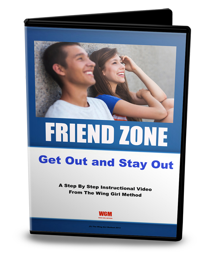 Putting it on her takes YOU out of the hot seat in having to be a “home wrecker.”

Letting her go once you let your feelings out also keeps you from becoming the “other man”… because mark my words, if she cheats on him with you… she'll surely cheat on YOU with someone else.

So once you've said your peace… make sure you peace OUT.

You'll probably feel more free to meet OTHER women because you're no longer harboring feelings for HER.

And THAT'S what women are attracted to – a man that doesn't NEED us.

Find Out How To Ultimately Get The Girl Every Time…Without Landing In The Friend Zone:
=> CLICK HERE