What Turns Women Off

Last night I totally thought of you when I was with my girlfriend Danielle. We randomly got on the subject of what turns women off. We were watching this super cheesy show called Married At First Site which is based on a social experiment on partnership.

The premise of the show is pretty amazing.

The show pairs up six people who agree to legally marry a complete stranger.

The series then documents their life together for several weeks. At the end, the couple has to decide whether or not they want to stay together.

By no means am I writing you to promote this show, even though it is kind of interesting.

I write this because as your Wing Girl, I swear to always give you direct access to what women think and do when you're not around.

Here is something you might not know about women. When girls get together their “ladylike” filters disappear and they say some pretty raw stuff!

It's true! Women are not always polite, soft little angels. 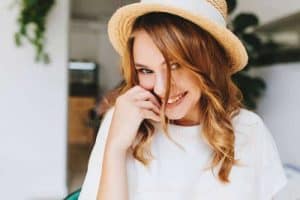 Sometimes we say and think things that aren’t particularly nice.  Honest but not nice.

I wanted to share this with you is because I want you to know the things that we label as turn offs and deal breakers, so that you can be in the know.

To be honest, I would avoid doing them at all costs.

I’m sure if you heard these things, you may deem them stupid.

Here are some of things we say to each other during the show that I hope help you:

“You can honestly tell that guy is horrible in bed by the way he stands.  He just looks weak and like you would have to do all the work.”

– Here is a comment about how a man carries himself. He had poor body language and didn’t stand up to his new wife when she was bossing him around. He became absent and appeared to shut off.

Here’s another statement we made “What an idiot!  If he just noticed how frazzled and nervous she was about moving into together. And instead walked in and gave her a hug, she would be head over heels for him. Now she’s going to hate him.”

– This comment was made because on moving day this guys new wife was aggressively setting up the new house and ignoring him.

Ignore her cries for help

She threw things. She wore an expression of anger and she would not make eye contact with him. And what did he do?  He ignored her obvious cry for help and kept unpacking instead of taking that opportunity to connect and get closer.

A hug and acknowledgement of the fact that he is nervous too would have been a game changer for them.

Even if he didn’t know what was going on with her, just a statement like “I can see that something is upsetting you but I’m not sure what it is. Tell me what’s going on with you.”

Something was obviously bothering her and him caring enough to notice and ask about it would have made them closer. Instead he ignored it and now she thinks she can’t count on him. 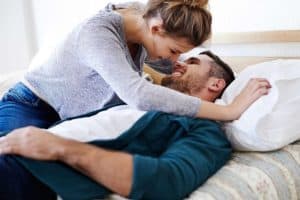 Here is another comment, “If I walked into a guys apartment and saw those bed cover and curtains, I would run out of there as fast as I could.”

– This comment was made, when getting a tour of the super cute guys house and it was revealed that he had gold sheets and gold curtains.

I can’t express this strongly enough but that is a huge “no no”  for every woman.  This screams player, cheeseball and grossness.

I just know that at some point a gold thong would have been whipped out too. Yuck!

– This comment was made when one of the new husbands had just finished his first home cooked meal prepared by his new wife. 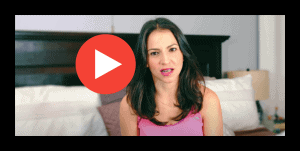 When the meal was done he swooped her up in his arms and said I’m taking you off to bed little one. It’s time to get your reward!

We both sat up when he said “little one” and rewound it three times just to see if he actually said that!

To be honest it wasn’t the “little one” comment that we liked so much, it was the full package of what he did with this woman.

He flirted with her. He hugged her from behind, kissed her on the neck and then lifted her up and took her to the bedroom.  I wanted to be in his arms.

There you go! Not ground breaking stuff but as I said in the beginning of this video, these little nit picky things send big messages to women.

Messages that could scream “NEXT”.

I want you to always win with women not just sometimes win.

Tired of the hit and misses that turn women off?

To win with women you need to build unshakeable confidence. The kind of confidence that makes you smirk inside and think “how cute” when she has little fits. That makes you act on your deepest desires when she's being sweet and doing nice things for you.

I’ve put together a free 45 minute video that I know will put a smile on your face.

Once you’ve watched it, I promise you will easily pick up on women's subtle cues, because you'll no longer be nervous and second-guess yourself.

To watch this 45 minute video go to winggirlmethod.com.

Remember, finding the right girl doesn’t have to be hard…when you understand what women really want.

Go watch my free 45 minute video by going to winggirlmethod.com