Reframing how you think is the first step to becoming a badass with women.

I'm going to share a quick and easy way to get everything you want with women.

And when I say EVERYTHING I mean everything.

Now a heads up, some of your moms might get angry at me for teaching you what I’m about to teach.

I’m going to teach you how to unapologetically ask for what you want with women.

Now at some point along the way, you misinterpreted the message given to you by your parents or teachers, or other adults in your life that said, “always be polite” which means that you must never ask for what you want.

And if you do, Oh My God you're a jerk or just a downright awful person.

When the truth is quite the opposite.

If you’re not clearly stating what you want, but rather skirting around it, you are actually being MORE impolite.

Plus, you’re screwing yourself in the process.

And when screwing yourself it means that you’re not screwing women, in a good way obviously.

But we’re about to change that.

Because I’m going to show you how to re-wire your current programming that says to be polite, keep your mouth shut, and don’t ask a woman for anything.

By teaching you how to tell women what you want with an exercise called “I Want”.

Here's the first thing you need to be able to do to get everything you want with women. 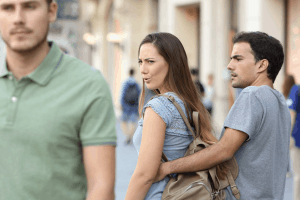 You need to be able to lead

Leaders tell you what they want.  They don’t hide it.  Cover it up and pretend they want something else so that you feel comfortable.

Leaders and men that succeed with women, tell it straight.

They ask for what they want and if that woman doesn’t want it, they move on.

I want you to wipe away what you learned as a child. It is 100% okay to ask for what you want.

Do not worry about people thinking you are rude, harsh, arrogant, or a big A-hole.

What you may be is a passive, nice guy, who seems to always get passed over by others who you think are less deserving.

Sorry to be so blunt, but it’s true.

They love leaders and they want to be with a man who knows what he wants and goes after it.

A man that can challenge them and has his own opinion.  Not a man they can push over.

One little note: This does not mean refusing to hear what women want and blowing past their wants. 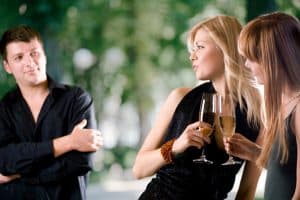 How to ask for what you want

I want your number.

I want to take you out next week.

Obviously, you will finesse these statements, but at the base, this should always be what you are expressing.

If you’ve never been one to do this, the I Want Exercise and Tool are going to be your new best friend.

This will help with women, but will also help in all other areas of your life.

Here’s How To Do It:  Exercise: I WANT

For many people, this phrase can be tough at first.

I WANT you to use the words I WANT 5 times per day.

Tell coworkers what you want, people at stores, your friends, everyone.

And if you don’t know what you want or don’t even have an I WANT, take a breath and think about it.

Then say it out loud.

I know that right now this doesn’t seem like anything magical but it is.

In just a few short days of doing this, you will notice something shift both in you and how others view you, especially women.

No longer will you tell a woman “it’s totally fine that you’ve canceled on me for the 4th time and asked to reschedule. I know your dog hates to be alone.”

Instead, you’ll let her know that she’s missing out on an amazing guy who has countless other options and there’s an expiration date on how long his attention is directed at you.

You won’t say this directly, but the way you’ll carry yourself will let her know that without it being said.

As soon as you can ask for what you want and not be afraid of it, doors that seemed closed before will slowly start to open.

Your chest will puff up.

Women will take notice of you.

AND you will be a man that can ask for what he wants without apologizing for it.

Become the man and know what women want

Check out my top-rated system How To Become A Man Women Want by going to winggirlmethod.com/becomethemannow

Fair warning though: once your guy friends see the way women respond to you once you discover this, they may not let you anywhere near their girlfriends or wives!

For more tips on how to become the man women want, simply go to winggirlmethod.com/becomethemannow

Your very own wing girl.

Seriously? Guys, THESE are the 3 things that all girls are attracted to in a man (in order of priority):
1.) Looks
2.) Height
3.) Financial Status