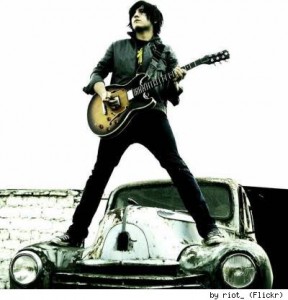 Why are women attracted to rock stars?

Don't you just hate that guy at the front of the stage? Or the one thrashing chords out on the guitar?

You know! The guy that every woman in the room has her eye on?

Rock stars are such an aphrodisiac to women ; that I thought I'd ask a woman who knows them really well exactly what makes the front man of a band so irresistible.

Lorraine Lewis (The Original Femme Fatale & 80's rock star) is a reformed rock chick who's interacted with the celebrity world for years: and knows a thing or two about rock stars' flirting techniques! In fact, she is the producer of a new show all about the wives of rock stars.

With her expert opinion we discuss what qualities make rock stars attractive (and how EVERY guy can become just as magnetic).

Turns out the qualities she really connects with, and digs, may not be the ones you thought! And as we delve a little deeper, including two role plays of guys trying to pick her up: even Lorraine discovers that what she thought was attractive changes!

For the first time ever, I was surprised by a woman's response during an interview. 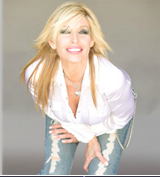 Here are a few of things we discussed:

– Why did she fall for the bad boy?

– What is it about rock stars that women find attractive?

– Can a non rock star type send the same vibe to a woman?

– What makes a woman want to engage in conversation with a man?

– The right way to touch a woman and not be creepy

– How to approach a woman and create an instant attraction

So if you want to get beyond the answers women normally give you as to what they're looking for: and into the real secrets behind attraction, then take a listen to a portion of our interview:

Want to hear the full 33 minute interview with Lorraine?

Check out What's Inside A Woman's Mind! I am constantly updating this program with amazing new interviews with Beautiful, Sexy, Amazing women.  Lorraine has just been added today.

If you are a Wing Girl Method subscriber, remember to use your Valentines Day Coupon 😉