Why are women gold diggers you ask? Let me tell you the truth about women and money and 2 deep psychological reasons that attract MOST women to guys with money.

Here's a question I get all the time:

“Marni, I know you've been saying it's all about confidence, presence, and whatnot, but what about guys with MONEY?  You know it’s all about the Benjamins right?

Guys with money seem to get all the girls. Why? Isn't that just evidence of why women are gold diggers?”

Well, I'm going to give you an answer and I'm going to tell you from a perspective you almost NEVER hear from when it comes to this question. 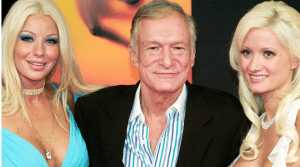 Why are women gold diggers? The female perspective.

Strap yourselves in ‘cus you're going for a ride in the female mind and it might get bumpy.

Before we get into this, I have to give you a little warning.

It's best you stay far, far away from them because nothing good ever came from ANY kind of interaction with a gold digger.

UNLESS you are into that and okay with that exchange.

As well, there are some women who are used to or want a certain type of lifestyle and will typically not select anyone who does not fit into that lifestyle.

Everyone is entitled to their own level of wants.

That doesn’t mean they are shallow or gold diggers.

If you are fit and like others who also value fitness and healthy living, would you be open to dating someone that is not into fitness, not respectful of their own health, and doesn’t respect the fact that health and fitness is something you highly value?

But they would have to have many more wonderful things about them to outweigh these deficits.

It's what the money represents they care about

Don't actually care about the money itself.

It’s what the money represents. 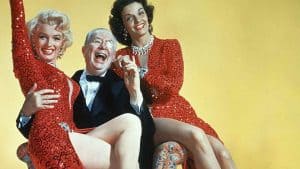 Two psychological reasons that attract women to guys with money:

He has raw ambition and passion.

Women love a go-getter and having money usually means you are.

Unless, of course, your Aunt Dotty left you a fat inheritance before she passed. ; )

But that’s a rare situation.

2. Picture this. You have 10 billion dollars in the bank right now.

What money buys you

How much more confident would you be?

How many fewer F-U-double-hockey-sticks would you give in your day-to-day life?

That kind of self-confidence and being that centered gives you an aura that's irresistible to women.

Now here's the exciting part for you.

You don't need money to have ANY of these qualities.

These things all come from inside of you.

In fact, I'd say you have an advantage over somebody who has these qualities because of the money they have. 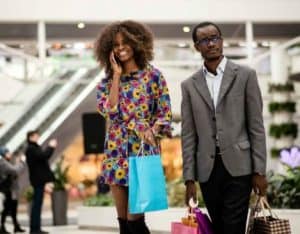 Having it from the inside-out is 10x more alluring and intoxicating to women and women tend to want to stick around when men have these qualities.

And again, you have those qualities without having the dollars.

If you want to know how to build all of those “invisible” attractors then I have something for you.

I’ve put together a free 45-minute video that I know will put a smile on your face.

Once you’ve watched it, I know you’ll be eager to put my suggestions to work immediately!

All you have to do is go to winggirlmethd.com.

Join the other 1.5 Million men who have gotten the tactics and tools they needed to go from Mr. Nice to Mr. Holy shit I want him.

evidence(law) all the means by which any alleged matter of fact whose truth is investigated at judicial trial is established or disprovedMore (Definitions, Synonyms, Translation)