Mindsets That Players And Bad Boys Use To Get Girls

Whether you like it or not, bad boys and players have an unfair advantage with women. But why do girls like bad boys so much?

They often date and sleep with the hottest women, who other men only dream about.

And the truth is, this doesn’t happen because they know special tricks and tactics to seduce women.

Yes, they do many things differently than other guys out there.

But, the magic doesn’t lie in what they do. The real magic lies in how they think.

Because it’s how they think that makes them do what they do, naturally,

This means, if you can model the best parts of their mindset, you too can possess the advantage these guys have.

You too could have dates and sexual encounters with the top-tier, high-quality women.

You’ll discover how bad boys and players actually think, and how it gives them a massive advantage with women that other guys never have.

So I’ve found that the psychology of bad boys and players can be divided into 3 main parts.

These 3 parts, I believe, have the most influence over how they interact with women.

And today we’ll look at why do girls like bad boys in 3 parts, separately, starting with… 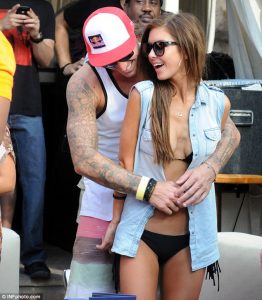 Bad boys and players believe in taking charge of things.

When they see a girl they like, they immediately assume responsibility.

They believe it’s their job to go and start a conversation; engage the girl, keep the conversation going, break the touch barrier, ask her out, go for the kiss, and everything else.

They don’t expect the girl to lead.

As in, they don’t wait for the girl to somehow come to them or give them signs that they should approach.

They don’t rely on the girl to keep up the conversation… or initiate a kiss… or voluntarily give them her number… and stuff like that.

They feel if they want something to happen, it’s their job to make it happen – from start to finish.

In fact, back in college, I knew a guy who exemplified this attitude perfectly.

He was just a normal dude. Decent looking. Kinda skinny. Not particularly funny or clever.

But when it came to chatting up women, he was remarkable!

Oftentimes, in social gatherings, I’d see Jack approach and talk to girls… who didn’t even show any clear signs of interest in him.

But he couldn't care less. All he cared about was his desire to get the girl.

So he’d keep chatting; making jokes, telling stories, flirting from time to time, without worry about anything.

And more often than not, he’d turn things around completely.

The same girl who didn’t show any interest at first would go home with him, or at least agree to see him at a later time.

It was truly astounding.

One night, while we were at a bar, I saw this exact scenario play out.

So I asked him…

“Jack, that girl didn’t seem to be interested in you at all. How the heck did you turn things around?”

“Of course she wasn’t interested. I mean, I’m not her celebrity crush or something. So I gotta take my time and make things happen, y’know.”

Do you see how different that is?

Most guys think either a girl will be swooning over them in seconds, or they’re done. There’s no chance.

But men like Jack take matters into their own hands. They believe it’s their job to make something happen. Until there’s a firm no, they don’t worry about rejection.

They simply keep taking action. And this approach or attitude is highly attractive to us women.

Because, as I’ve said multiple times on this channel…

We want our man to lead. It’s hard-wired into our nature.

Be it when you first approach us or when we’re in bed together – we like it when you’re in the driver’s seat – taking control – making things happen.

I hope you understand the point because it's very important.

Alright, now, let’s go to the next part of the mindset of bad boys and players… 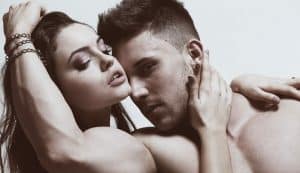 This is massive so pay close attention.

They're always wondering if they're making the right impression or not. And not only that… They're constantly second-guessing themselves.

Am I good-looking enough? Tall enough? Rich enough? Is this girl even interested in me?

There is a lot of doubt in their heads.

Girls notice when you lack self-trust and are constantly doubting yourself.

We can sense when you're in your head – worrying about things – instead of being present and interacting with us.

And that tells us that you don't think you're worth our company or time.

It tells us that you feel you don't deserve to be with us.

And that's such a huge turn-off!

It makes us lose respect for you. And destroys any chance of attraction.

Now contrast this with how bad boys and players behave around women.

They're full of self-trust; not even thinking about what they should and shouldn't do.

These guys don't care about what's the right thing to say and what's wrong; spontaneous and in the moment.

They do and say what comes naturally.

And that's because they trust in their inherent value. They trust they're good enough for any woman they interact with.

Actually, no, let me rephrase that.

It's not that they believe they're good enough. The truth is, they don't even think about value.

They don't wonder if they're alpha or beta, high value or low value, cool or uncool… or anything like that.

The idea that a girl might think they're not good enough doesn't even cross their minds.

They feel there's no reason to even question their value.

So, when they're interacting with women, they feel free to do whatever comes naturally.

They think they can do no wrong.

They're fun, spontaneous, confident, and expressive.

They can crack dumb jokes, make mistakes, embarrass themselves… and be okay with it.

Because, once again, according to them, there's no reason to question their value… and yet again why girls like bad boys.

We subconsciously buy into their belief system and this is why girls like bad boys. Just because they trust they're of value to us, we trust in it as well.

We start to feel that there's something about this guy. Something special. We naturally begin to admire and feel attracted to him.

And that opens our minds to dating him or engaging in sexual stuff with him.

Not only will it make me feel awesome, but it will also help this video reach more guys like you… who could benefit from it?

So take a second and hit that like button below.

I’d really appreciate it a lot.

Okay, moving on to the final part… 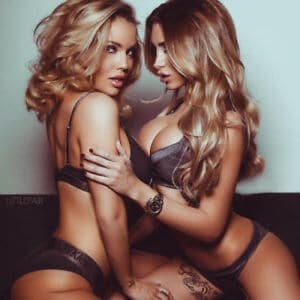 Well, this part is very simple, but hard to model.

You see, bad boys and players are hyper-aware of the options available to them.

They know that there are many beautiful women out there – whom they could date and have sexual relationships with.

They don't get attached to one particular woman. They don’t have tunnel vision towards one girl.

That means, they’re not really worried about how a girl reacts to them.

If things go as they want, that’s great. If things fall apart, it doesn’t matter.

They know they can pursue another girl… any moment they want.

This makes them come across as extremely non-needy. There’s no sign of desperation. There’s no approval-seeking behavior.

And that makes them super attractive to us women.

The problem is like I mentioned before… this part of the mindset, although very important, is hard to model.

Because this only comes with a track record of success.

As we know, this is why girls like bad boys.

Since they've dated and slept with many girls of their choice…

It’s easy for them to believe that they can do the same in the future.

It’s easy for them to avoid having tunnel vision towards one girl.

But what about you?

If you’re like most normal guys, and you haven’t had much luck with women…

Being non-needy, avoiding tunnel vision, and truly knowing that you have options… is going to be difficult.

That’s why I want to introduce you to something special today.

I want to give you the fastest way to gain success with women.

It’s a simple formula that helps you create instant sexual chemistry… with any woman you use it with.

But it’s also tested on over 5,000 women and proven to be very effective.

Taking advantage of this formula would be a good idea.

In fact, simply having this formula at your disposal…

…will boost your confidence immensely…

…because you’ll know you have a proven tool to spark chemistry with any girl, at your will.

Click the link here and you can discover what this formula is all about.

You’ll be led to a short video that reveals everything you need to know about it.

And once you do… You’ll possess the power to ignite sexual chemistry with girls… right out of thin air… whenever you want.

This means you’ll be one of the very few men who can get dates and sexual encounters, with gorgeous women, on-demand.

If you’re sick of struggling to get women interested in you, this could change everything.

Just like it has for over 25,000 of my students – who use this formula to land dates with women of their choice, with ease.