Why Do The Most Attractive Women Make Me Shy?

AND we're going to talk about how to change that.

There’s a complaint I hear from men ALL the time.

They do well with the women they’re not really attracted to but they never get the ones that they really want.”

Because I don’t want you to waste your time settling for less than what it is you truly desire.

Both with women and with life in general.

We don’t want to be with a guy who’s only kinda-sorta into us.

We want a man who looks at us like we’re the sexiest, most desirable woman in the world to him.

So if you’re only pursuing the women you think you can get instead of the ones who truly get you excited, you’re hurting everyone involved.

And from my experience, there are typically 3 reasons why this usually happens.

Nobody likes to be rejected.

And sometimes it might feel like you have a better chance of success with the average-looking girl than the super hot one.

This also becomes an issue for a lot of guys who get into the pickup artist community.

They build their identity around being this guy who’s great with women, and they don’t want to do anything to threaten that image.

So their ego tries to protect itself by preventing them from taking risks that may damage it.

Guys in this category have the belief that they’re not worthy of the women they really want.

Whether it’s because of their looks, their status in life, or some other issue holding them back.

And the truth is, they’re right.

But not for the reasons they think.

It’s actually their deep insecurity and lack of confidence that turns those women off resulting in a self-fulfilling prophecy.

Yet because they feel they are worthy of some of the less attractive women, they behave in a more attractive way around them and end up dating them.

Every time I post a video I get at least 4 comments from guys saying “I know how to get a girl just show her your wallet”.

When I read messages like that I honestly want to pull my hair out.

Because this guy that wrote that comment is walking around thinking he gets rejected because he has no money.

When in reality it’s probably because of his low self-worth. 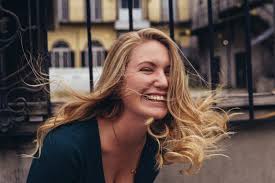 The 3rd reason is Being passive with the “most attractive” women

This is where most guys are who either don’t know how to approach women or are too scared to take action OR they don’t get out enough to meet women.

So instead of playing the masculine role and initiating the conversation OR getting out of the house they sit back and wait for something to fall into their lap.

It could be getting introduced to a woman by a mutual friend, or being in a situation where a woman approaches him first.

This is why a lot of guys end up with a woman from their work or their social circle.

It’s the result of convenience and happenstance more than having the skill to go out and get the woman they really want.

So if any of these 3 categories describes you, I understand where you’re coming from.

I would say at least 90% of the men I’ve coached live and online have been in a similar situation.

And it’s one of the first things I work on fixing for them.

We do this in a  bunch of different ways but the one way that I’ve found that has been very successful for my clients is to make the list.

The LIST is something so little but can have a huge impact on all 3 of the reasons I’ve given for why you aren’t getting the girls you want.

Things like; I'm funny, I have friends that love me, I’m really good at building lego.

Honestly, anything that is awesome about you.

Then when that list is completed I want you to read it out loud in the mirror every single day and own it when you do.

So that the next time you start giving any of the 3 reasons I’ve listed in this video, you have this list that says “I’m freaking awesome. Let’s go for it.”

That’s the first step to getting the women you want.

Saying screw it to the old mindset and welcoming the new one.

I don’t want to go through life wondering “what if” all the time?

Instead of the Plain Jane who looked like she’d be happy for any guy to talk to her?

Believe me, life’s too short to settle for less than what you want.

So if you’re only pursuing the women you think you can get instead of the ones who truly get you excited then I have something for you.

It’s a blueprint for approaching women.

And I’ve put it up on my site for you.

To get your hands on the approach blueprint go to: winggirlmethod.com/approachgirlsyouwant

or click the link below in the description box and it will take you to my website where you can get instant access to the blueprint.

The approach blueprint gives you all the tools you’ll need to approach and get into fun, meaningful conversations with ANY girls you choose.

You’ll get more numbers and dates with beautiful women than you ever have before.

And you’ll no longer have to settle for girls who are “just good enough.”

You will have your choice of women from this day forward.

Go check out the approach blueprint.  I made a short video telling you all about it.