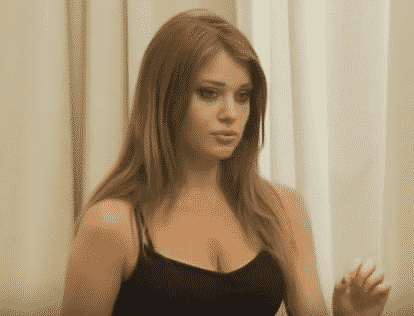 What’s the worst kind of impression you can make on a woman?

Many guys think it’s anything that causes her to see you in a bad light.

But the truth is, the worst kind of impression you can make is none at all.

You wouldn’t believe how many men my girlfriends and I meet who think they’re sweeping us off our feet… yet 15 minutes later we barely remember them!

I mean they’re literally out of minds, never to return.

So what’s going on here?

What’s the difference between these guys who make zero impact on us… versus the men we can’t get out of our heads? The ones who have us checking our phone every 5 minutes to see if they’ve texted us back yet!

I want you to watch this video because I think it will make things VERY clear to you as to why you may not be the guy that we can't stop thinking about.

As Kezia said, the guys we remember are the ones who don’t hold back on showing us their REAL PERSONALITY.

They’re not afraid of letting go and being their true selves around a woman, and we love them for it (even if we sometimes act like we don’t!)

Given a choice, most women would rather be with a man who annoys her from time to time instead of a guy who never makes her feel anything.

And that’s exactly where many guys are going wrong – they hide their true personality, and in doing so, come across as boring, bland, and forgettable.

I’ve had many clients guilty of this mistake as well, and often they don’t even know they’re aware of it!

When they’re talking to me 1-on-1 they’re fun, interesting and energetic… yet when they approach a random woman all of that goes out the window.

Why does this happen?

Usually it’s down to one of two reasons.

The first is the one more commonly known and talked about. It’s where the guy puts on a nice guy act because he’s afraid of offending us.

But it’s the second reason I want to focus on, as many guys are unaware they’re even doing it.

What they do is hide their real personality because it stings less if a girl ‘rejects’ them.

Because instead of taking the rejection personally, they can play it off and feel like she only rejected some kind of persona they put on.

It’s really no different than a guy who acts obnoxious around women and does things to blow himself out… he’d rather give them an excuse to reject him instead of take the chance she doesn’t like the real him.

Now as much as it sucks to feel rejected, if you never put yourself out there and take a chance, you’ll never really connect with the amazing woman you deserve.

So if you recognize this as something you’re guilty of, you need to stop – immediately!

What we really want is a man who has the confidence to be his true self around us.

Because when you tone down your personality and give us a boring, generic, bland version of yourself… you’re robbing us of the one thing you can give us that no other man can: YOU.

You have your own unique personality, insights, experiences, outlook and quirks that make you different to any other guy out there. And that’s what we desperately want you to share with us.

And even though not every single girl will want what you have to offer, many will. Plus, you’ll be far better off with someone who wants you for who you really are, rather than for who you’re pretending to be.

Make sure you keep this in mind the next time you’re tempted to fall into the boring, nice guy act. And even if she doesn’t fall in love with you, at least she’ll remember you!

Now, if you’d like a ton of other practical ways to stand out and make a strong impact on any woman you meet, you really need to Get Inside My Vault.

It contains my best advice and secrets from many of the top dating experts in the world. Click below to discover the super deal on offer right now, as well as the exclusive bonuses you’ll receive.

Get Inside My Vault Now: https://www.winggirlmethod.com/get-in-my-vault